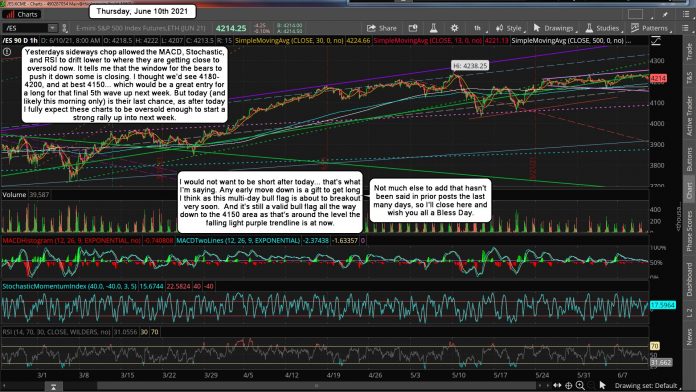 Yesterdays sideways chop allowed the MACD, Stochastic, and RSI to drift lower to where they are getting close to oversold now. It tells me that the window for the bears to push it down some is closing. I thought we'd see 4180-4200, and at best 4150... which would be a great entry for a long for that final 5th wave up next week. But today (and likely this morning only) is their last chance, as after today I fully expect these charts to be oversold enough to start a strong rally up into next week.

I would not want to be short after today... that's what I'm saying. Any early move down is a gift to get long I think as this multi-day bull flag is about to breakout very soon.  And it's still a valid bull flag all the way down to the 4150 area as that's around the level the falling light purple trendline is at now.

Not much else to add that hasn't been said in prior posts the last many days, so I'll close here and wish you all a Bless Day. 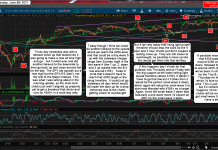