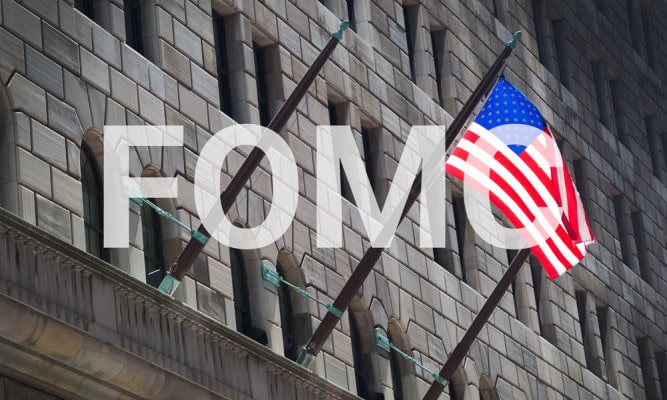 Today is the day many have been waiting for... I know I certainly have. This market won't collapse or do a blow off top (then collapse) until it hears what the Fed say at todays FOMC meeting around 2pm EST. There's major resistance overhead around 4330-4360 and minor at 4290 (ES... so higher on SPX). I don't expect much movement prior to the meeting but afterwards is could be a wild ride with swings up and down to trick the most traders.

What I'm focused on is the close, which I want to see it rally up into and carry into Thursday... then top out. This will trick the most traders I think as they will start calling for 4400 once 4300 it taken out. But this should be the final 5th wave up, so I seriously doubt if the market get up to 4400 and starts a new rally phase.

A pullback, correction, or crash should be first... again, which I don't know. But I'm leaning toward a crash for several reasons, all I can't cover here. One though is that fact that hardly anyone is looking for one right now. Well, at least not traders. I see the technical picture and wave count, plus past history for the month of June and for years ending in one (2021, 2011, 2001, 1991, etc...) to try and help me make the best forecast. For the month of June there is commonly weakness in the second half on a historical basis. 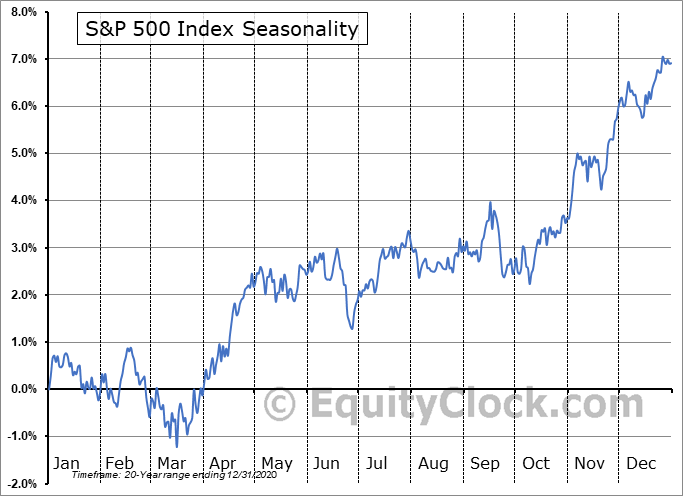 It doesn't mean you crash of course, but it's saying that pullbacks and or corrections are common for this month.

On the years ending in one the common theme is that they seem to end about where they start, (the close of 12/31/20 was 3576 SPX) which is around 3700 or so I believe. Therefore any drop this month, and into October before it's common to turn back up and rally into the end of the year, will likely bottom below that level so the market can go back up to close out the year around flat.

October doesn't always put in the low for the year but it's common to put in the last low before the yearend rally starts.  So it could be just a wave 2 down to make a slightly higher low or double bottom... we don't know?  It could also be the bottom of the C leg down to make a lower low.  Point is that it's common to mark a low of some degree before a rally back up the rest of the year.

This is another reason I don't see just a correction of 10% as that's only down to about 3900 from around 4300 (speculated possible top this week). You could do it with 20% I guess as that would be around 3500 for the bottom (likely in October) and then you could rally back up to say 3700 to close out the year. Of course if we only see a pullback of 3-5% this rally up into the end of the year couldn't work... at least not right now.

Many traders are looking for either a pullback or correction and then a rally up into September or October for a final large wave 5 to end it all, and then a crash. This doesn't align up with the pattern of a bottom in October and a rally into the end of the year. At least it doesn't unless the market topped at the start of October and crashed so fast that it bottomed by the end of that month.

Very unlikely in my opinion. The 2020 crash was 5 weeks... very fast. If we do other crash the pattern will likely change to one that last several months. Meaning that the first drop (A wave) will still be a big one (like to 3200 or so) but the B wave bounce of 50% or so won't be some simple "less then a week" move that is followed by a clean C wave drop.

No, the B wave should be complex with many wild swings up and down... and it should last a few months I think. It has to fool the most traders, and that's the only way to do that as last years crash is still fresh in their minds. They will short the 50% bounce looking for that C wave to take out last years low. It will never work with so many traders short. So the market will trick then some how with a drop of some degree but probably it will stop prior to the first low of the A wave and rally back up to frustrate them. But it might not go higher then that 50% bounce... again, frustrating the bulls that went long (and the bears still in the short). 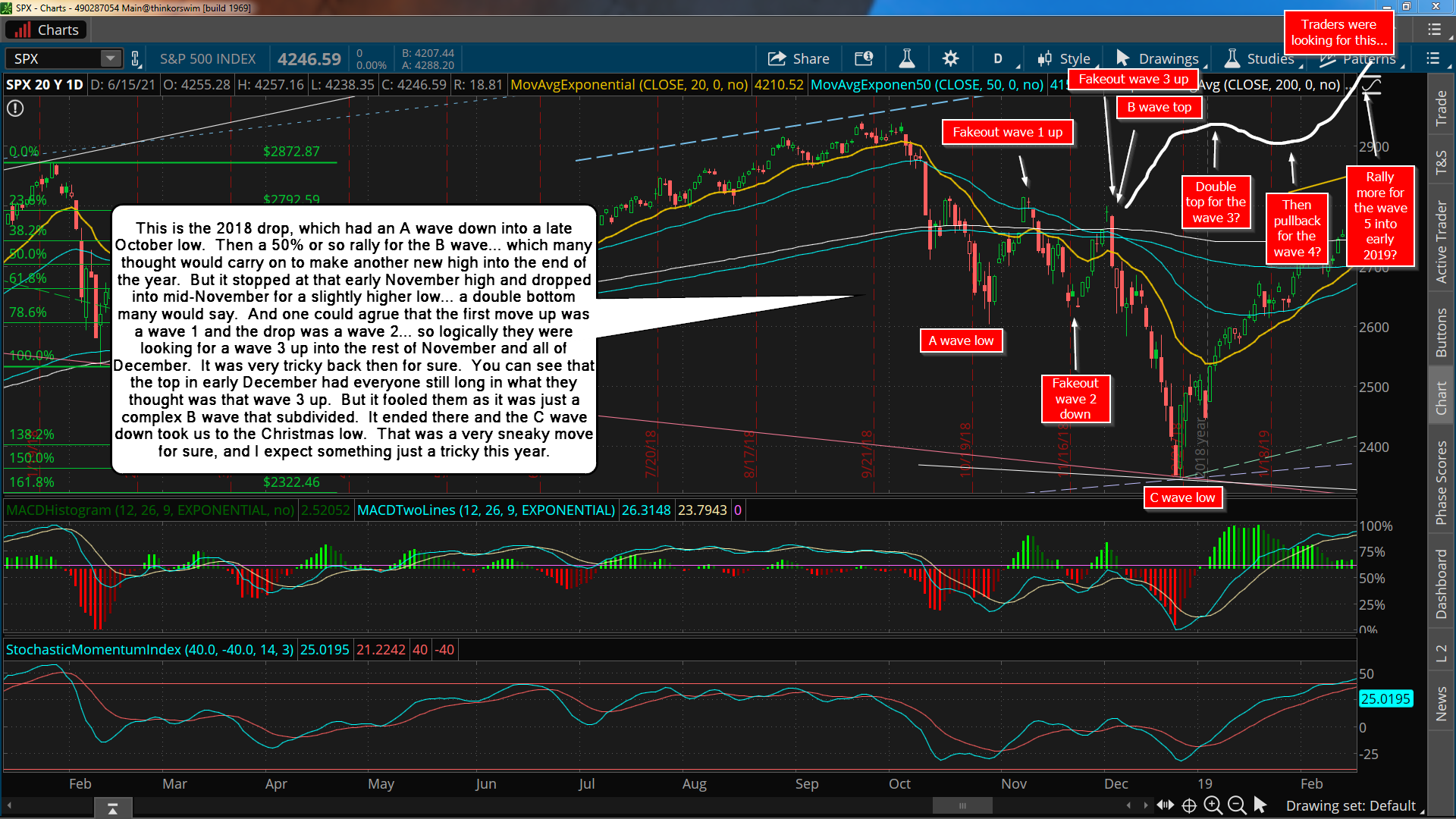 Look at the wild swings up and down after the first drop in September of 2018 for example. The market finally fell for the C wave into a Christmas low that year but the B wave was murder for a trader trying to go short or long looking for a breakout or breakdown. We should see something similar I think, but not exact of course.

This is again ONLY if my gut is right that we top out say tomorrow around 4300+ and start a crash down instead of just a pullback or correction. Have a blessed day.