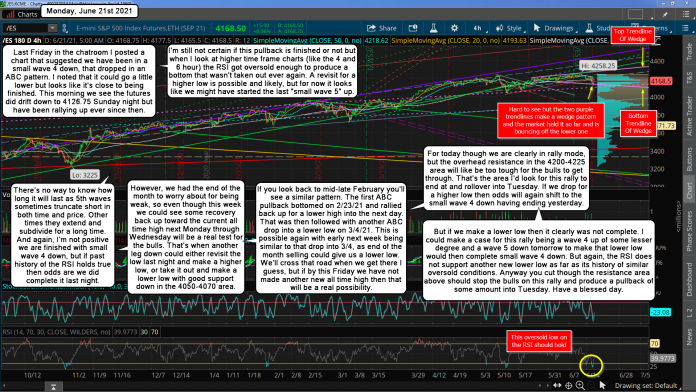 Last Friday in the chatroom I posted a chart that suggested we have been in a small wave 4 down, that dropped in an ABC pattern. I noted that it could go a little lower but looks like it's close to being finished. This morning we see the futures did drift down to 4126.75 Sunday night but have been rallying up ever since then.

I'm still not certain if this pullback is finished or not but when I look at higher time frame charts (like the 4 and 6 hour) the RSI got oversold enough to produce a bottom that wasn't taken out ever again. A revisit for a higher low is possible and likely, but for now it looks like we might have started the last "small wave 5" up.

There's no way to know how long it will last as 5th waves sometimes truncate short in both time and price. Other times they extend and subdivide for a long time. And again, I'm not positive we are finished with small wave 4 down, but if past history of the RSI holds true then odds are we did complete it last night.

However, we had the end of the month to worry about for being weak, so even though this week we could see some recovery back up toward the current all time high next Monday through Wednesday will be a real test for the bulls. That's when another leg down could either revisit the low last night and make a higher low, or take it out and make a lower low with good support down in the 4050-4070 area.

If you look back to mid-late February you'll see a similar pattern. The first ABC pullback bottomed on 2/23/21 and rallied back up for a lower high into the next day. That was then followed with another ABC drop into a lower low on 3/4/21. This is possible again with early next week being similar to that drop into 3/4, as end of the month selling could give us a lower low. We'll cross that road when we get there I guess, but if by this Friday we have not made another new all time high then that will be a real possibility.

For today though we are clearly in rally mode, but the overhead resistance in the 4200-4225 area will like be too tough for the bulls to get through. That's the area I'd look for this rally to end at and rollover into Tuesday. If we drop for a higher low then odds will again shift to the small wave 4 down having ending yesterday.

But if we make a lower low then it clearly was not complete. I could make a case for this rally being a wave 4 up of some lesser degree and a wave 5 down tomorrow to make that lower low would then complete small wave 4 down. But again, the RSI does not support another new lower low as far as its history of similar oversold conditions. Anyway you cut though the resistance area above should stop the bulls on this rally and produce a pullback of some amount into Tuesday. Have a blessed day.

Chart from last Friday in the chatroom below... 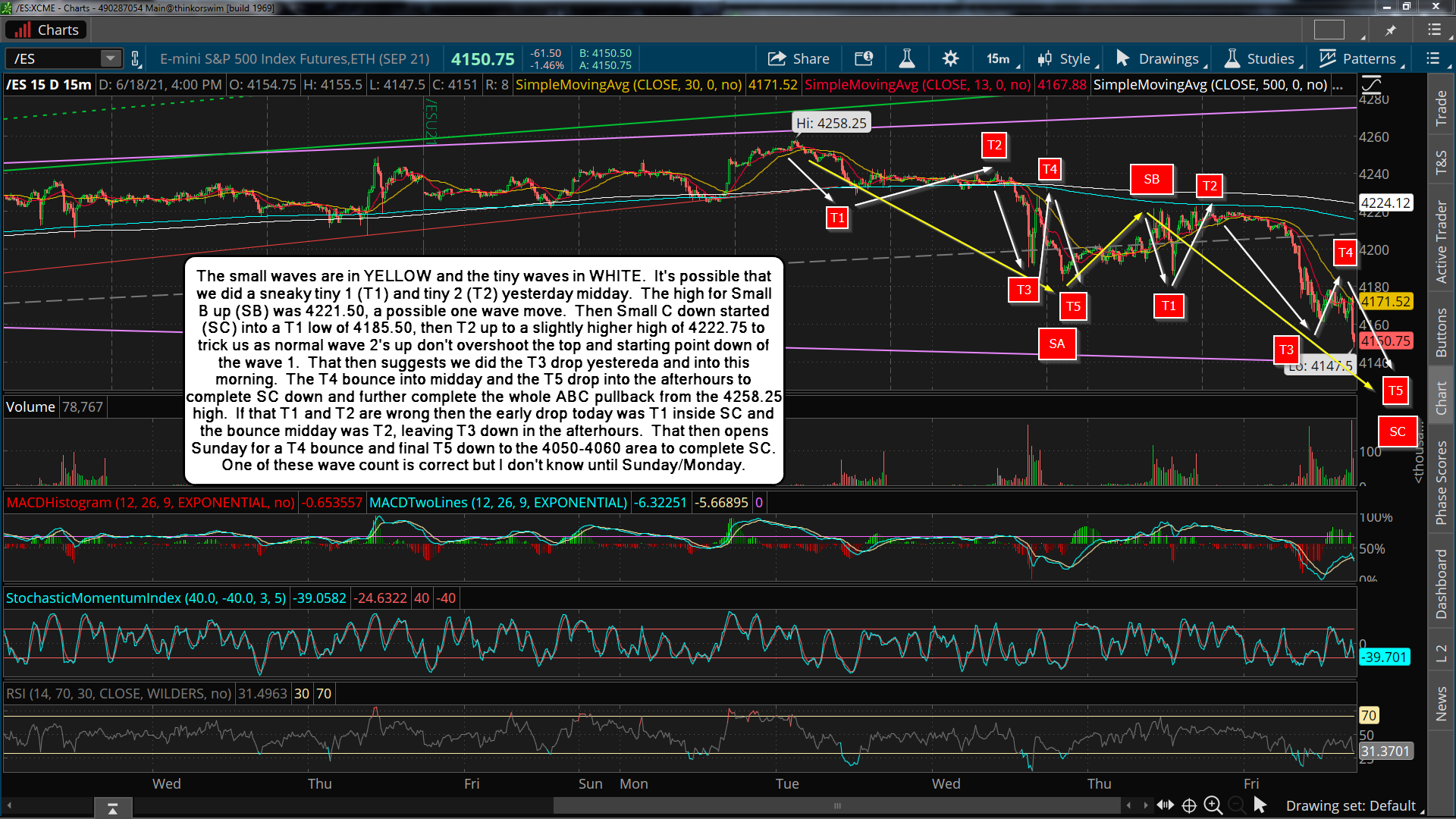