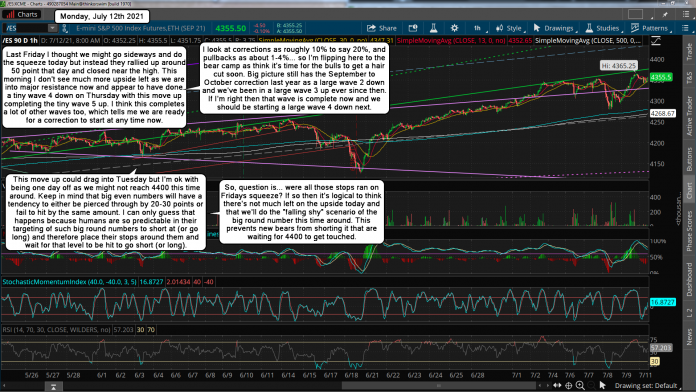 Last Friday I thought we might go sideways and do the squeeze today but instead they rallied up around 50 point that day and closed near the high. This morning I don't see much more upside left as we are into major resistance now and appear to have done a tiny wave 4 down on Thursday with this move up completing the tiny wave 5 up. I think this completes a lot of other waves too, which tells me we are ready for a correction to start at any time now.

I look at corrections as roughly 10% to say 20%, and pullbacks as about 1-4%... so I'm flipping here to the bear camp as think it's time for the bulls to get a hair cut soon. Big picture still has the September to October correction last year as a large wave 2 down and we've been in a large wave 3 up ever since then. If I'm right then that wave is complete now and we should be starting a large wave 4 down next.

This move up could drag into Tuesday but I'm ok with being one day off as we might not reach 4400 this time around. Keep in mind that big even numbers will have a tendency to either be pierced through by 20-30 points or fail to hit by the same amount. I can only guess that happens because humans are so predictable in their targeting of such big round numbers to short at (or go long) and therefore place their stops around them and wait for that level to be hit to go short (or long).

So, question is... were all those stops ran on Fridays squeeze? If so then it's logical to think there's not much left on the upside today and that we'll do the "falling shy" scenario of the big round number this time around. This prevents new bears from shorting it that are waiting for 4400 to get touched.

Also, last night I spotted a possible FP on the SPY, which could market the high today?  Here's a screenshot I took of it. 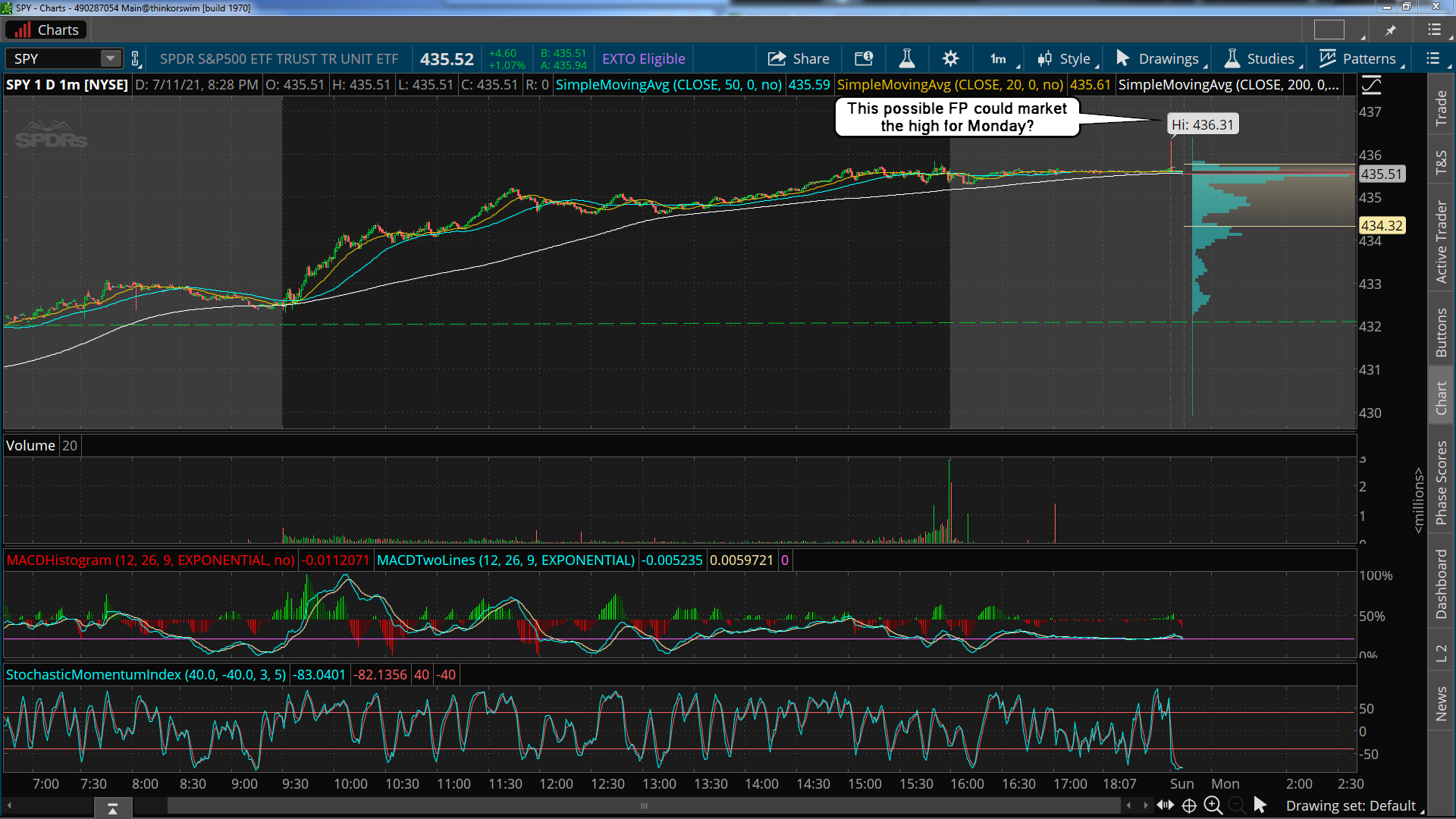 This FP is clearly lower then the big round number of 4400 ES (or SPX) as that would equal about 440 on the SPY.  It aligns up with my thoughts that this time around we'll fall shy of hitting the major resistance area overhead instead of piercing through it.  It tells me that the stops were likely run on the squeeze we had on Friday.

So, if all goes as planned then after that FP is hit we should start the correction afterwards.  Have a blessed day.