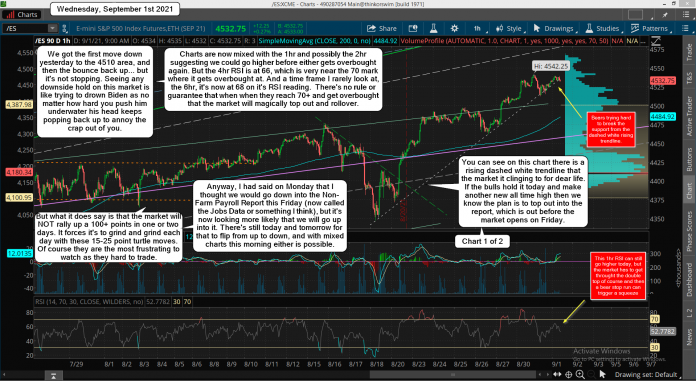 We got the first move down yesterday to the 4510 area, and then the bounce back up... but it's not stopping. Seeing any downside hold on this market is like trying to drown Biden as no matter how hard you push him underwater his head keeps popping back up to annoy the crap out of you.

Charts are now mixed with the 1hr and possibly the 2hr suggesting we could go higher before either gets overbought again. But the 4hr RSI is at 66, which is very near the 70 mark where it gets overbought at. And a time frame I rarely look at, the 6hr, it's now at 68 on it's RSI reading.  There's no rule or guarantee that when when they reach 70+ and get overbought that the market will magically top out and rollover.

But what it does say is that the market will NOT rally up a 100+ points in one or two days. It forces it's to grind and grind each day with these 15-25 point turtle moves. Of course they are the most frustrating to watch as they hard to trade.

Anyway, I had said on Monday that I thought we would go down into the Non-Farm Payroll Report this Friday (now called the Jobs Data or something I think), but it's now looking more likely that we will go up into it. There's still today and tomorrow for that to flip from up to down, and with mixed charts this morning either is possible.

You can see on this chart there is a rising dashed white trendline that the market it clinging to for dear life. If the bulls hold it today and make another new all time high then we know the plan is to top out into the report, which is out before the market opens on Friday. 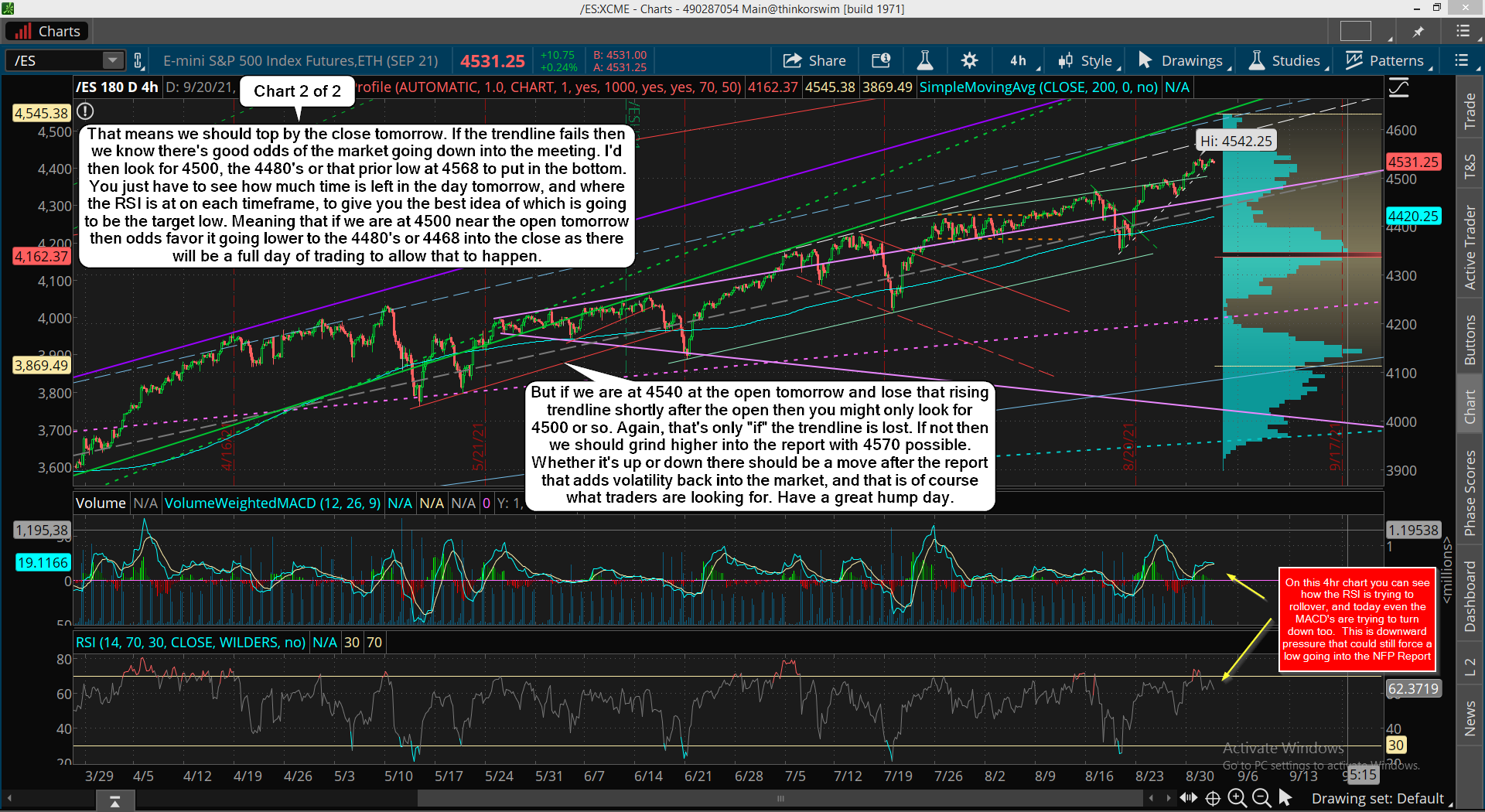 That means we should top by the close tomorrow. If the trendline fails then we know there's good odds of the market going down into the meeting. I'd then look for 4500, the 4480's or that prior low at 4568 to put in the bottom. You just have to see how much time is left in the day tomorrow, and where the RSI is at on each timeframe, to give you the best idea of which is going to be the target low. Meaning that if we are at 4500 near the open tomorrow then odds favor it going lower to the 4480's or 4468 into the close as there will be a full day of trading to allow that to happen.

But if we are at 4540 at the open tomorrow and lose that rising trendline shortly after the open then you might only look for 4500 or so. Again, that's only "if" the trendline is lost. If not then we should grind higher into the report with 4570 possible. Whether it's up or down there should be a move after the report that adds volatility back into the market, and that is of course what traders are looking for. Have a great hump day.