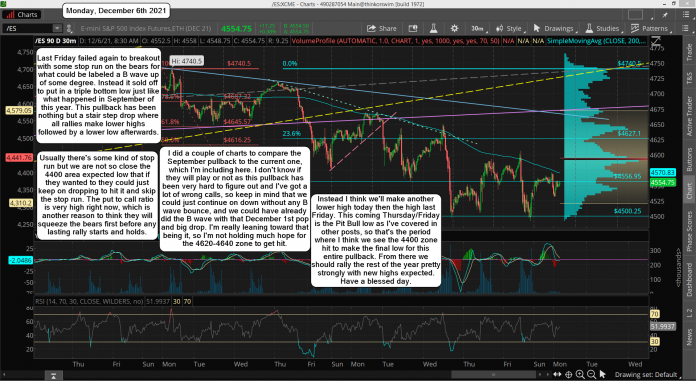 Last Friday failed again to breakout with some stop run on the bears for what could be labeled a B wave up of some degree. Instead it sold off to put in a triple bottom low just like what happened in September of this year. This pullback has been nothing but a stair step drop where all rallies make lower highs followed by a lower low afterwards.

Usually there's some kind of stop run but we are not so close the 4400 area expected low that if they wanted to they could just keep on dropping to hit it and skip the stop run. The put to call ratio is very high right now, which is another reason to think they will squeeze the bears first before any lasting rally starts and holds. 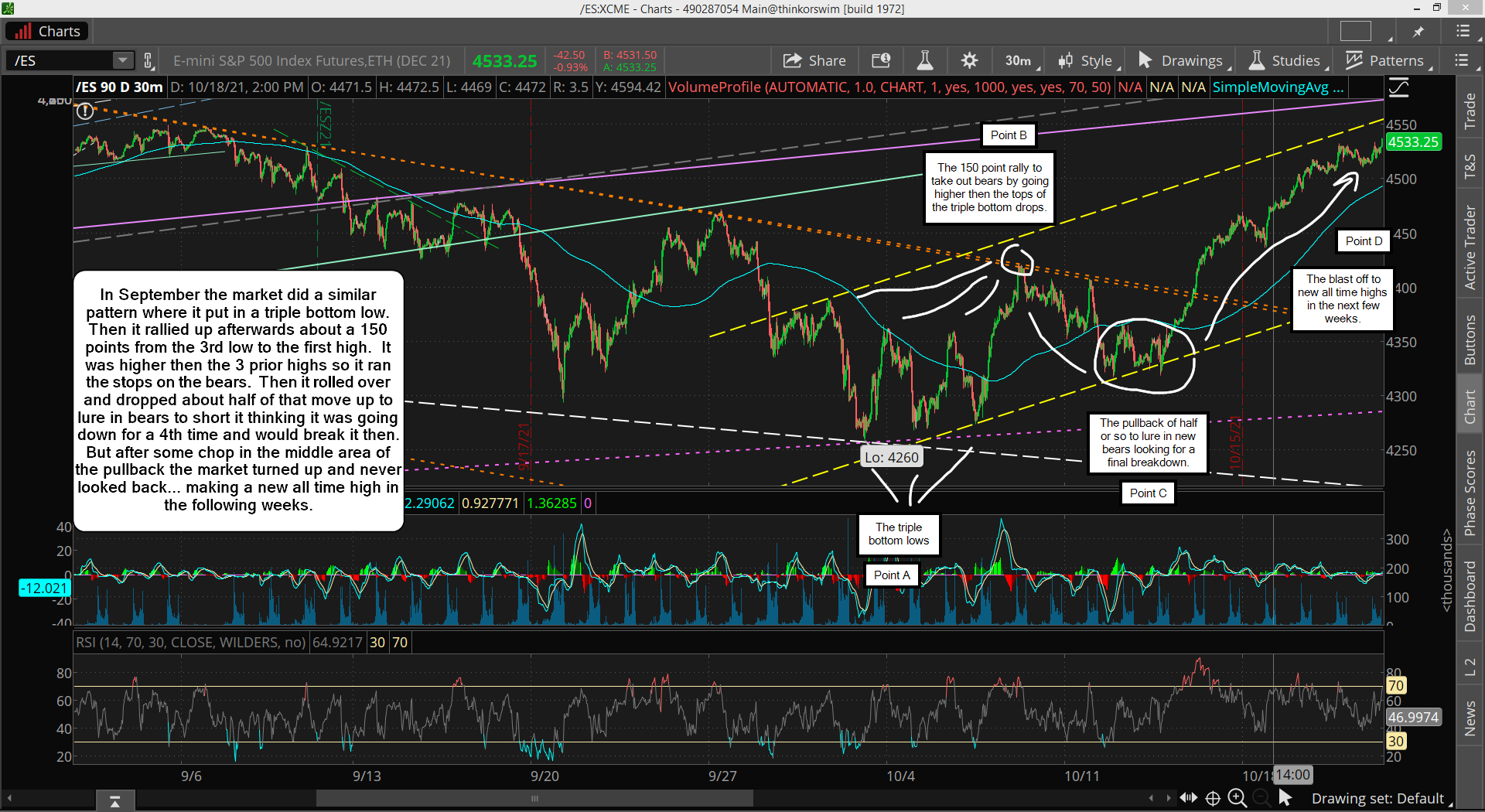 I did a couple of charts to compare the September pullback to the current one, which I'm including here. I don't know if they will play or not as this pullback has been very hard to figure out and I've got a lot of wrong calls, so keep in mind that we could just continue on down without any B wave bounce, and we could have already did the B wave with that December 1st pop and big drop. I'm really leaning toward that being it, so I'm not holding much hope for the 4620-4640 zone to get hit. 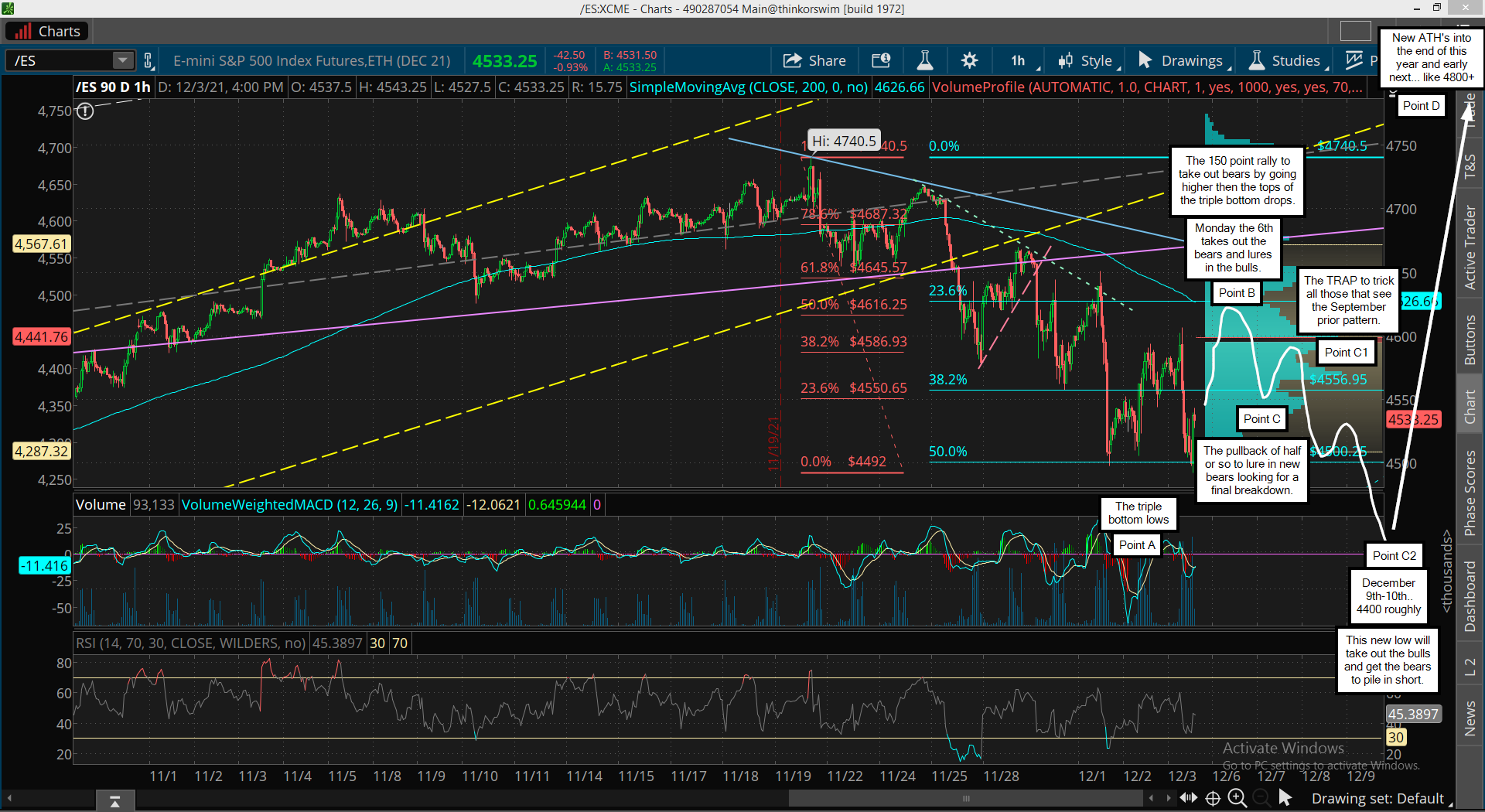 Instead I think we'll make another lower high today then the high last Friday. This coming Thursday/Friday is the Pit Bull low as I've covered in other posts, so that's the period where I think we see the 4400 zone hit to make the final low for this entire pullback. From there we should rally the rest of the year pretty strongly with new highs expected. Have a blessed day.