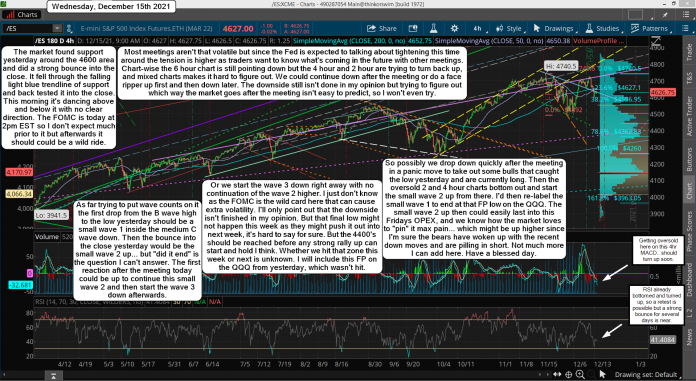 The market found support yesterday around the 4600 area and did a strong bounce into the close. It fell through the falling light blue trendline of support and back tested it into the close. This morning it's dancing above and below it with no clear direction. The FOMC is today at 2pm EST so I don't expect much prior to it but afterwards it should could be a wild ride.

Most meetings aren't that volatile but since the Fed is expected to talking about tightening this time around the tension is higher as traders want to know what's coming in the future with other meetings. Chart-wise the 6 hour chart is still pointing down but the 4 hour and 2 hour are trying to turn back up, and mixed charts makes it hard to figure out. We could continue down after the meeting or do a face ripper up first and then down later. The downside still isn't done in my opinion but trying to figure out which way the market goes after the meeting isn't easy to predict, so I won't even try.

As far trying to put wave counts on it the first drop from the B wave high to the low yesterday should be a small wave 1 inside the medium C wave down. Then the bounce into the close yesterday would be the small wave 2 up... but "did it end" is the question I can't answer. The first reaction after the meeting today could be up to continue this small wave 2 and then start the wave 3 down afterwards.

Or we start the wave 3 down right away with no continuation of the wave 2 higher. I just don't know as the FOMC is the wild card here that can cause extra volatility. I'll only point out that the downside isn't finished in my opinion. But that final low might not happen this week as they might push it out into next week, it's hard to say for sure. But the 4400's should be reached before any strong rally up can start and hold I think. Whether we hit that zone this week or next is unknown. I will include this FP on the QQQ from yesterday, which wasn't hit.

So possibly we drop down quickly after the meeting in a panic move to take out some bulls that caught the low yesterday and are currently long. Then the oversold 2 and 4 hour charts bottom out and start the small wave 2 up from there. I'd then re-label the small wave 1 to end at that FP low on the QQQ. The small wave 2 up then could easily last into this Fridays OPEX, and we know how the market loves to "pin" it max pain... which might be up higher since I'm sure the bears have woken up with the recent down moves and are pilling in short. Not much more I can add here. Have a blessed day. 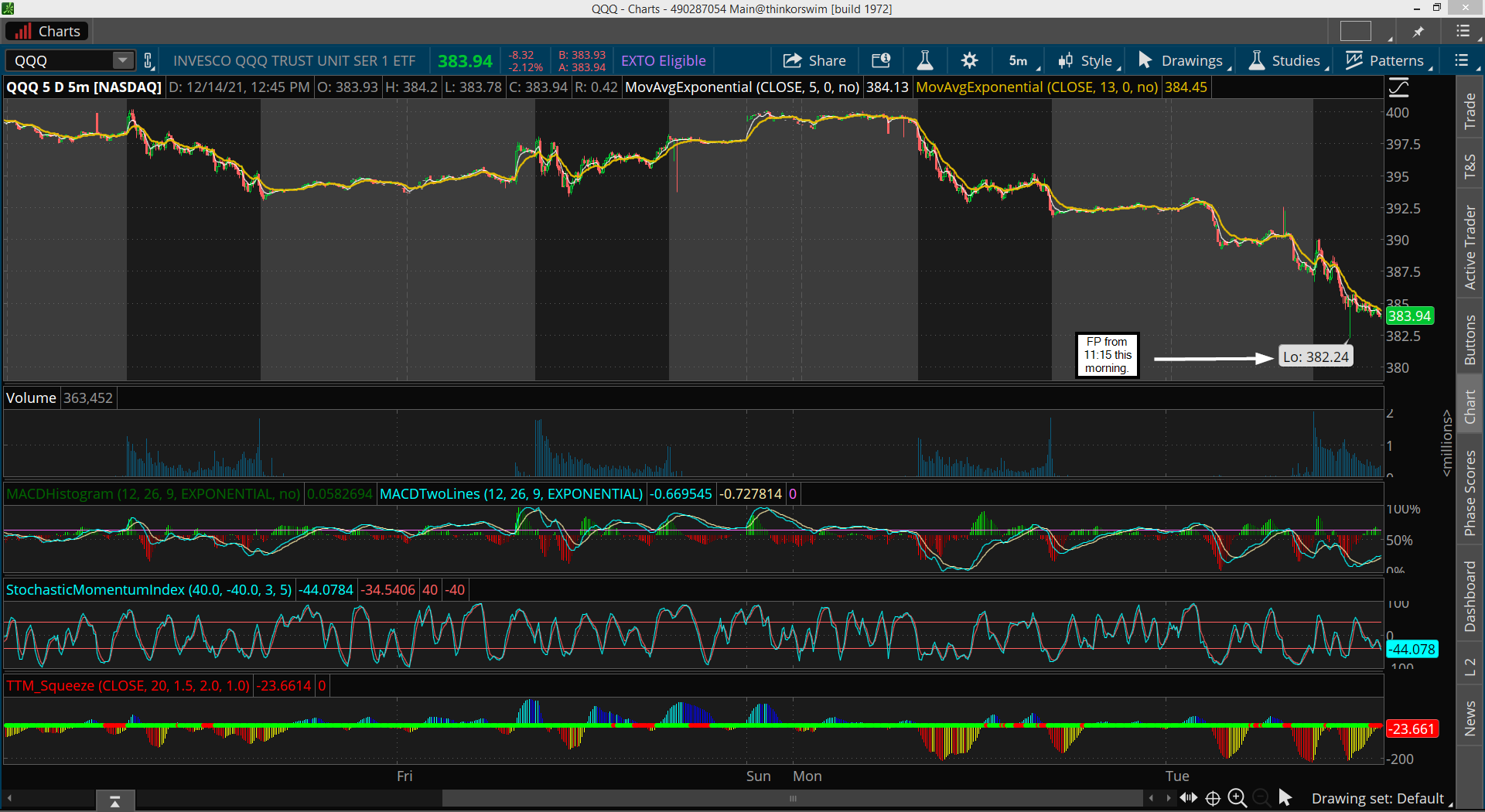