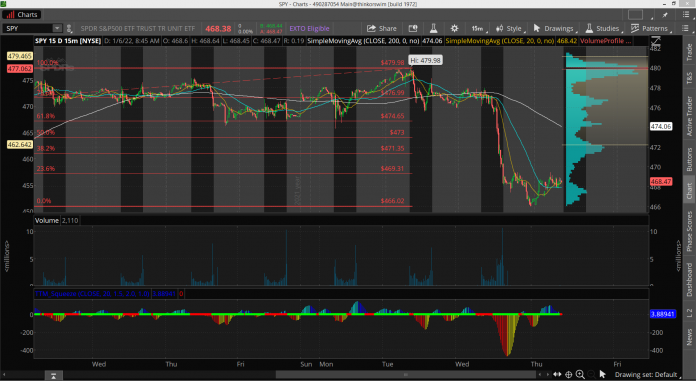 Well, it's quite obvious now that the high was put in on Tuesdays brief morning rally to 4818.62 on the SPX, as we clearly aren't going to 485.00 on the SPY now. Today and possibly Friday I expect some sideways bear flag to form with maybe a 38.2%-50% retrace of the down move. Resistance on the way back up is 4745 on the ES Futures, and if we get there bears need to defend it.

Clearly we are going deeper now then I thought, as I was only looking for the mid-4600's by the end of this month but this drop opens the door for the 4500 level to be tested again. Whether it breaks or not I don't know but right now bounces are likely shorts.

This is the move I was looking for but trying to guess the exact day it would top and drop just wasn't possible.  It's started now and the typical pattern is 1-3 days of chop for a bear flag and then more down.  Considering the jobs data is Friday morning we might chop until then and get a quick pop higher from it or just rollover again... hard too say.  Point is that the trend has finally turned down and should continue into the end of this month.

If bounces are too small today and tomorrow then they might be saving the 38.2%-50% retrace for Monday, meaning being short over the weekend isn't likely a good idea.  But if we get that retrace into the close on Friday, or even just after the jobs number, then I'd think it's a bull trap to get everyone bullish again into the weekend.

Think like SkyNet is what I'm saying here.  A very bearish looking close on Friday should be a bear trap with a move up on Monday to squeeze them out.  Or a very bullish looking close would be a bull trap.  I suspect a neutral close though to keep both sides guessing.  Meaning a choppy move today and Friday that isn't up too high for shorts to feel safe shorting over the weekend, or longs ready to exit their trapped positions at that level.  That's were 38.2%-50% will keep them both confused, and why I think that's all we'll see.  If you give the bulls 61.8% they will exit their trapped longs for a small lost and go short, and the bears that missed the drop will pile in too.  Would you do that if you were SkyNet?  No, of course not. 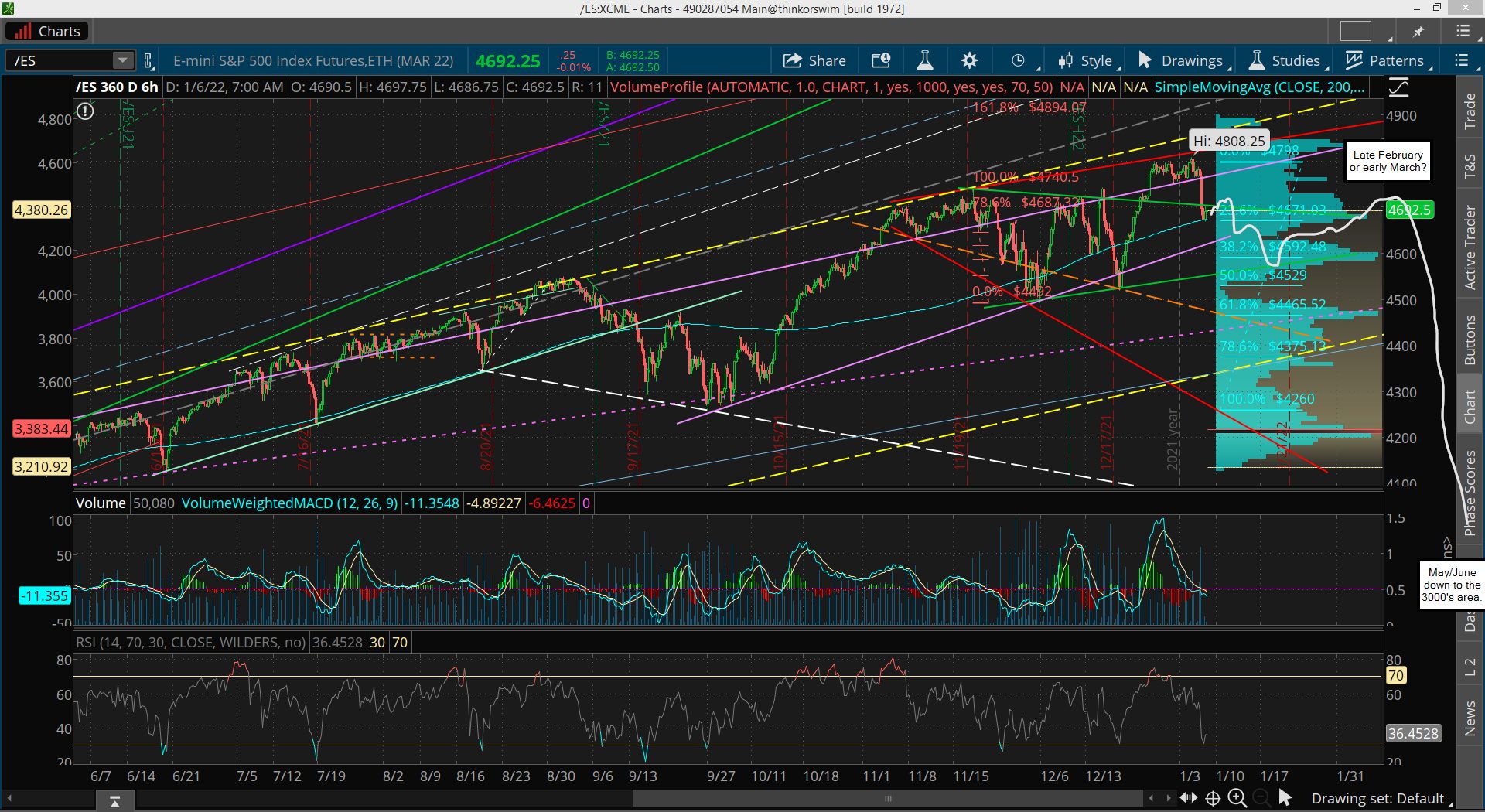 Small sideway chop with just enough upside to keep both sides wondering what to do is what I think will happen.   Have a blessed day.