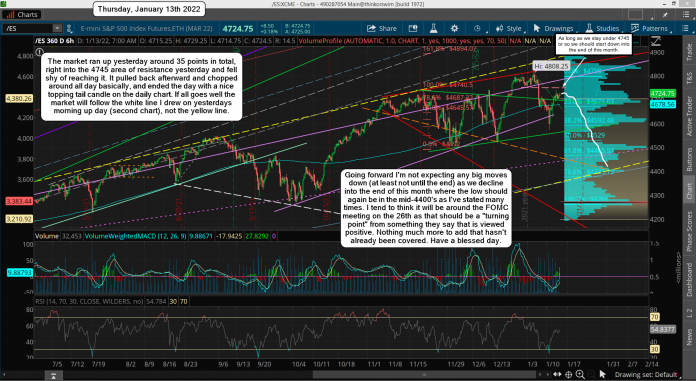 The market ran up yesterday around 35 points in total, right into the 4745 area of resistance yesterday and fell shy of reaching it. It pulled back afterward and chopped around all day basically, and ended the day with a nice topping tail candle on the daily chart. If all goes well the market will follow the white line I drew on yesterdays morning up day (second chart), not the yellow line.

Going forward I'm not expecting any big moves down (at least not until the end) as we decline into the end of this month where the low should again be in the mid-4400's as I've stated many times. I tend to think it will be around the FOMC meeting on the 26th as that should be a "turning point" from something they say that is viewed positive. Nothing much more to add that hasn't already been covered. Have a blessed day.