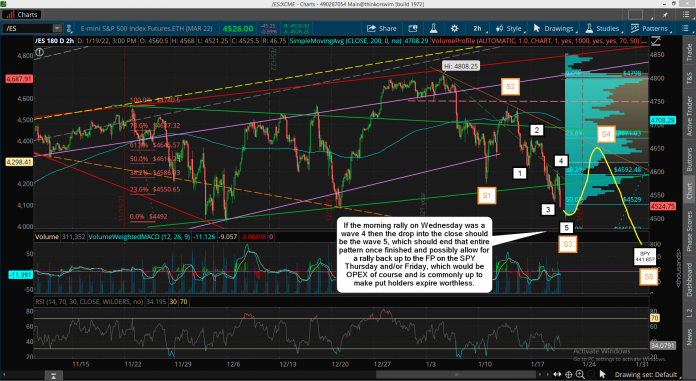 I drew this updated wave count last night after the close and I think it's still in play and possible going into this Friday. If so, then next week should be the last drop, the Small 5th wave with a possible low around 441.65 on the SPY, which is roughly 4433 on the SPX.

It's from a FP I have and while there's no guarantee it's accurate there are other reasons to suggest we take out 4500 to run the stops below there on the bulls. The dashed yellow rising channel is a very important one as it starts from the 9/2/2020 high and 10/30/2020 low, which I've referred too many times as the ABC down correction labeled Large Wave 2, and if we retest it next week this entire correction will be label Large Wave 4 down. 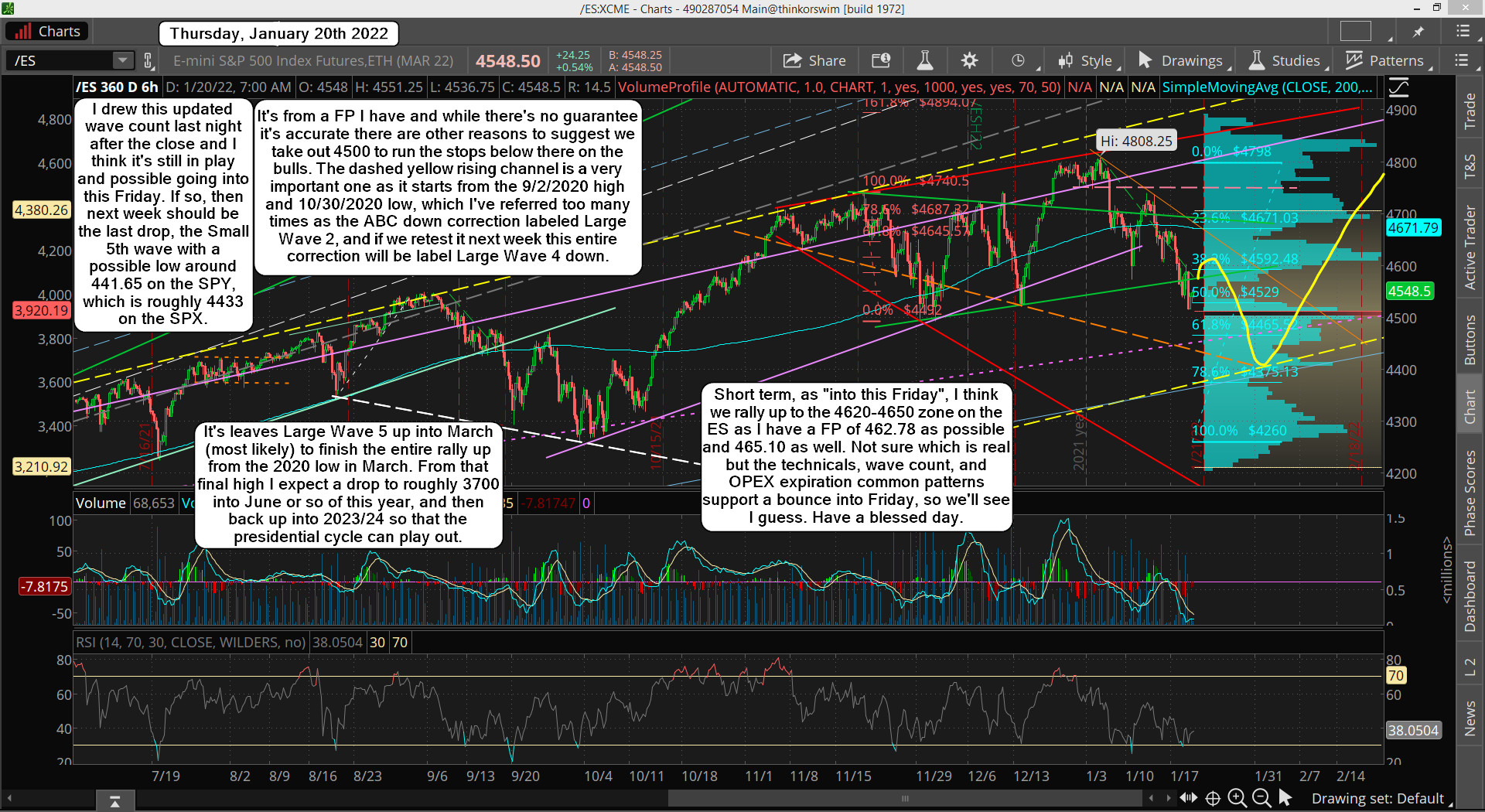 It's leaves Large Wave 5 up into March (most likely) to finish the entire rally up from the 2020 low in March. From that final high I expect a drop to roughly 3700 into June or so of this year, and then back up into 2023/24 so that the presidential cycle can play out.

Short term, as "into this Friday", I think we rally up to the 4620-4650 zone on the ES as I have a FP of 462.78 as possible and 465.10 as well. Not sure which is real but the technicals, wave count, and OPEX expiration common patterns support a bounce into Friday, so we'll see I guess. Have a blessed day.