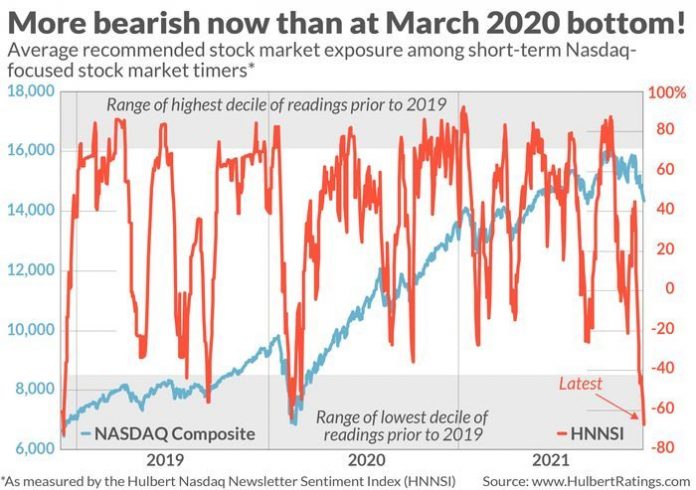 Well, we did bounce Friday for what was still likely a small wave 4 but it didn't go as high as I'd like to have seen and then we collapsed in the close. Timing is very hard with this market but at least it went to my downside target of 441.65 on the SPY.  We are below it now, so these FP"s seem to ONLY be targets to be hit be not necessarily stopping and turning points.

I originally thought the bottom was coming this Wednesday to Friday, but last Friday with the FP hit I thought it came early and bottomed then.  Now it looks like it could still bottom into my time window.  It's right into the FOMC this week but we should be near a bottom now, so there's not much left on the downside I think.

The Seasonality is still weak into the end of January but by the first of February it's very strong.. meaning we should start the move back up very soon to a double top into mid-February at least. 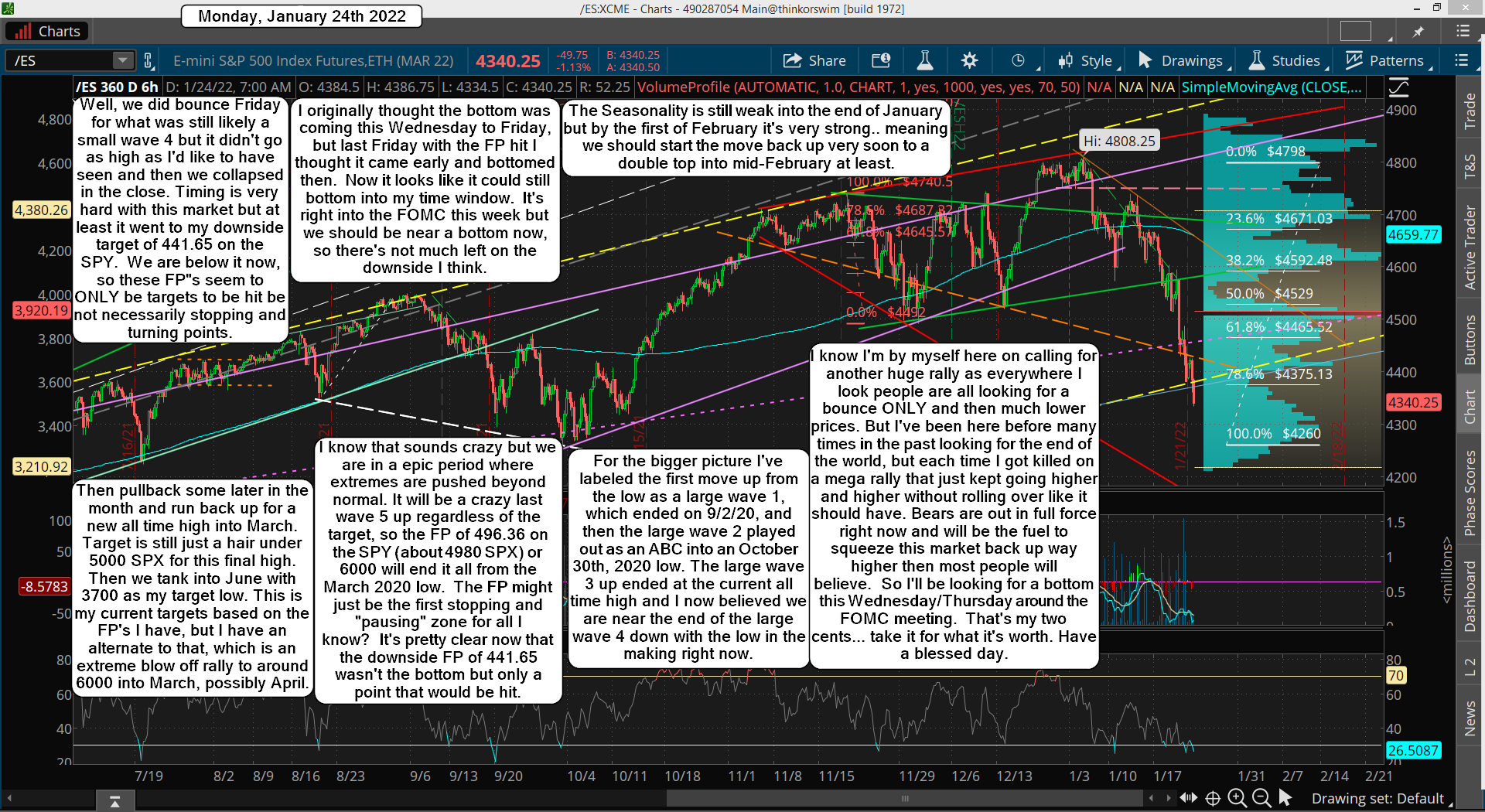 Then pullback some later in the month and run back up for a new all time high into March. Target is still just a hair under 5000 SPX for this final high. Then we tank into June with 3700 as my target low. This is my current targets based on the FP's I have, but I have an alternate to that, which is an extreme blow off rally to around 6000 into March, possibly April.

I know that sounds crazy but we are in a epic period where extremes are pushed beyond normal. It will be a crazy last wave 5 up regardless of the target, so the FP of 496.36 on the SPY (about 4980 SPX) or 6000 will end it all from the March 2020 low.  The FP might just be the first stopping and "pausing" zone for all I know?  It's pretty clear now that the downside FP of 441.65 wasn't the bottom but only a point that would be hit.

For the bigger picture I've labeled the first move up from the low as a large wave 1, which ended on 9/2/20, and then the large wave 2 played out as an ABC into an October 30th, 2020 low. The large wave 3 up ended at the current all time high and I now believed we are near the end of the large wave 4 down with the low in the making right now.

I know I'm by myself here on calling for another huge rally as everywhere I look people are all looking for a bounce ONLY and then much lower prices. But I've been here before many times in the past looking for the end of the world, but each time I got killed on a mega rally that just kept going higher and higher without rolling over like it should have. Bears are out in full force right now and will be the fuel to squeeze this market back up way higher then most people will believe.  So I'll be looking for a bottom this Wednesday/Thursday around the FOMC meeting.  That's my two cents... take it for what it's worth. Have a blessed day.