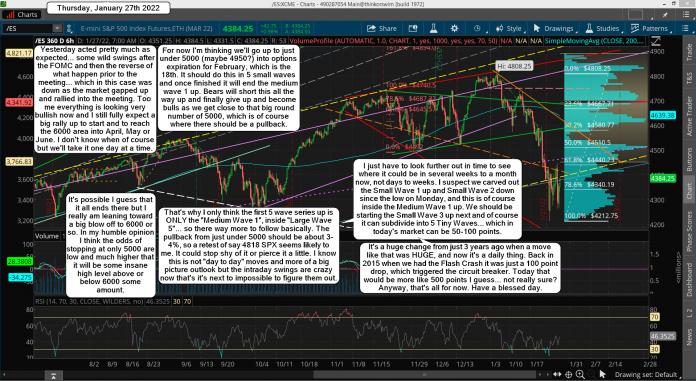 Yesterday acted pretty much as expected... some wild swings after the FOMC and then the reverse of what happen prior to the meeting... which in this case was down as the market gapped up and rallied into the meeting. Too me everything is looking very bullish now and I still fully expect a big rally up to start and to reach the 6000 area into April, May or June. I don't know when of course but we'll take it one day at a time.

For now I'm thinking we'll go up to just under 5000 (maybe 4950?) into options expiration for February, which is the 18th. It should do this in 5 small waves and once finished it will end the medium wave 1 up. Bears will short this all the way up and finally give up and become bulls as we get close to that big round number of 5000, which is of course where there should be a pullback.

It's possible I guess that it all ends there but I really am leaning toward a big blow off to 6000 or so. In my humble opinion I think the odds of stopping at only 5000 are low and much higher that it will be some insane high level above or below 6000 some amount.

NOTE:  I did this chart yesterday and posted in the chatroom and the market went deeper afterhours but the wave count still applies. 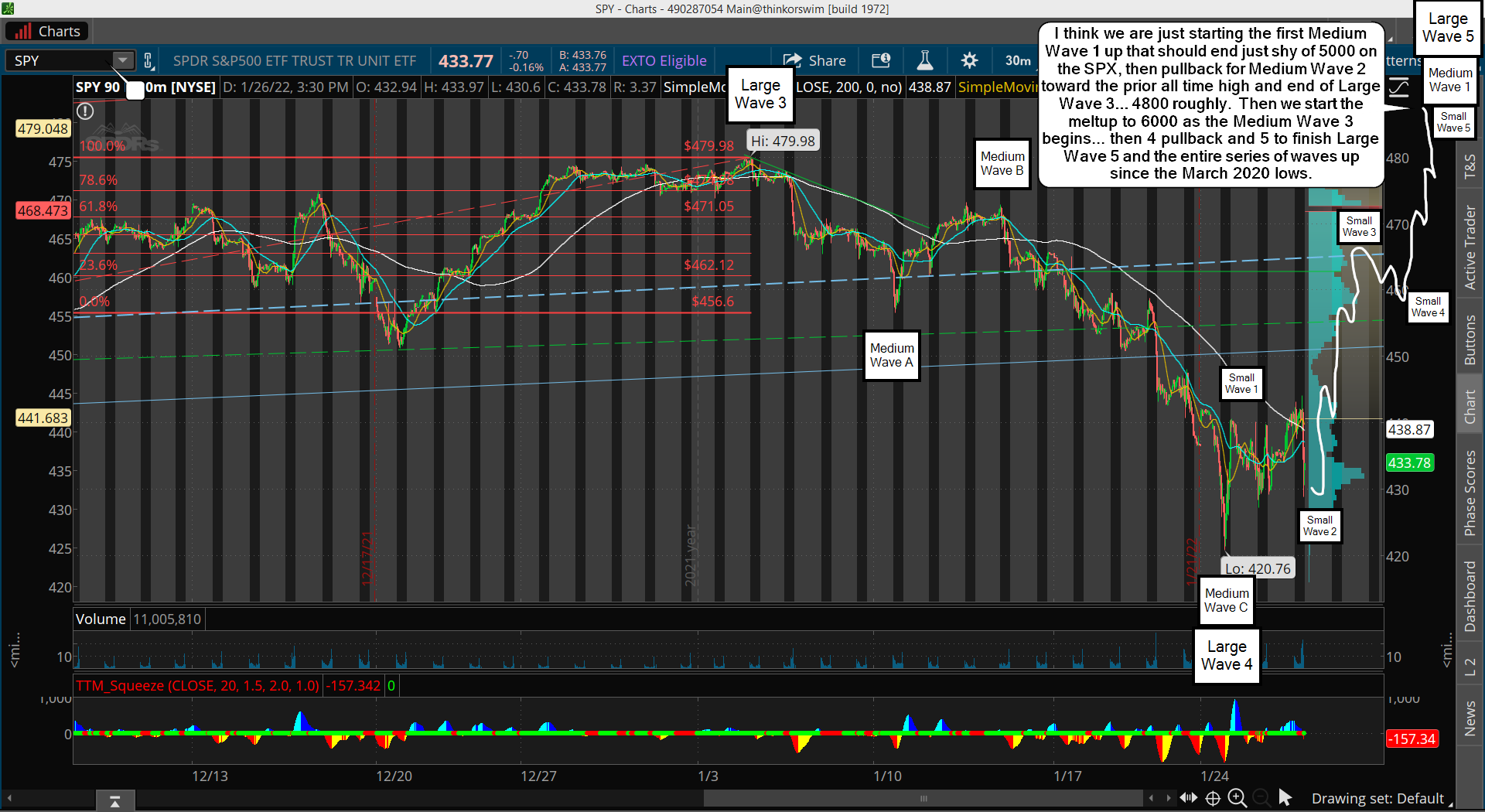 That's why I only think the first 5 wave series up is ONLY the "Medium Wave 1", inside "Large Wave 5"... so there way more to follow basically. The pullback from just under 5000 should be about 3-4%, so a retest of say 4818 SPX seems likely to me. It could stop shy of it or pierce it a little. I know this is not "day to day" moves and more of a big picture outlook but the intraday swings are crazy now that's it's next to impossible to figure them out.

I just have to look further out in time to see where it could be in several weeks to a month now, not days to weeks. I suspect we carved out the Small Wave 1 up and Small Wave 2 down since the low on Monday, and this is of course inside the Medium Wave 1 up. We should be starting the Small Wave 3 up next and of course it can subdivide into 5 Tiny Waves... which in today's market can be 50-100 points.

It's a huge change from just 3 years ago when a move like that was HUGE, and now it's a daily thing. Back in 2015 when we had the Flash Crash it was just a 100 point drop, which triggered the circuit breaker. Today that would be more like 500 points I guess... not really sure? Anyway, that's all for now. Have a blessed day.