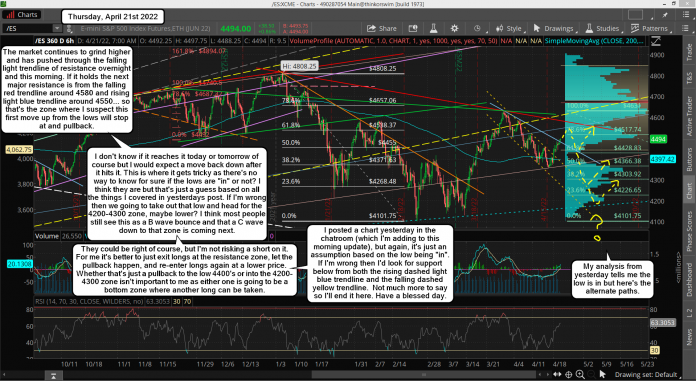 I don't know if it reaches it today or tomorrow of course but I would expect a move back down after it hits it. This is where it gets tricky as there's no way to know for sure if the lows are "in" or not? I think they are but that's just a guess based on all the things I covered in yesterdays post. If I'm wrong then we going to take out that low and head for the 4200-4300 zone, maybe lower? I think most people still see this as a B wave bounce and that a C wave down to that zone is coming next.

They could be right of course, but I'm not risking a short on it. For me it's better to just exit longs at the resistance zone, let the pullback happen, and re-enter longs again at a lower price. Whether that's just a pullback to the low 4400's or into the 4200-4300 zone isn't important to me as either one is going to be a bottom zone where another long can be taken.

I posted this chart yesterday in the chatroom, but again, it's just an assumption based on the low being "in". If I'm wrong then I'd look for support below from both the rising dashed light blue trendline and the falling dashed yellow trendline.  Not much more to say so I'll end it here. Have a blessed day. 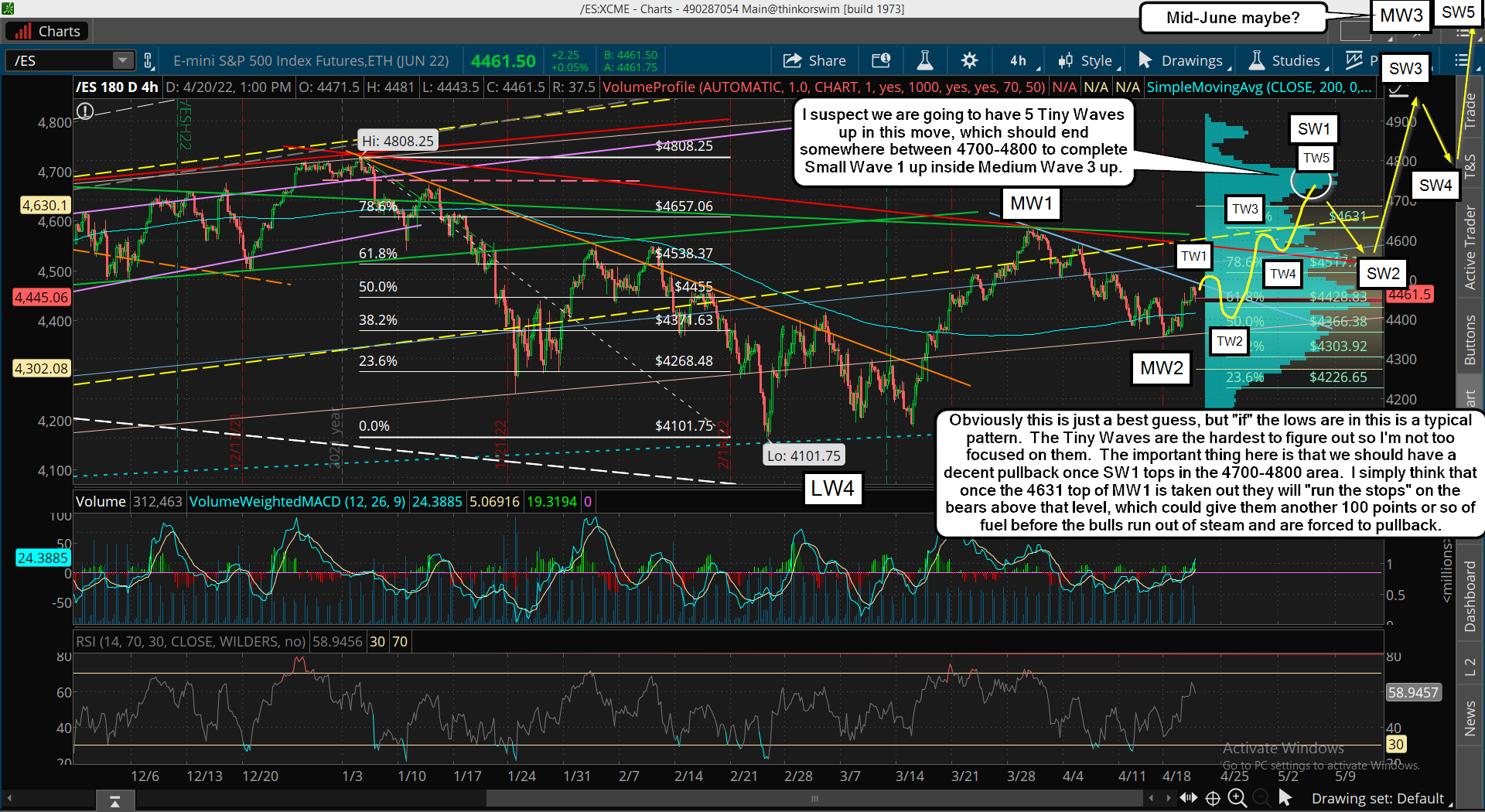