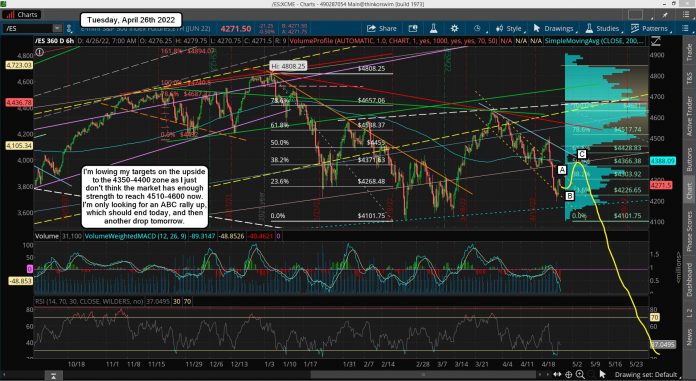 Looks like we put in a bottom at 4195 and have started a rally up... but, But, BUT! I just don't see anything bullish here. I wish I did but I just don't. Everything tells me this bounce will do well to last into the close today (and most) as we have very tough overhead resistance in the 4360-4390 zone that I don't think we'll get through.

Then there's the fact that we did NOT take out the stops on the bulls that are setting below the 4101 low. That tells me they are going back down to take them out, but unfortunately for the bulls the next trip down will break the all important multi-month triangle. That to me just opens the door for a crash to happen. I've been bullish for weeks and weeks thinking we are going to see some huge rally up to 6000+ and then a crash.

But the charts just don't support it. Too much time has passed now for anything like that to happen. There's always a window where a touchdown can be made in football (4 downs and your done) and there's that same window in the market for any breakout (or breakdown).

The window of time has passed in my opinion for the bulls to breakout and what I now see happening is a "turnover" to the bears, where they are going to just crush this market. I'm saying that if this triangle breaks, which a new lower low will do, then there's NO SUPPORT below. I mean we could see the market cut in half or more... like the 2020 lows being taken out by several hundred points. Remember that this entire rally has been on nothing but printed dollars by the Fed and not the retail public.

You scared the hell out of them with the FAKE VIRUS so they certainly didn't create the mega-rally we've had since then. NO, it's a 100% done with funny money. I haven't been this bearish in a super long time. I really thought we'd see something big on the upside happen.

But the big boys aren't buying up here... in fact, they are selling by the boat loads from the looks of it... and shorting the crap out of this bloated pig too. What does that tell you? It tells me the smart money already left the sinking ship... that's what! 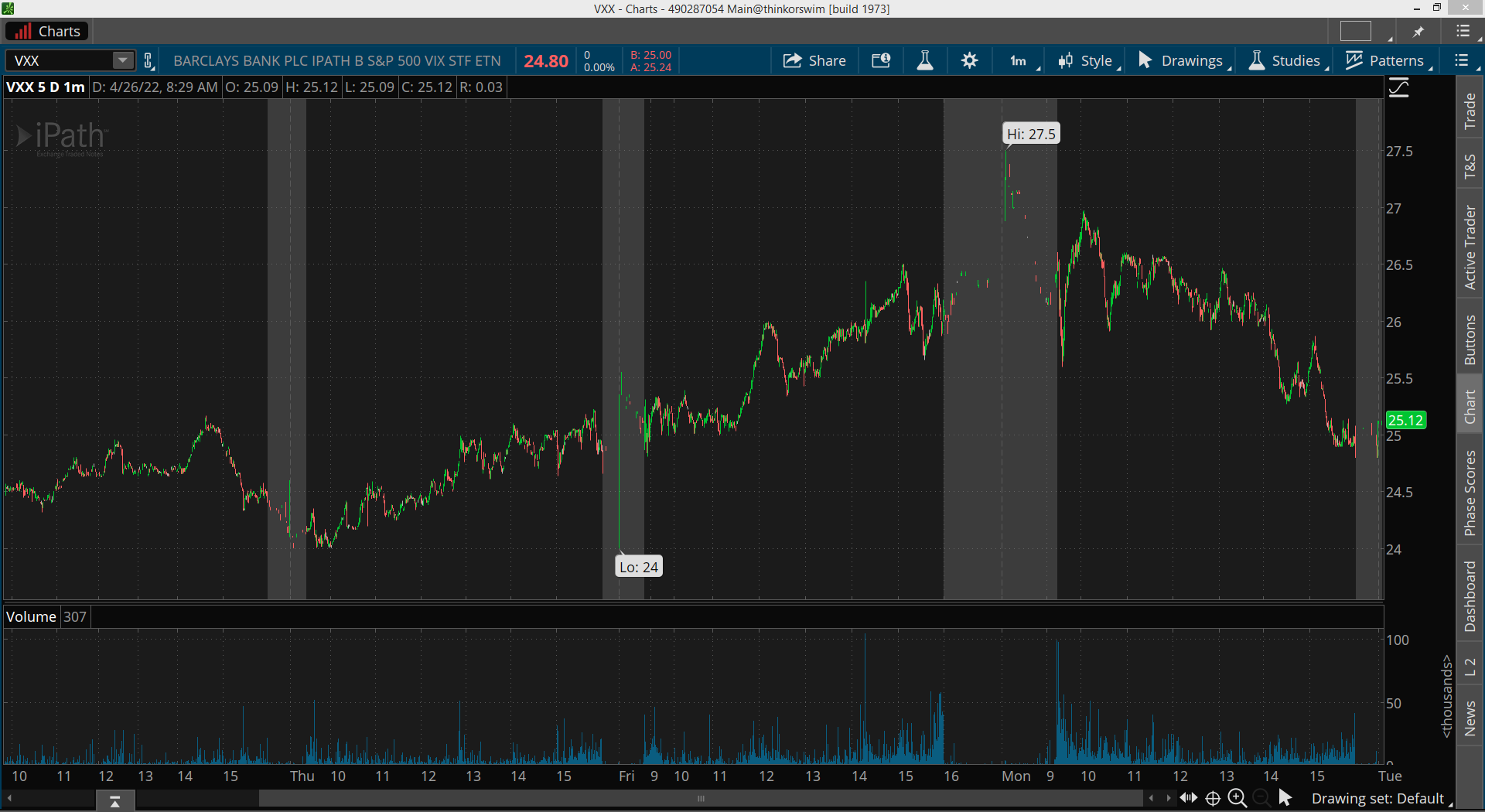