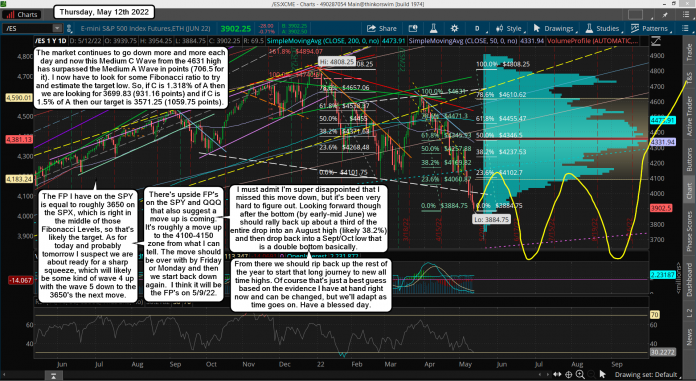 The FP I have on the SPY is equal to roughly 3650 on the SPX, which is right in the middle of those Fibonacci Levels, so that's likely the target. As for today and probably tomorrow I suspect we are about ready for a sharp squeeze, which will likely be some kind of wave 4 up with the wave 5 down to the 3650's the next move. 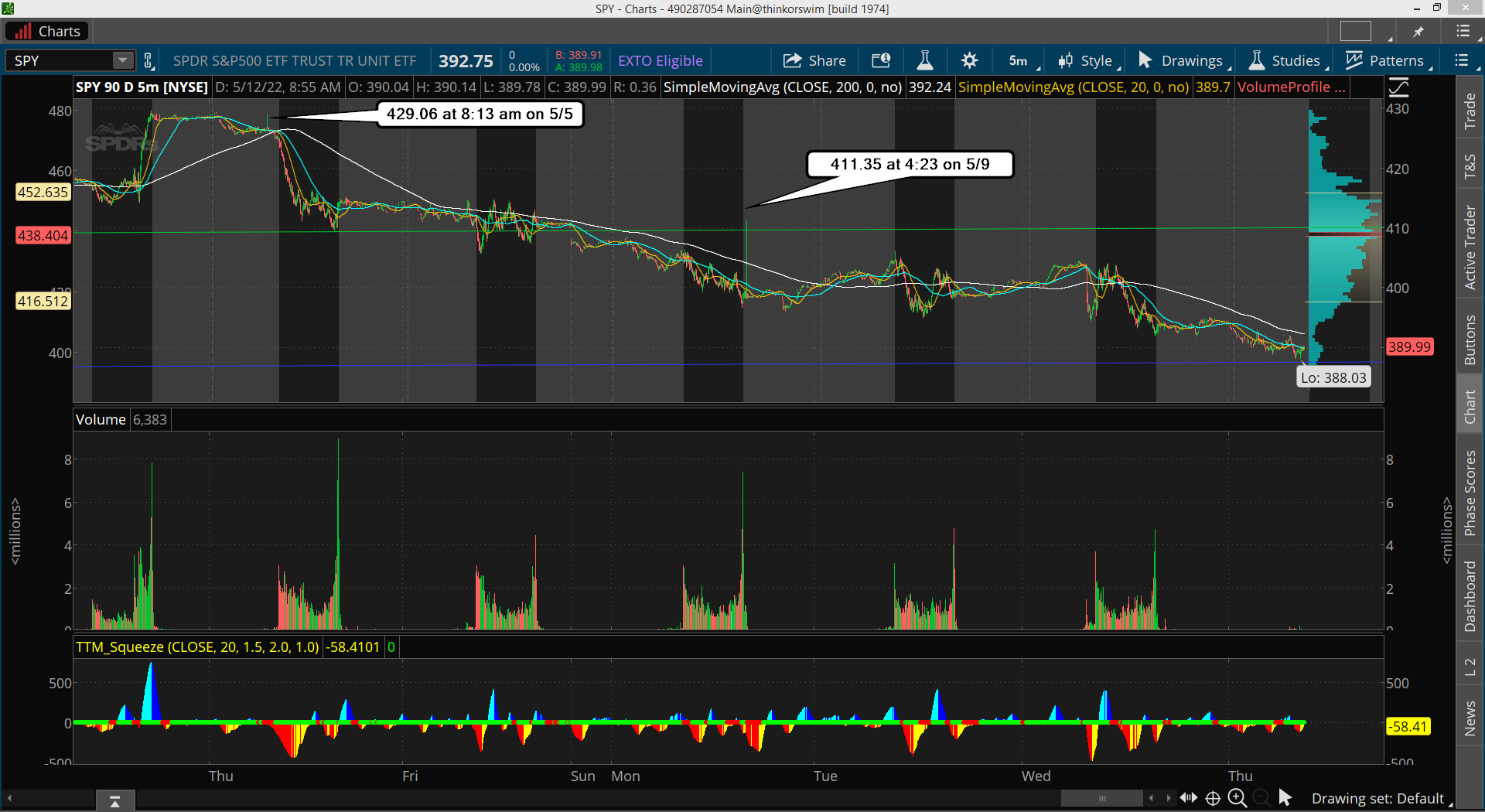 There's upside FP's on the SPY and QQQ that also suggest a move up is coming. It's roughly a move up to the 4100-4150 zone from what I can tell. The move should be over with by Friday or Monday and then we start back down again.  I think it will be the FP's on 5/9/22. 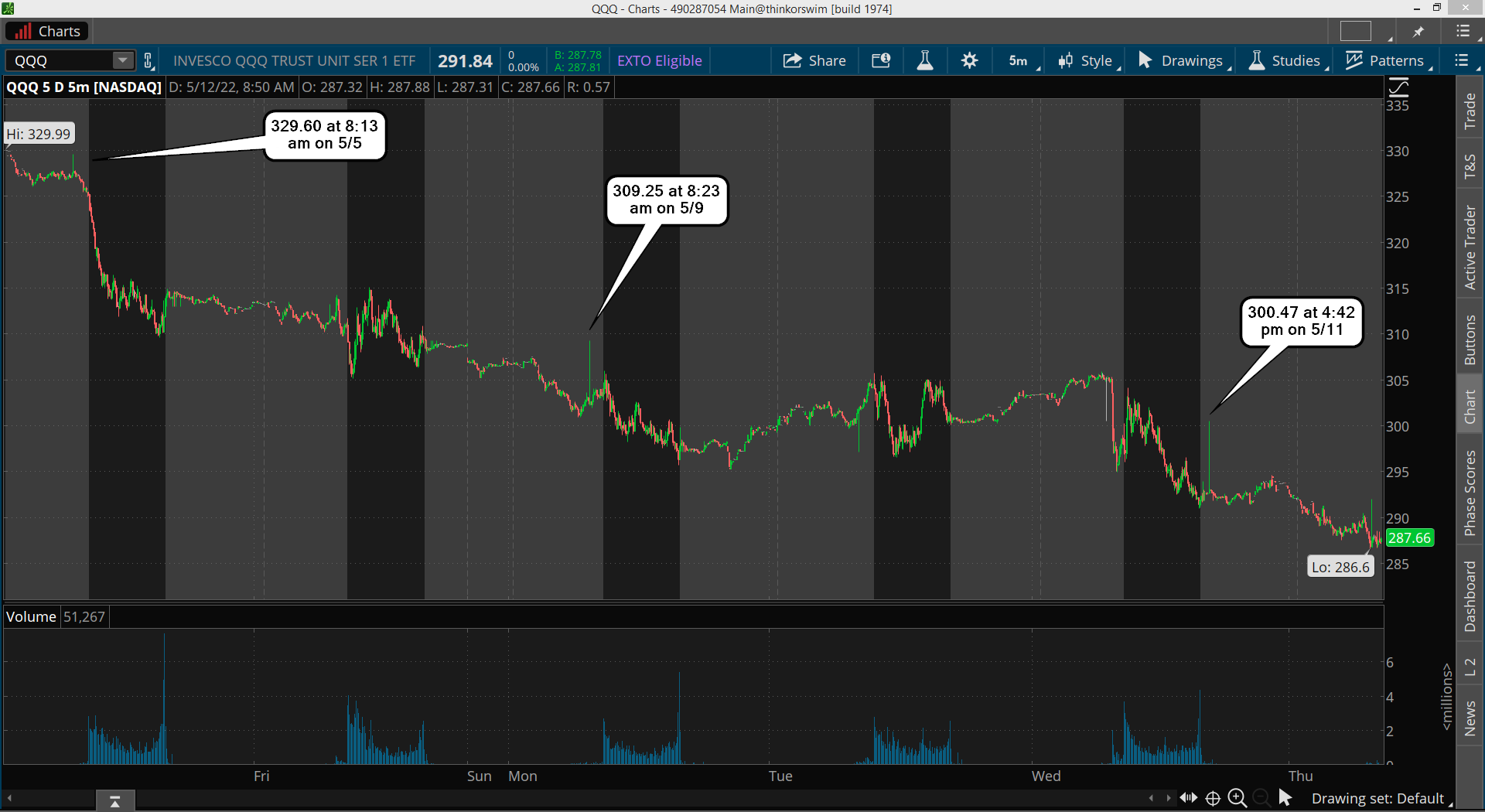 I must admit I'm super disappointed that I missed this move down, but it's been very hard to figure out. Looking forward though after the bottom (by early-mid June) we should rally back up about a third of the entire drop into an August high (likely 38.2%) and then drop back into a Sept/Oct low that is a double bottom basically.

From there we should rip back up the rest of the year to start that long journey to new all time highs. Of course that's just a best guess based on the evidence I have at hand right now and can be changed, but we'll adapt as time goes on. Have a blessed day.