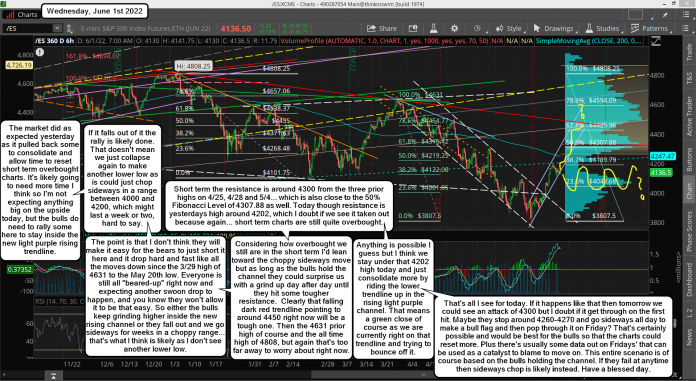 The market did as expected yesterday as it pulled back some to consolidate and allow time to reset short term overbought charts. It's likely going to need more time I think so I'm not expecting anything big on the upside today, but the bulls do need to rally some here to stay inside the new light purple rising trendline.

If it falls out of it the rally is likely done. That doesn't mean we just collapse again to make another lower low as is could just chop sideways in a range between 4000 and 4200, which might last a week or two, hard to say.

The point is that I don't think they will make it easy for the bears to just short it here and it drop hard and fast like all the moves down since the 3/29 high of 4631 to the May 20th low. Everyone is still all "beared-up" right now and expecting another swoon drop to happen, and you know they won't allow it to be that easy. So either the bulls keep grinding higher inside the new rising channel or they fall out and we go sideways for weeks in a choppy range... that's what I think is likely as I don't see another lower low. 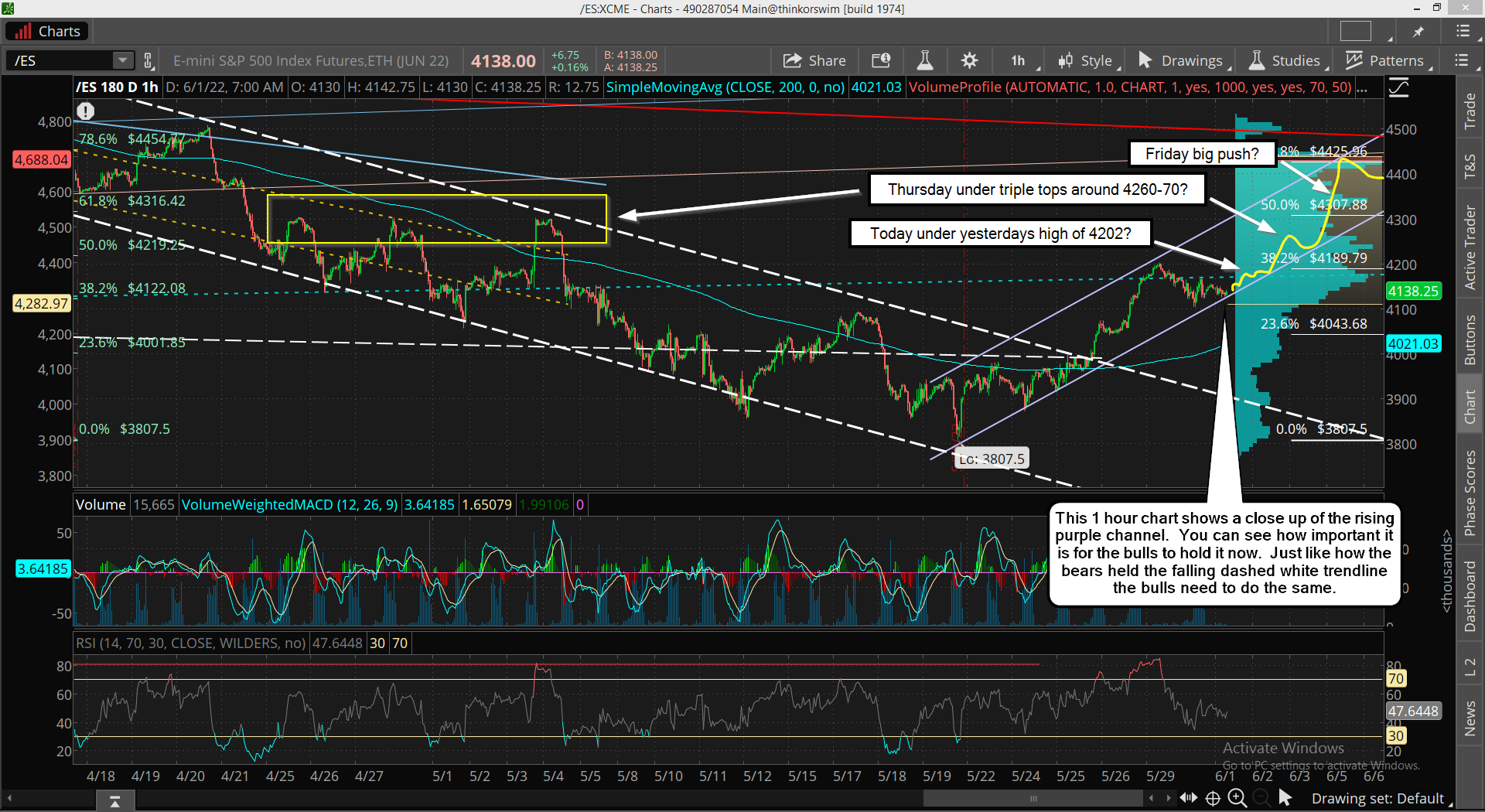 Considering how overbought we still are in the short term I'd lean toward the choppy sideways move but as long as the bulls hold the channel they could surprise us with a grind up day after day until they hit some tougher resistance.  Clearly that falling dark red trendline pointing to around 4450 right now will be a tough one. Then the 4631 prior high of course and the all time high of 4808, but again that's too far away to worry about right now.

Short term the resistance is around 4300 from the three prior highs on 4/25, 4/28 and 5/4... which is also close to the 50% Fibonacci Level of 4307.88 as well. Today though resistance is yesterdays high around 4202, which I doubt if we see it taken out because again... short term charts are still quite overbought.

Anything is possible I guess but I think we stay under that 4202 high today and just consolidate more by riding the lower trendline up in the rising light purple channel. That means a green close of course as we are currently right on that trendline and trying to bounce off it.

That's all I see for today. If it happens like that then tomorrow we could see an attack of 4300 but I doubt if it get through on the first hit. Maybe they stop around 4260-4270 and go sideways all day to make a bull flag and then pop through it on Friday? That's certainly possible and would be best for the bulls so that the charts could reset more. Plus there's usually some data out on Fridays' that can be used as a catalyst to blame to move on. This entire scenario is of course based on the bulls holding the channel. If they fail at anytime then sideways chop is likely instead. Have a blessed day.