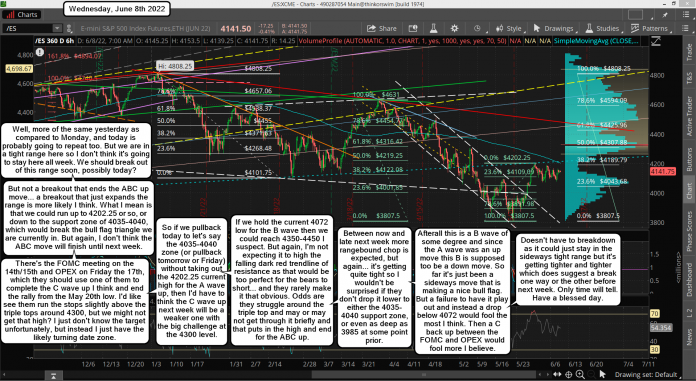 Well, more of the same yesterday as compared to Monday, and today is probably going to repeat too. But we are in a tight range here so I don't think it's going to stay here all week. We should break out of this range soon, possibly today?

But not a breakout that ends the ABC up move... a breakout that just expands the range is more likely I think. What I mean is that we could run up to 4202.25 or so, or down to the support zone of 4035-4040, which would break the bull flag triangle we are currently in. But again, I don't think the ABC move will finish until next week.

There's the FOMC meeting on the 14th/15th and OPEX on Friday the 17th, which they should use one of them to complete the C wave up I think and end the rally from the May 20th low. I'd like see them run the stops slightly above the triple tops around 4300, but we might not get that high? I just don't know the target unfortunately, but instead I just have the likely turning date zone.

So if we pullback today to let's say the 4035-4040 zone (or pullback tomorrow or Friday) without taking out the 4202.25 current high for the A wave up, then I'd have to think the C wave up next week will be a weaker one with the big challenge at the 4300 level.

If we hold the current 4072 low for the B wave then we could reach 4350-4450 I suspect. But again, I'm not expecting it to high the falling dark red trendline of resistance as that would be too perfect for the bears to short... and they rarely make it that obvious. Odds are they struggle around the triple top and may or may not get through it briefly and that puts in the high and end for the ABC up.

Between now and late next week more rangebound chop is expected, but again... it's getting quite tight so I wouldn't be surprised if they don't drop it lower to either the 4035-4040 support zone, or even as deep as 3985 at some point prior.

Afterall this is a B wave of some degree and since the A wave was an up move this B is supposed too be a down move. So far it's just been a sideways move that is making a nice bull flag. But a failure to have it play out and instead a drop below 4072 would fool the most I think. Then a C back up between the FOMC and OPEX would fool more I believe.

Doesn't have to breakdown as it could just stay in the sideways tight range but it's getting tighter and tighter which does suggest a break one way or the other before next week. Only time will tell. Have a blessed day. 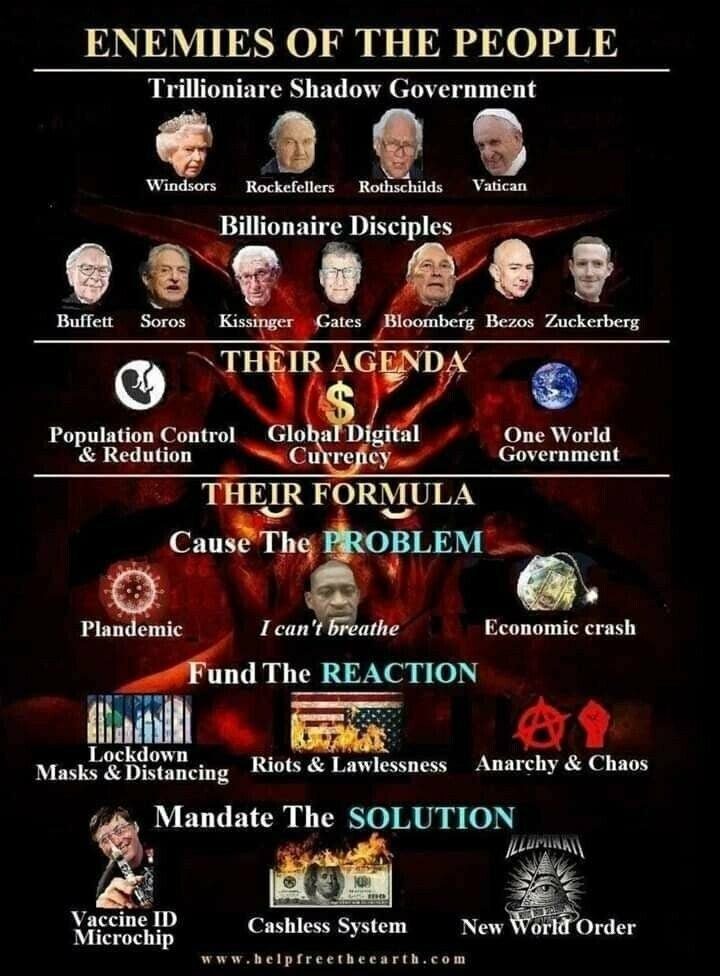