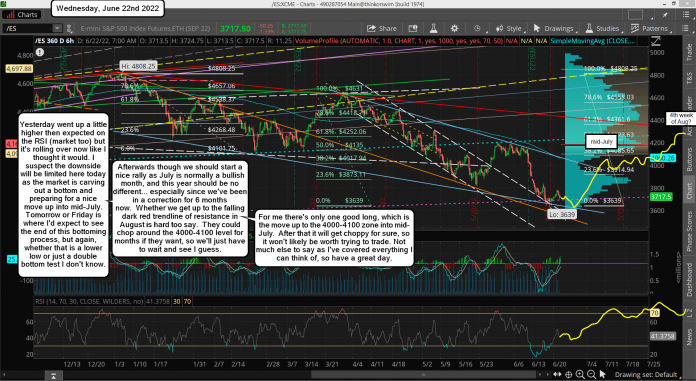 Yesterday went up a little higher then expected on the RSI (market too) but it's rolling over now like I thought it would. I suspect the downside will be limited here today as the market is carving out a bottom and preparing for a nice move up into mid-July. Tomorrow or Friday is where I'd expect to see the end of this bottoming process, but again, whether that is a lower low or just a double bottom test I don't know.

Afterwards though we should start a nice rally as July is normally a bullish month, and this year should be no different... especially since we've been in a correction for 6 months now.  Whether we get up to the falling dark red trendline of resistance in August is hard too say.  They could chop around the 4000-4100 level for months if they want, so we'll just have to wait and see I guess.

For me there's only one good long, which is the move up to the 4000-4100 zone into mid-July.  After that it will get choppy for sure, so it won't likely be worth trying to trade. Not much else to say as I've covered everything I can think of, so have a great day. 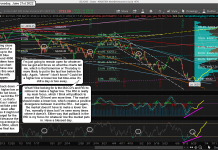