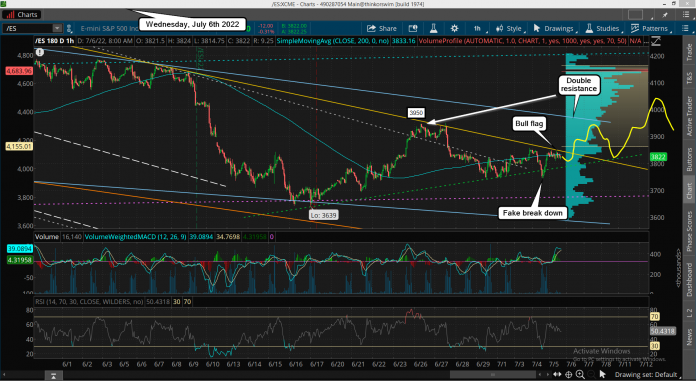 Yesterday I talked about the triangle the market has been in for awhile now and how odds favor it breaking to the upside even-though all triangle technically have 50/50 odds on which direction they go. But we saw it break to the downside instead.

What was I looking for then? My gut told me it was a fake out so my focus was on the 3741 prior low from last week, which if broken would have lead to nasty drop down to revisit the 3639 low most likely, but the drop ended at 3744, just 3 points shy... LOL. Another sneaky fake out it seemed as we rallied hard into the close after that low and even ended in the green for the day.

So what does that mean for today you ask? Well, "technically" we still have 50/50 odds of which direction is next because we are still inside the triangle... but time is running out as we are at the APEX of it and a real break one direction or the other is very near. I still favor the upside for many reasons I've already covered in prior posts.

And now afterhours and premarket this morning the market has made a bull flag pattern... again favoring the upside for the breakout. But for the open and possibly all day, or at least the first half the day, the market looks more likely to pullback a little. I think it needs more time to align up all the short term time frames together before the breakout.  Also, I see a FP on the DIA of 307.72 from afterhours yesterday. I suspect it will be hit early today, so that FP further supports my thoughts on "a little more time" needed before breaking out.

On the medium term I still think we run up to the 4050+ zone by next Friday but it's likely to be a choppy rally from the looks of it. If we breakout late today or tomorrow and run up for the falling light blue trendline, which is roughly where the prior 3950 double top is from last week, that's going to be tough resistance to get though on the first hit.

Either way this market isn't likely to just go straight up non-stop like all of 2021 pretty much. Why? Because the Fed isn't supporting it of course, and in fact it's doing the opposite. The continued raising of the interest rates is not something that makes the market happy, but if the Fed will simply "pause" on it at the September meeting then the Seasonality should kick in hard and allow the strong year in rally to 5000+ as I've covered previously.

Between now that then though we are likely going to remain very choppy with some wild swings both directions, but NO new all time high. The max on the upside is like the 4300's in August or September. It won't be an easy move up though... as again, lot's of chop is expected. Have a blessed day. 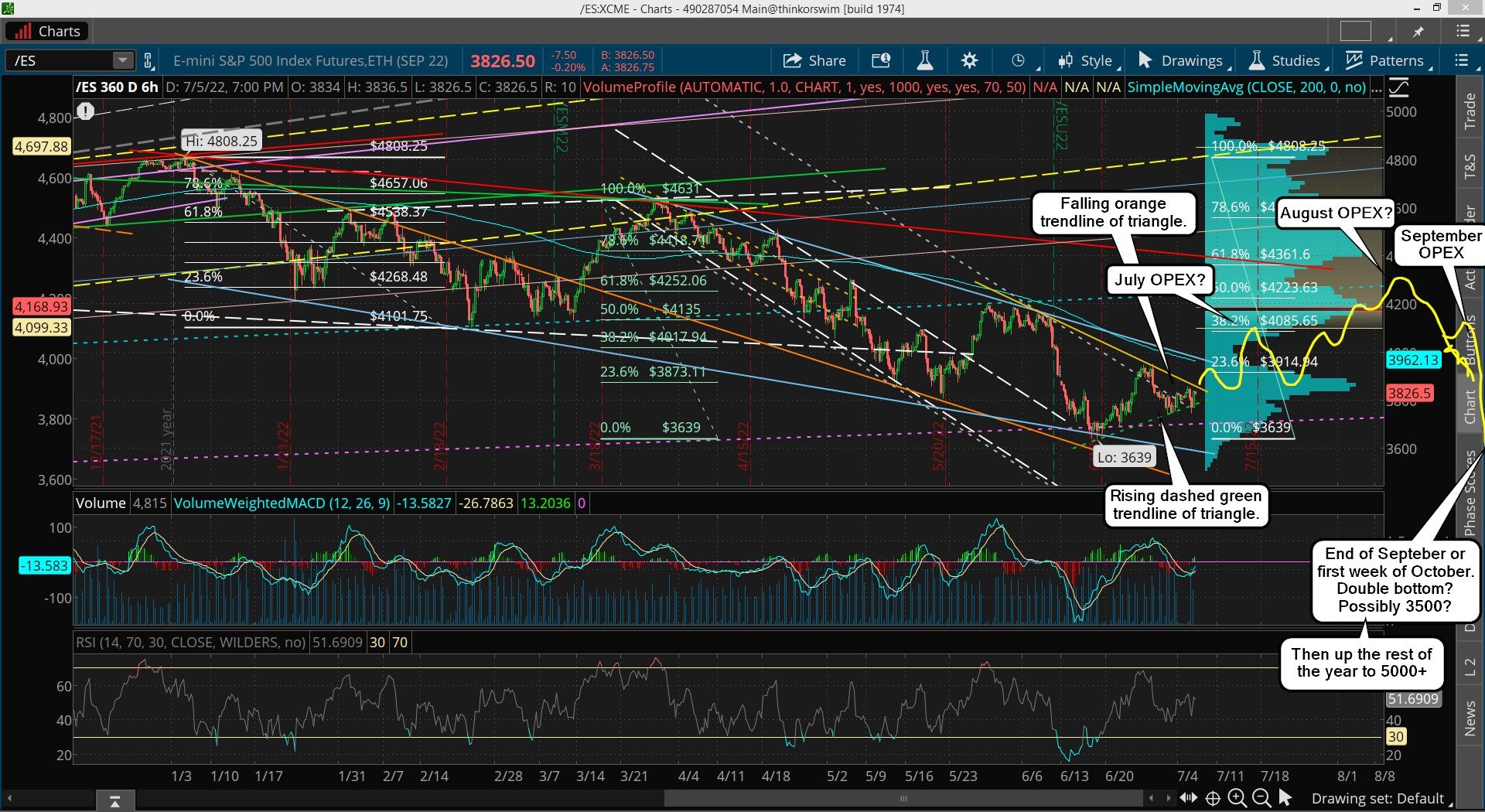 Point here is that both August and September should put in some tops around that 4300 zone that could trick the masses into thinking we are going to breakout.  Then we drop into early October for the retest of the current low of 3639 (possibly break it to hit 3500?) and that is the real low for the year and best spot to go long for the rally into the end of 2022.