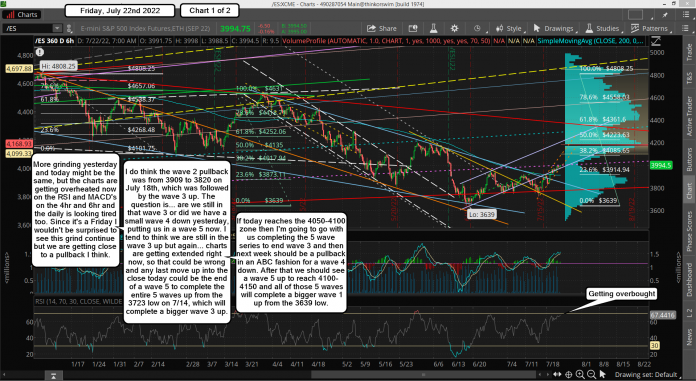 More grinding yesterday and today might be the same, but the charts are getting overheated now on the RSI and MACD's on the 4hr and 6hr and the daily is looking tired too. Since it's a Friday I wouldn't be surprised to see this grind continue but we are getting close to a pullback I think.

I do think the wave 2 pullback was from 3909 to 3820 on July 18th, which was followed by the wave 3 up. The question is... are we still in that wave 3 or did we have a small wave 4 down yesterday, putting us in a wave 5 now. I tend to think we are still in the wave 3 up but again... charts are getting extended right now, so that could be wrong and any last move up into the close today could be the end of a wave 5 to complete the entire 5 waves up from the 3723 low on 7/14, which will complete a bigger wave 3 up. 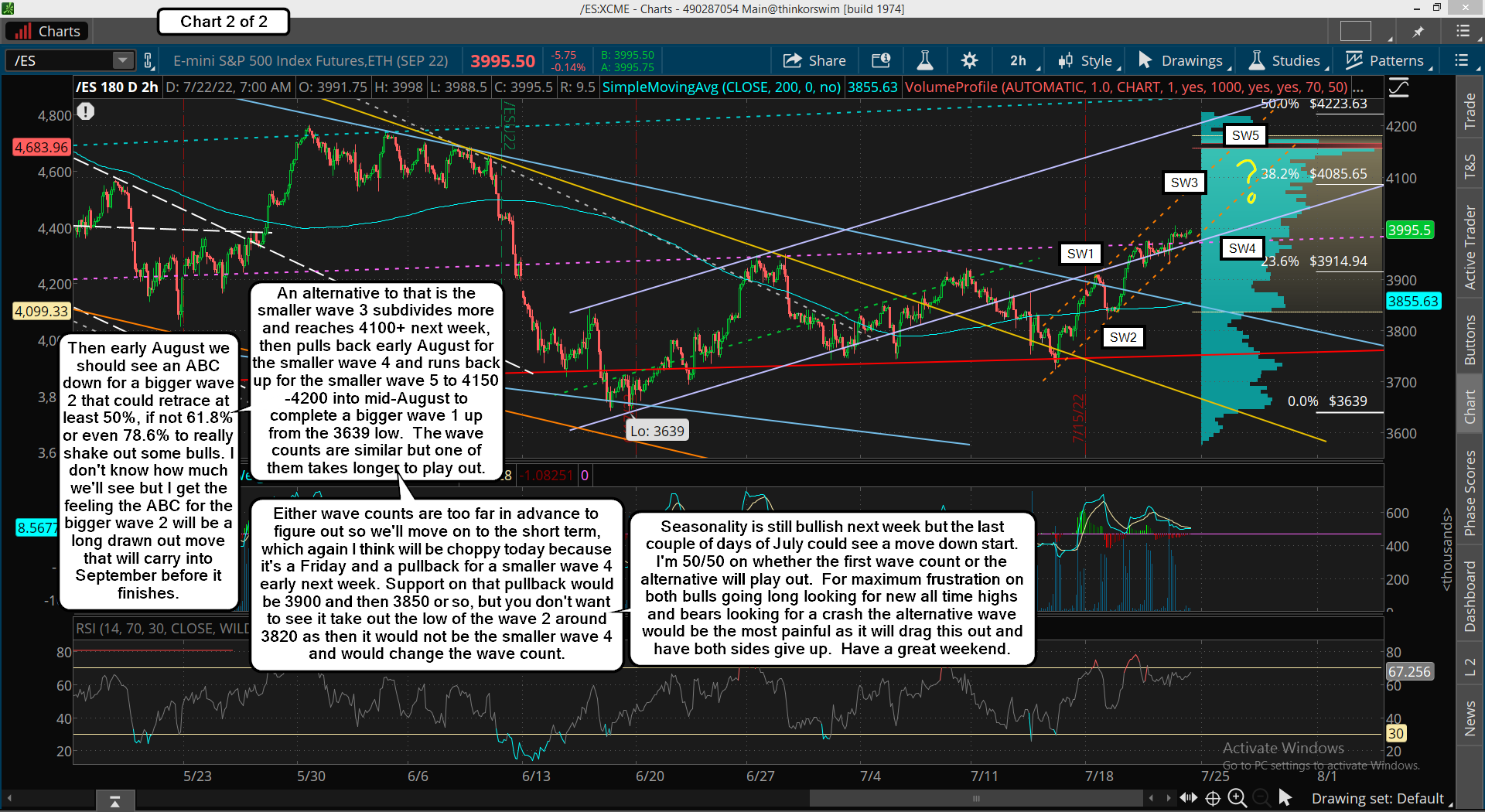 Then early August we should see an ABC down for a bigger wave 2 that could retrace at least 50%, if not 61.8% or even 78.6% to really shake out some bulls. I don't know how much we'll see but I get the feeling the ABC for the bigger wave 2 will be a long drawn out move that will carry into September before it finishes.

Either wave counts are too far in advance to figure out so we'll move on to the short term, which again I think will be choppy today because it's a Friday and a pullback for a smaller wave 4 early next week. Support on that pullback would be 3900 and then 3850 or so, but you don't want to see it take out the low of the wave 2 around 3820 as then it would not be the smaller wave 4 and would change the wave count.

Seasonality is still bullish next week but the last couple of days of July could see a move down start. I'm 50/50 on whether the first wave count or the alternative will play out.  For maximum frustration on both bulls going long looking for new all time highs and bears looking for a crash the alternative wave would be the most painful as it will drag this out and have both sides give up.  Have a great weekend.