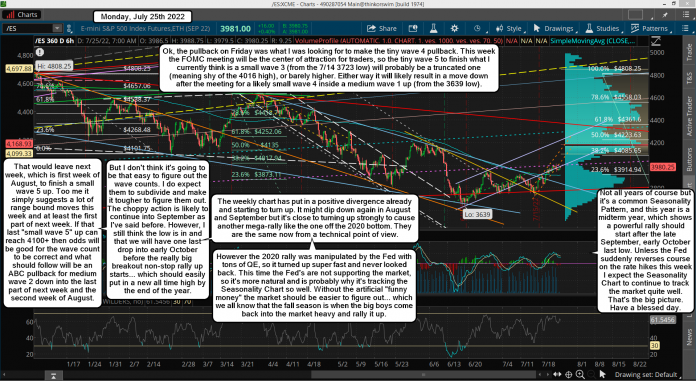 Ok, the pullback on Friday was what I was looking for to make the tiny wave 4 pullback. This week the FOMC meeting will be the center of attraction for traders, so the tiny wave 5 to finish what I currently think is a small wave 3 (from the 7/14 3723 low) will probably be a truncated one (meaning shy of the 4016 high), or barely higher. Either way it will likely result in a move down after the meeting for a likely small wave 4 inside a medium wave 1 up (from the 3639 low).

That would leave next week, which is first week of August, to finish a small wave 5 up. Too me it simply suggests a lot of range bound moves this week and at least the first part of next week. If that last "small wave 5" up can reach 4100+ then odds will be good for the wave count to be correct and what should follow will be an ABC pullback for medium wave 2 down into the last part of next week and the second week of August.

But I don't think it's going to be that easy to figure out the wave counts. I do expect them to subdivide and make it tougher to figure them out. The choppy action is likely to continue into September as I've said before. However, I still think the low is in and that we will have one last drop into early October before the really big breakout non-stop rally up starts... which should easily put in a new all time high by the end of the year. 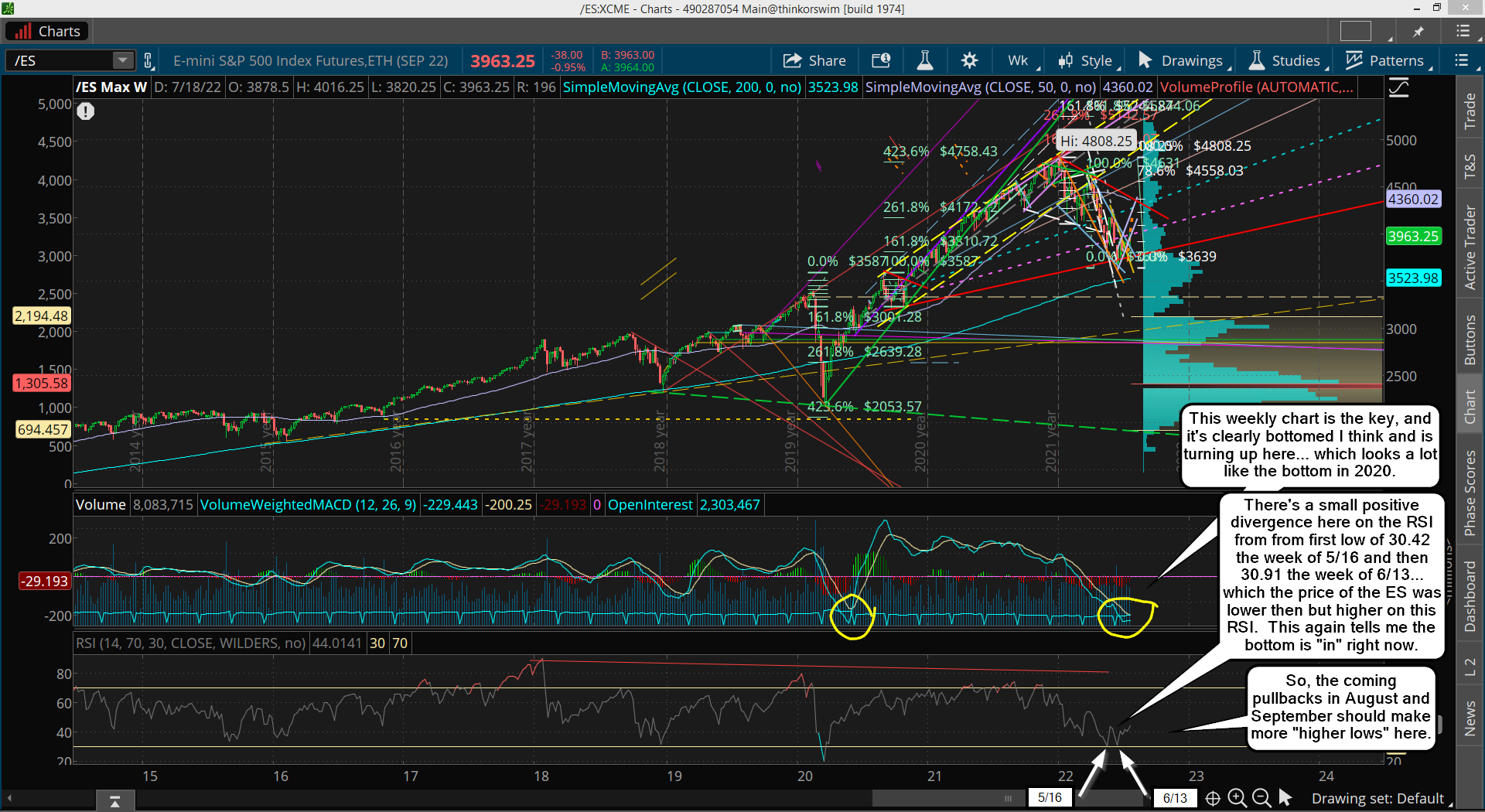 The weekly chart has put in a positive divergence already and starting to turn up. It might dip down again in August and September but it's close to turning up strongly to cause another mega-rally like the one off the 2020 bottom. They are the same now from a technical point of view.

However the 2020 rally was manipulated by the Fed with tons of QE, so it turned up super fast and never looked back. This time the Fed's are not supporting the market, so it's more natural and is probably why it's tracking the Seasonality Chart so well. Without the artificial "funny money" the market should be easier to figure out... which we all know that the fall season is when the big boys come back into the market heavy and rally it up.

Not all years of course but it's a common Seasonality Pattern, and this year is a midterm year, which shows a powerful rally should start after the late September, early October last low. Unless the Fed suddenly reverses course on the rate hikes this week I expect the Seasonality Chart to continue to track the market quite well. That's the big picture. Have a blessed day.