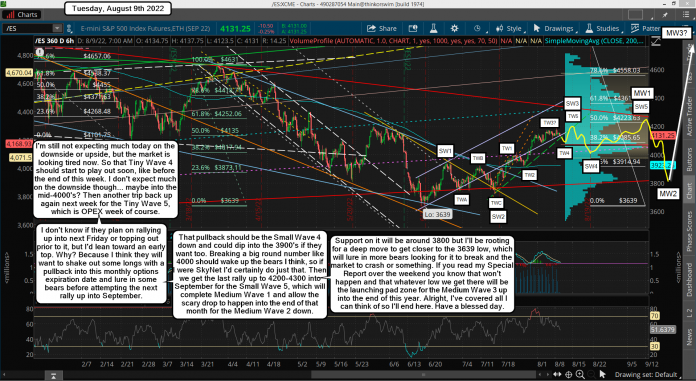 I'm still not expecting much today on the downside or upside, but the market is looking tired now. So that Tiny Wave 4 should start to play out soon, like before the end of this week. I don't expect much on the downside though... maybe into the mid-4000's? Then another trip back up again next week for the Tiny Wave 5, which is OPEX week of course.

I don't know if they plan on rallying up into next Friday or topping out prior to it, but I'd lean toward an early top. Why? Because I think they will want to shake out some longs with a pullback into this monthly options expiration date and lure in some bears before attempting the next rally up into September.

That pullback should be the Small Wave 4 down and could dip into the 3900's if they want too. Breaking a big round number like 4000 should wake up the bears I think, so if I were SkyNet I'd certainly do just that. Then we get the last rally up to 4200-4300 into September for the Small Wave 5, which will complete Medium Wave 1 and allow the scary drop to happen into the end of that month for the Medium Wave 2 down.

Support on it will be around 3800 but I'll be rooting for a deep move to get closer to the 3639 low, which will lure in more bears looking for it to break and the market to crash or something. If you read my Special Report over the weekend you know that won't happen and that whatever low we get there will be the launching pad zone for the Medium Wave 3 up into the end of this year. Alright, I've covered all I can think of so I'll end here. Have a blessed day.

Here's a chart I did last night after the close... 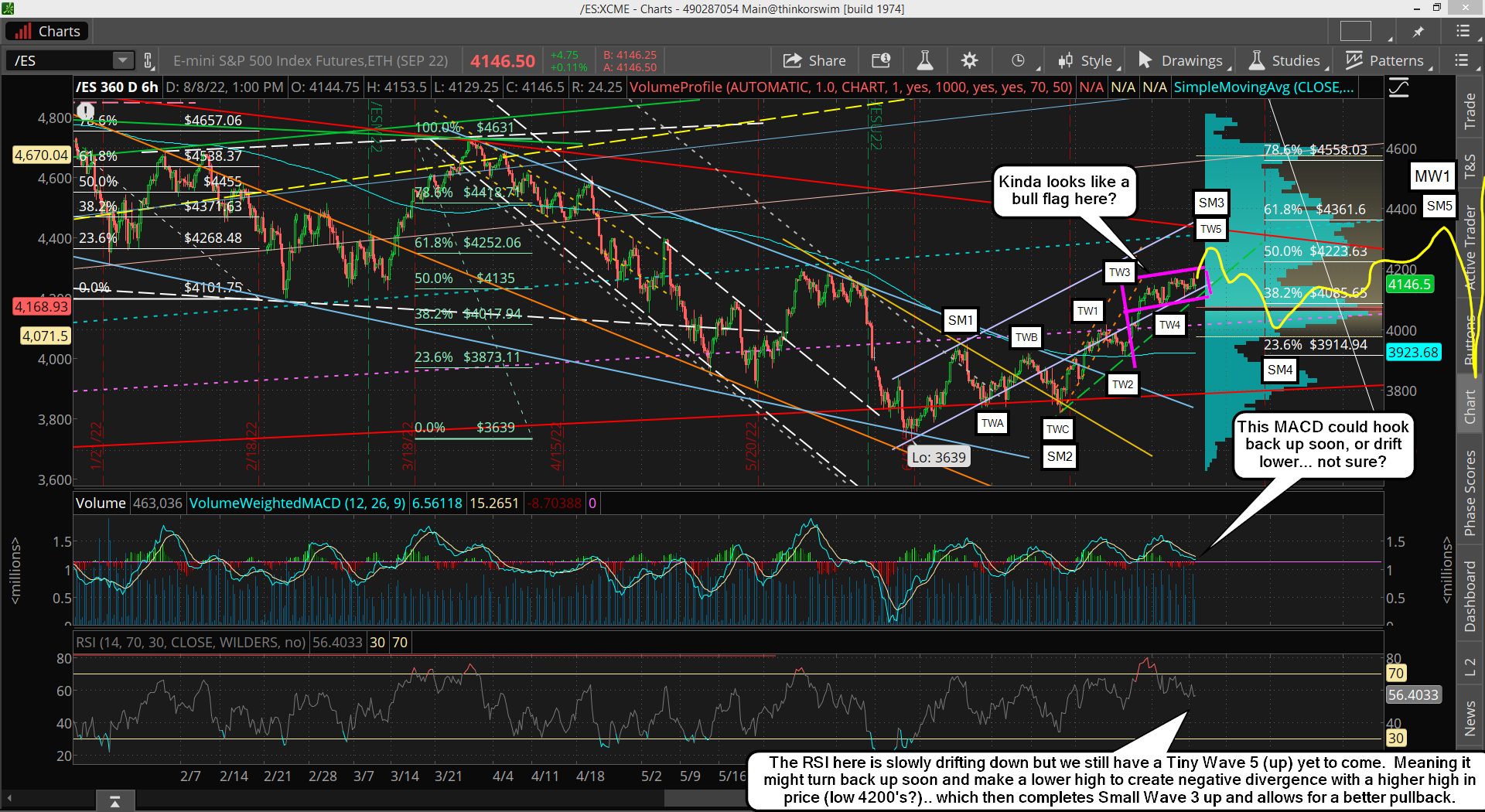