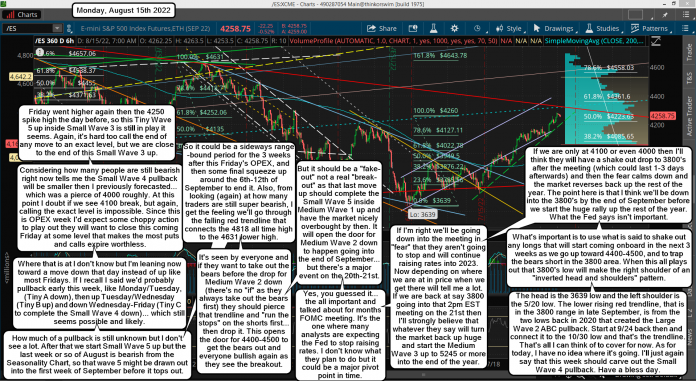 Friday went higher again then the 4250 spike high the day before, so this Tiny Wave 5 up inside Small Wave 3 is still in play it seems. Again, it's hard too call the end of any move to an exact level, but we are close to the end of this Small Wave 3 up.

Considering how many people are still bearish right now tells me the Small Wave 4 pullback will be smaller then I previously forecasted... which was a pierce of 4000 roughly. At this point I doubt if we see 4100 break, but again, calling the exact level is impossible. Since this is OPEX week I'd expect some choppy action to play out they will want to close this coming Friday at some level that makes the most puts and calls expire worthless.

Where that is at I don't know but I'm leaning now toward a move down that day instead of up like most Fridays. If I recall I said we'd probably pullback early this week, like Monday/Tuesday, (Tiny A down), then up Tuesday/Wednesday (Tiny B up) and down Wednesday-Friday (Tiny C to complete the Small Wave 4 down)... which still seems possible and likely.

How much of a pullback is still unknown but I don't see a lot. After that we start Small Wave 5 up but the last week or so of August is bearish from the Seasonality Chart, so that wave 5 might be drawn out into the first week of September before it tops out.

So it could be a sideways range-bound period for the 3 weeks after this Friday's OPEX, and then some final squeeze up around the 6th-12th of September to end it. Also, from looking (again) at how many traders are still super bearish, I get the feeling we'll go through the falling red trendline that connects the 4818 all time high to the 4631 lower high.

It's seen by everyone and if they want to take out the bears before the drop for Medium Wave 2 down (there's no "if" as they always take out the bears first) they should pierce that trendline and "run the stops" on the shorts first... then drop it. This opens the door for 4400-4500 to get the bears out and everyone bullish again as they see the breakout.

But it should be a "fake-out" not a real "break-out" as that last move up should complete the Small Wave 5 inside Medium Wave 1 up and have the market nicely overbought by then. It will open the door for Medium Wave 2 down to happen going into the end of September... but there's a major event on the 20th-21st.

Yes, you guessed it... the all important and talked about for months FOMC meeting. It's the one where many analysts are expecting the Fed to stop raising rates. I don't know what they plan to do but it could be a major pivot point in time.

If I'm right we'll be going down into the meeting in "fear" that they aren't going to stop and will continue raising rates into 2023. Now depending on where we are at in price when we get there will tell me a lot. If we are back at say 3800 going into that 2pm EST meeting on the 21st then I'll strongly believe that whatever they say will turn the market back up huge and start the Medium Wave 3 up to 5245 or more into the end of the year.

If we are only at 4100 or even 4000 then I'll think they will have a shake out drop to 3800's after the meeting (which could last 1-3 days afterwards) and then the fear calms down and the market reverses back up the rest of the year. The point here is that I think we'll be down into the 3800's by the end of September before we start the huge rally up the rest of the year. What the Fed says isn't important.

What's important is to use what is said to shake out any longs that will start coming onboard in the next 3 weeks as we go up toward 4400-4500, and to trap the bears short in the 3800 area. When this all plays out that 3800's low will make the right shoulder of an "inverted head and shoulders" pattern.

The head is the 3639 low and the left shoulder is the 5/20 low. The lower rising red trendline, that is in the 3800 range in late September, is from the two lows back in 2020 that created the Large Wave 2 ABC pullback. Start at 9/24 back then and connect it to the 10/30 low and that's the trendline. That's all I can think of to cover for now. As for today, I have no idea where it's going. I'll just again say that this week should carve out the Small Wave 4 pullback. Have a bless day. 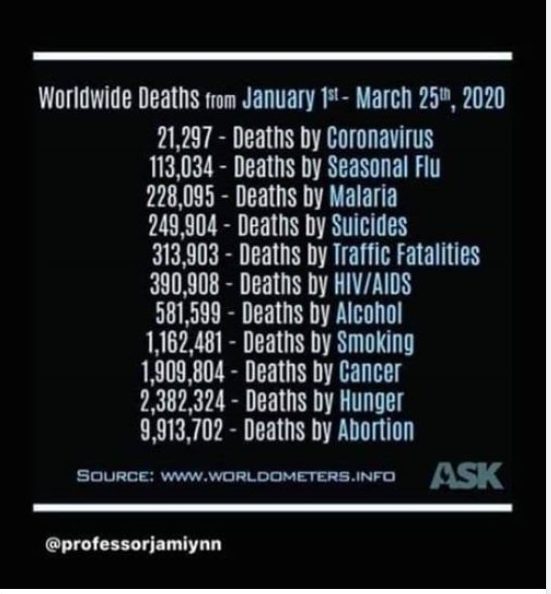 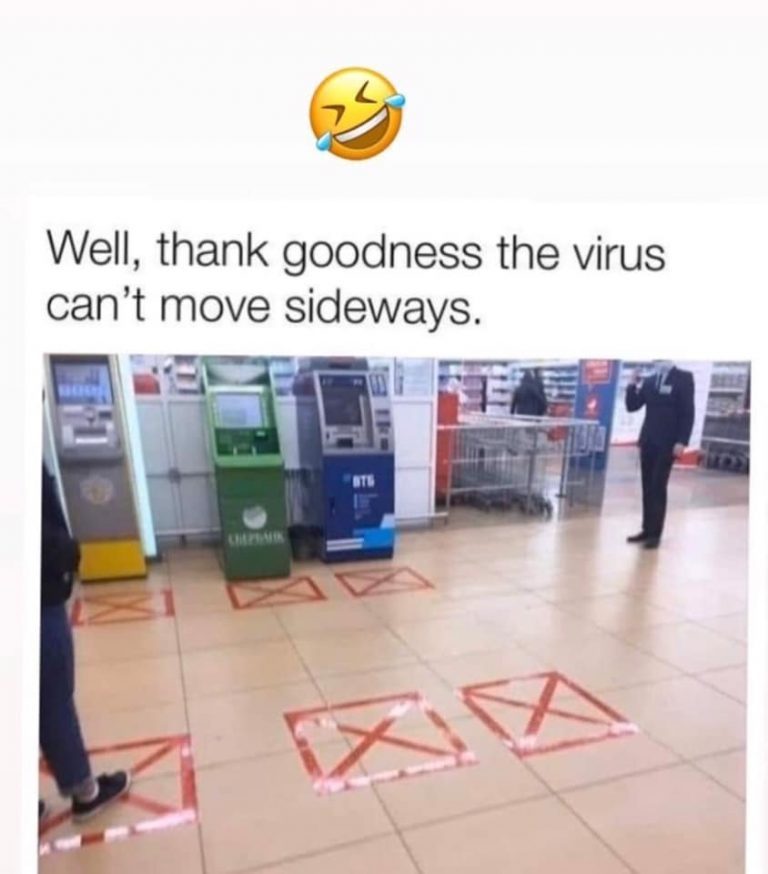 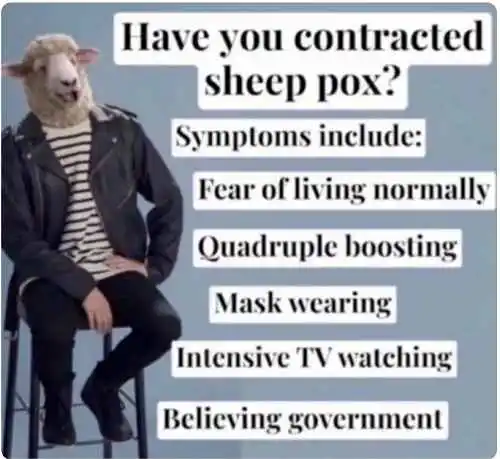