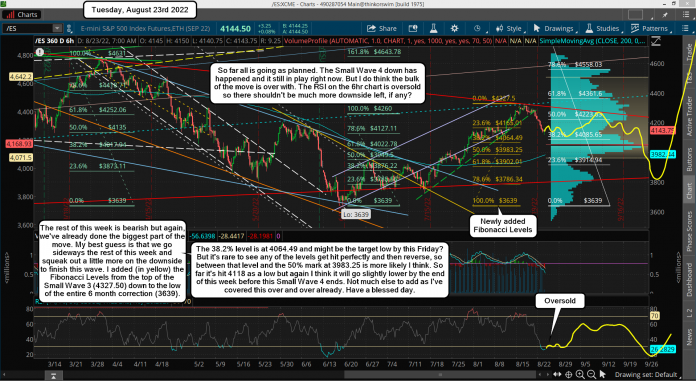 So far all is going as planned. The Small Wave 4 down has happened and it still in play right now. But I do think the bulk of the move is over with. The RSI on the 6hr chart is oversold so there shouldn't be much more downside left, if any?

The rest of this week is bearish but again, we've already done the biggest part of the move. My best guess is that we go sideways the rest of this week and squeak out a little more on the downside to finish this wave. I added (in yellow) the Fibonacci Levels from the top of the Small Wave 3 (4327.50) down to the low of the entire 6 month correction (3639).

The 38.2% level is at 4064.49 and might be the target low by this Friday? But it's rare to see any of the levels get hit perfectly and then reverse, so between that level and the 50% mark at 3983.25 is more likely I think. So far it's hit 4118 as a low but again I think it will go slightly lower by the end of this week before this Small Wave 4 ends. Not much else to add as I've covered this over and over already. Have a blessed day. 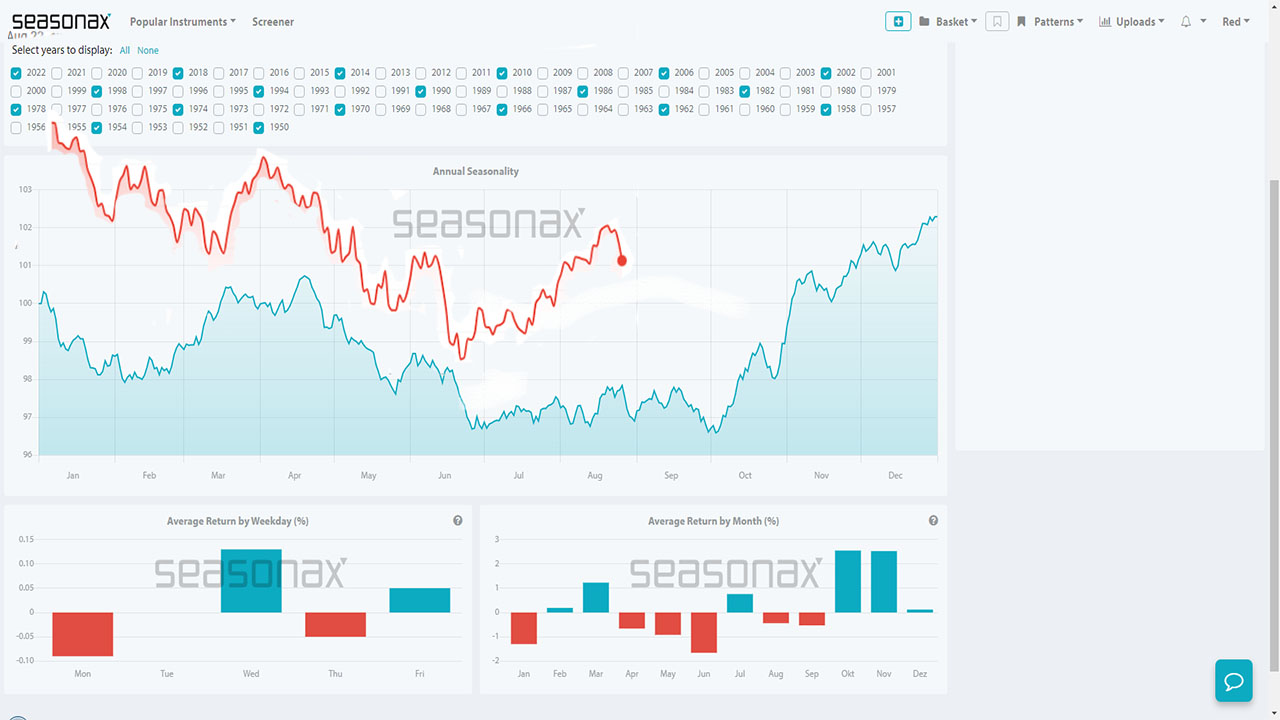