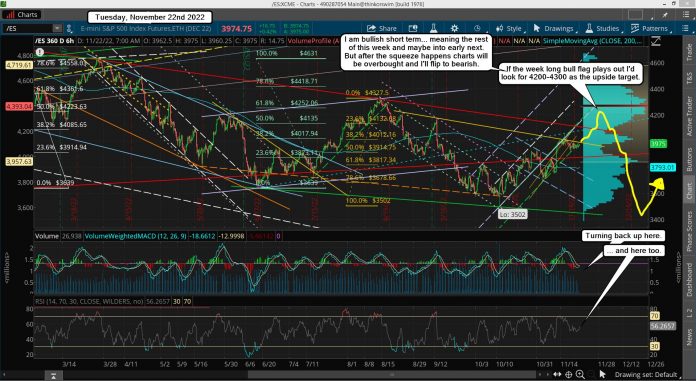 Another day of chop, which I expected since this is a holiday week with light volume. I'm sure most all traders see how this period looks just like the May 30th to June 9th chop zone, but will we get the same results? I've been in this spot so many times in the past 13+ years and being the big ol' bear I was I'd take a short only to wake up a few days later to a big breakout squeeze that killed my position.

Not only is the pattern the same as but it's also formed big head and shoulders now with that prior chop zone being the left shoulder and the current chop area being the right shoulder. The head is the 4327 high on August 16th, so I can't blame traders for taking shorts right now. Problem is... everyone see's it.

You can't have the majority all on the same side and expect it to work. Now I'm not saying that we can't go down, as the technicals are suggesting another big drop is coming soon. But they aren't overbought enough yet for that to happen, at least not from what I can see.

From my past history of getting screwed with perfect setups like this I watched SkyNet run all the stops on the shorts first with some kind of squeeze move higher first... then when everyone flipped to bulls it would start the real move down. Everyone see's that falling red trendline of resistance too, and it will NOT be that easy to just short it and expect a big drop to follow.

No No... SkyNet will trick and trap both bulls and bears first. I would be super shocked if we don't pierce through that trendline now that we've being going sideways for a week now in this choppy range. I don't expect 4327 to be taken out but I could see 4200 or so before it rolls over and starts the next move down. 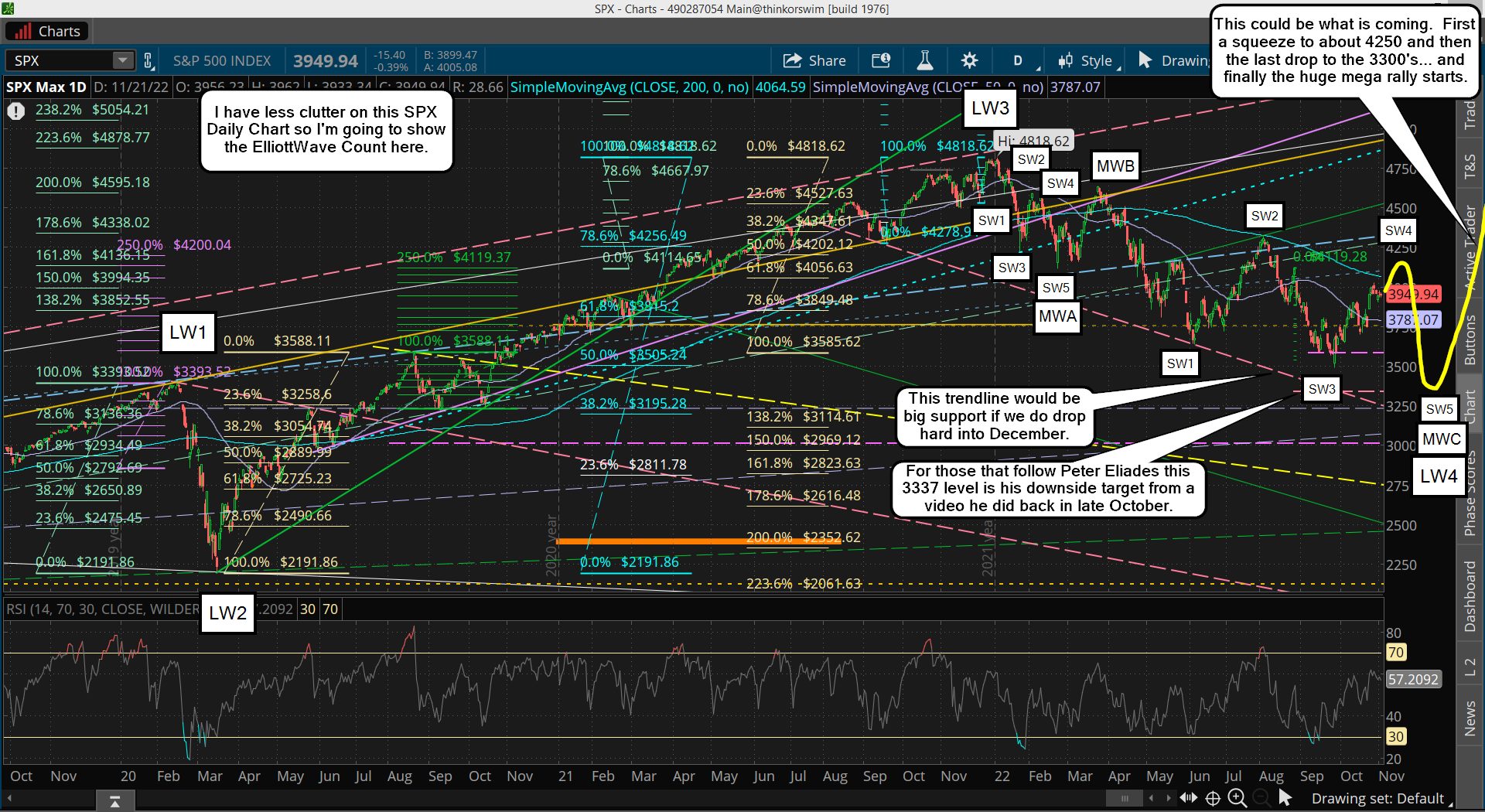 How low could it go you ask? I don't but it could make another lower low, like into down to 3400, or even the 3300's if it's a scary flush out type move. While it's not likely now that the Fed is going to pivot they could announce some kind of fixed amount for the top of this rate hike and some final, last date for that hike to happen. The market is always forward looking and the Fed hasn't really said anything to indicate "where the top is" or "when the hikes end", and if that information was known the market will adjust and start a rally in front of the last interest rate hike.

And I wouldn't be surprised if they said something like "we will do the last hike in August of 2023 (example)" and the market rallies all of next year prior to then and actually tops out (6000+?) during that month when the final hike happens.

Ok, as for the short term... this sideways action is still a bull flag from that 200+ point rally day on the 10th, and a common way to estimate the breakout level is as follows: You take the starting point of the flag pole, (which is roughly 3750) and the top area of the flag (which is about 4000) to get the points. That's about 250, which you add to that top of 4000 to get an approximate target of 4250 for the move up after the bull flag plays out.

You can see clearly that level will easily be over that falling red trendline, and you know it's going to squeeze out the shorts. Plus it will lure in bulls seeing that red falling trendline of resistance finally get taken out, but if the technicals show the market as very overbought at that point the breakout should fail to hold and another move down should follow.

If you are a regular reader you know I've posted about 4 or 5 different wave counts in the recent past. And you'll know that my biggest problem with this rally up starting the huge move to a new all time high and beyond is the lack of a completed 5 waves inside a C wave that make a clean ABC down from the January high. If this rally happens, and then the drop follows to at least double bottom, but more likely make a lower low, the wave count will be perfect.

It would mean this move up from the 3502 low is a Small Wave 4 inside a Medium Wave C down form the 4631 high (the top of Medium Wave B) on March 29th. This last drop would be the missing Small Wave 5 that I've been puzzled about for months now. If it plays out like this then the Large Wave 4 from the January all time high will finally end and the Large Wave 5 up will follow into mid-late 2023. Time will tell. Have a blessed day. 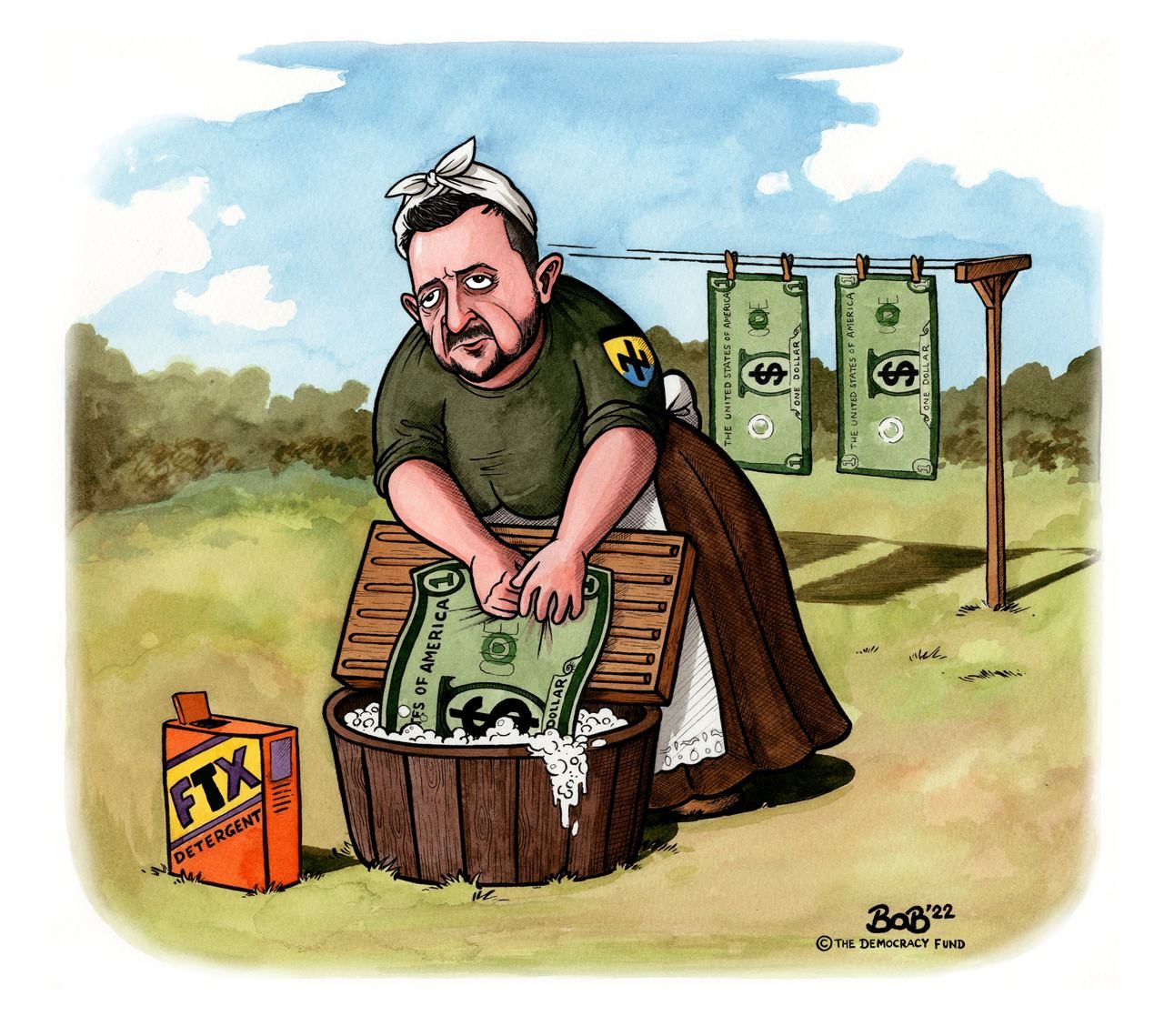