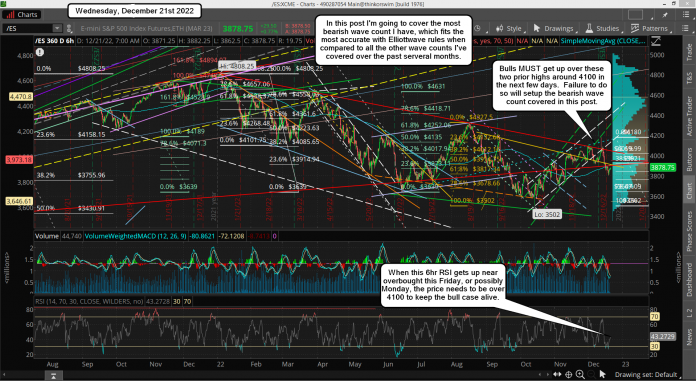 As we get closer to Christmas, and the market is slowing down in volume with the pro's taking time off for the holiday, I want to zoom out on the SPX Cash Chart to see if I'm missing anything.

As regular readers know I've been scratching my head all year long trying to figure out the wave pattern, which I've tried to "make it fit" into a bullish count with the low being "in" on 10/13 at 3491.58 (3502 ES) and the prior low in June too.  But it still doesn't "feel right" no matter how I try to replace the various A's, B's and C waves... nor the 5 waves inside them.  The only way it looks correct is in a abc-A, abc-B, and 5 wave-C pattern.

This is a very bearish wave count that suggests we could indeed hit 3000 or below before the Medium C Wave completes all the waves inside it. But it's the only wave count that really lines up nicely and accurately with all the current waves we have completed already. But I don't think it's going to happen before the end of this year.

However if this count is correct then January (possibly into February) is the period where we could see the big "capitulation" drop for the likely wave 3,4, and 5 inside the Medium C Wave down. 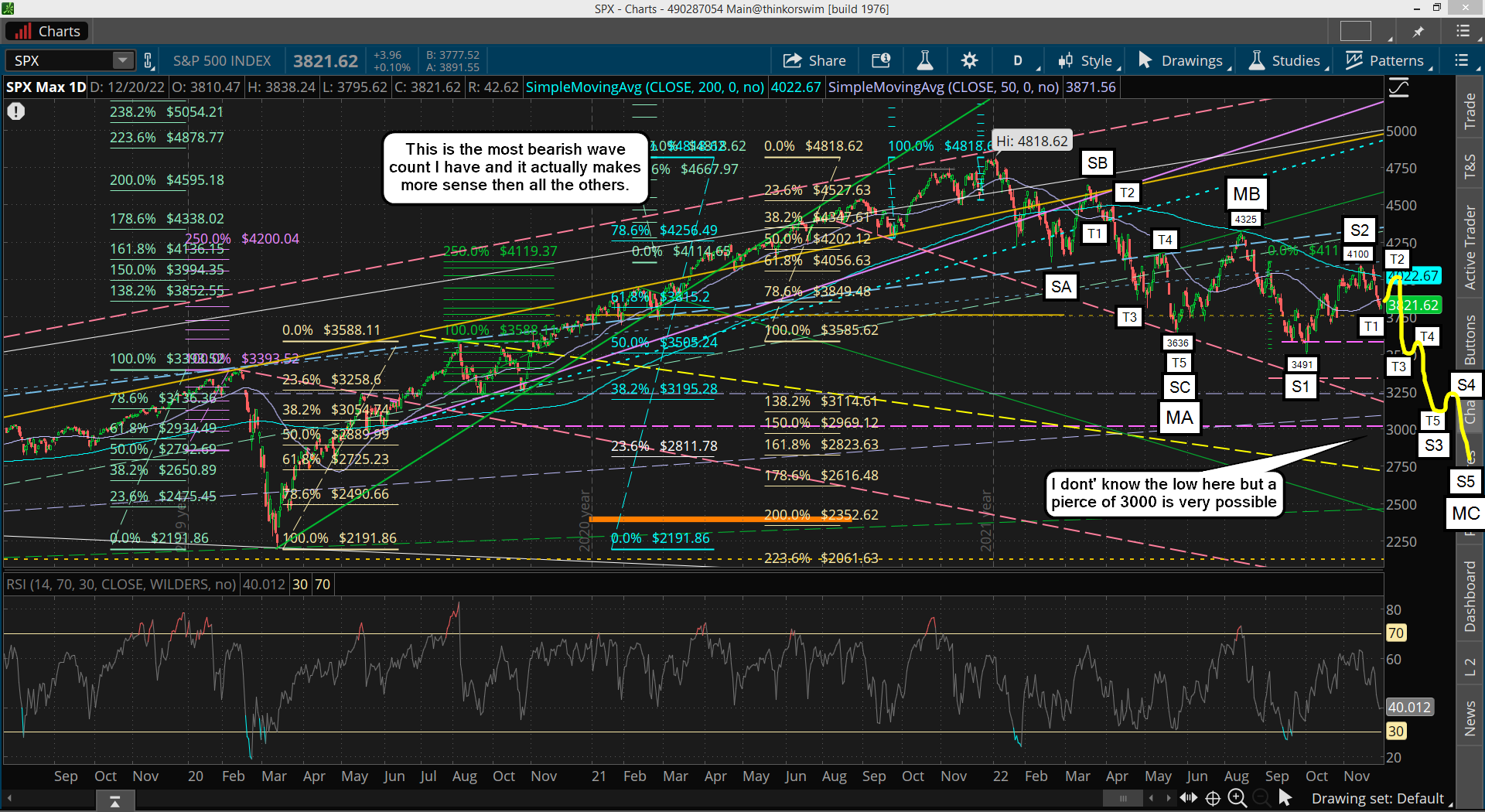 Now as much as I wanted to see a huge rally start and take us to 5000+ this wave count is just one I  simply can't ignore. It makes more sense then all the others I've done in the past several months.  So Bulls MUST get up over that 4100+ area from the 12/1 and 12/13 prior tops within the next week or two, or else I think this bearish wave count will play out.

Get over those previous highs and the bearish count should "possibly" (not positive but likely) be killed. To really kill it the Medium B Wave (MB) at 4325 has too be taken out.  But time is ticking for the bulls here as they only have next week that really favors them from the Seasonality Chart.

Currently I'm still bullishly positioned but I just might take a short soon as protection as this wave count scares me. I just can't risk trying to fight the Fed who clearly wants the market lower, nor fight the technicals that are still aligned bearish.  Add in this likely Elliottwave super bearish count and I have too cover myself.

It suggests that we are currently inside the most powerful wave down of all year right now... the wave 3 inside a C wave!

Now of course it subdivides in many smaller sets of waves that are either 3 or 5 wave patterns. We should be in the Tiny Wave 1 down now and if we bottomed yesterday then any rally up into the end of this week (or into next week?) will be the Tiny Wave 2 move, and that's all inside Small Wave 3 down further inside the Medium C Wave down.

This is what people call the "crash wave" where capitulation happens. I hate to say it but if this happens January is going to be a blood bath in the market. No matter how bullish I am (which that's certainly the way I'm positioned) I must be prepared to take a short this Friday or so if we rally up to under 4100 and the RSI gets overbought (6hr chart) which I get the feeling it will be.

Maybe I wait until next Monday, but it's really not about "the date" as much as it is how far it goes up and how overbought the technicals get.  That's really my focus on the "when" part, which I'm speculating will be this Friday because it's right before Christmas and the volume should be super light I suspect, so a high for this expect bounce could end there.  If not then next Monday mostly likely.

Ok, I think I've covered everything here, so trade safely and have a blessed day. 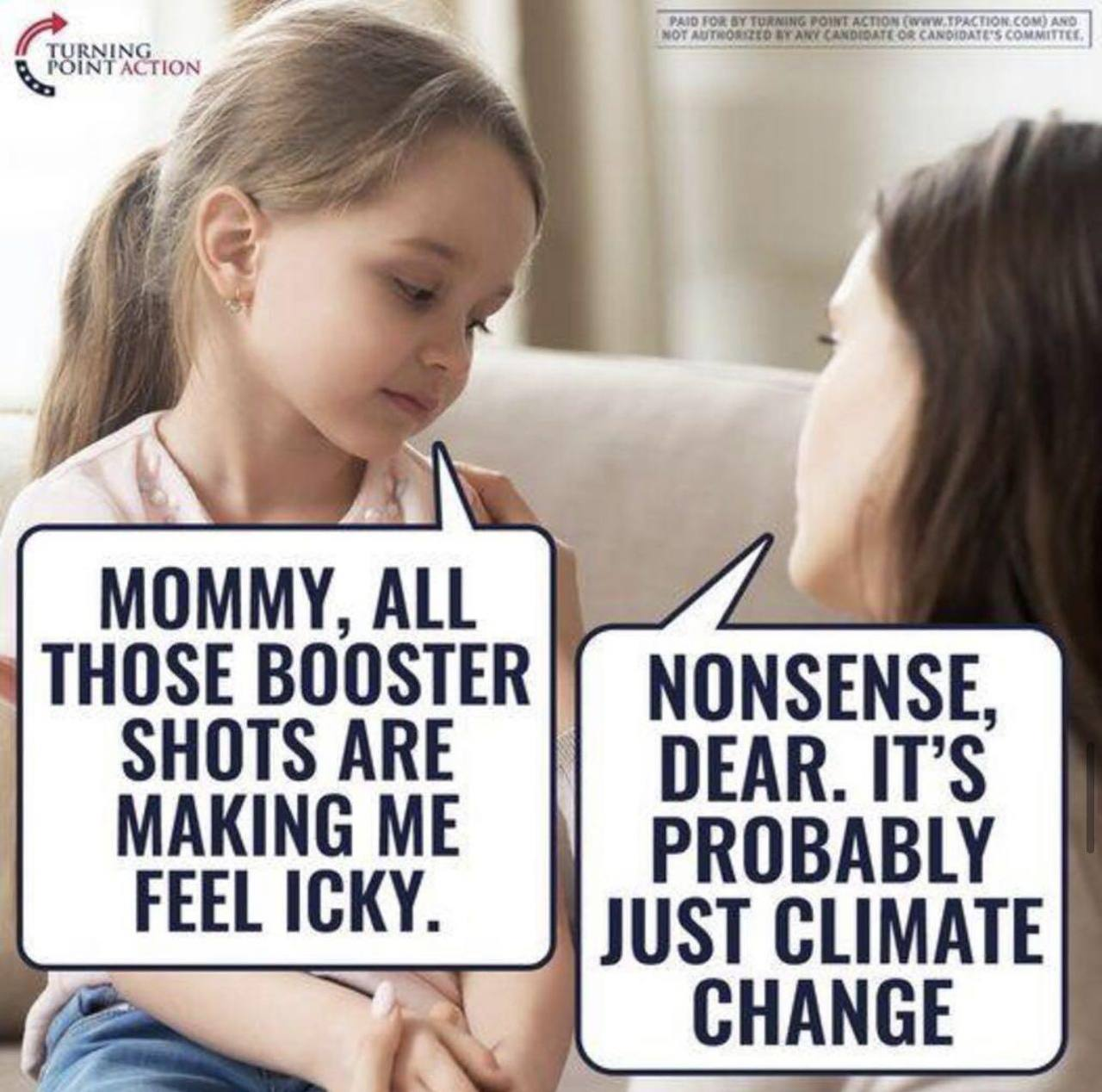