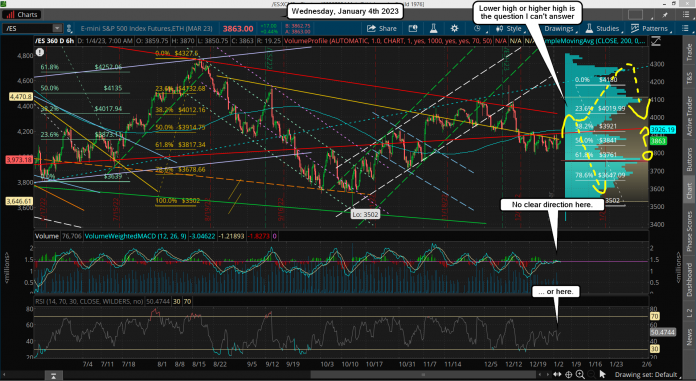 Today is day 2 of the reading of the Fed minutes from the prior FOMC meeting, which usually doesn't amount to nothing... a really dud event. But with the market going sideways in a 100 point trading range for over a two weeks now one has to wonder if some surprise is going to be announced to spark a move out of this consolidation range.

I said yesterday that it would be really hard to get through the overhead resistance zone between 3950-4100 due to all the time spent in that range... like a month now, which is a lot of volume. I mentioned that odds favor a rally up to under 3950 and then a rollover for a wave 3 to take the market to a new lower low.  That is still on the table... unless some spark causes a short squeeze.  Then we could rally up to 4300 before stopping and deciding on the next move.

On the bearish wave count that would be my Tiny Wave C to complete Small Wave 2 up, which then means a Small Wave 3 down would be next. However, when (if) we get there I'll have to re-look at the technical picture to see if another big drop to a lower low is still likely or a higher low.

Meaning that if we get there I'll have to revisit the bullish wave count too, which puts the October low as the bottom. I must remain open for either scenario.  For now that's not looking likely but we all know that if the Fed decides they want the market to go up from here... it will.

Therefore today could be an important one if they say something the market really wants to hear.  I'm not counting on it as you can't predict those kind of news events. For now I can only say the everything from a technical point of view says we go up to into the resistance zone, which is "without" any news.

But without some kind of spark the odds of getting through it seems low too me.  I guess we could get into and chop sideways for another month to chew through all that volume but with the majority of January being a bearish month that seems hard to do.  December was a bullish month and look what happened there.  Is it reasonable to think the market can get back into the 3950-4100 zone and stay there for a month to build a base (bull flag) and breakout afterwards?  Anything is possible but I'll give it low odds without a catalyst punch through.

For today I doubt if we see anything but more chop until after the Fed minutes are read at 2pm EST.  If Powell says anything additional that is viewed positive then we could breakout.  Otherwise it will be a slow process to move up and enter the November chop zone.  Have a blessed day. 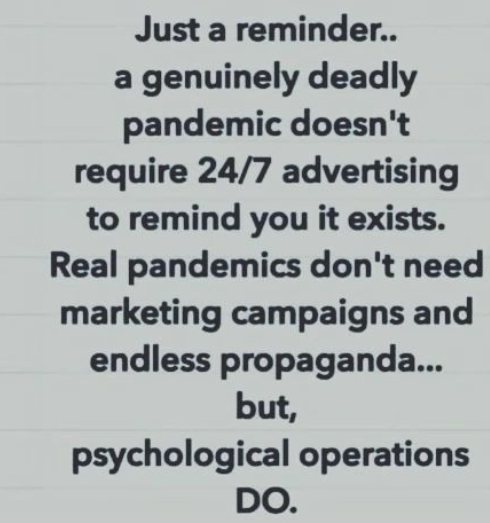