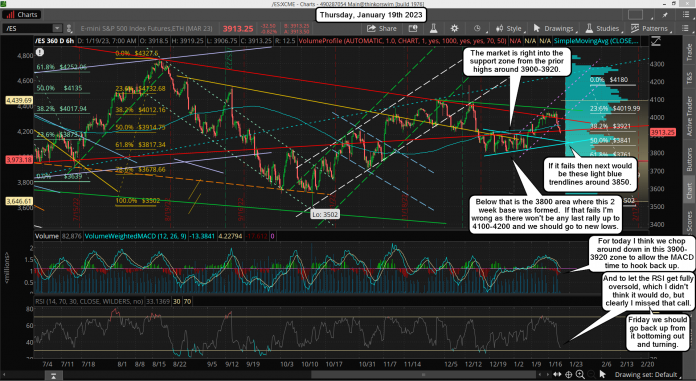 The bulls failed yesterday on holding above the falling red trendline and the market dropped back down to support around the rising red trendline. The RSI and MACD's felling quickly too from being up near overbought previously.

Bulls need to hold the 3900-3920 zone today while allowing the RSI to get oversold and the MACD's to reach the zero line where a turn back up can happen. I had hoped the bulls would hold the line and go sideways for another couple of days to allow the technicals to reset slowly and then they could build a strong base (bull flag) but it was too much for them it seems.

I'm still expecting another move up to happen to reach the 4100-4200 zone before the really big drop starts. It should run the stops above 4100 and while there are some above that 4180 fast spike on 12/13 there might not be enough to warrant going over it? Meaning maybe we just double top it... I don't know?

But another move up over 4100 is still very likely in my opinion. When is the question I can't answer but next week or the following week is the most likely period. They never make it easy to figure out when it's right in front of a very large move (up or dowwn).

So assuming it was going to just bust upward from the bull flag it has made the past several days was just foolish of me I guess. I'm sure there are many bears right now expecting the market to continue lower with it breaking down hard and starting the last really big drop to 3000-3300, but I still do not still it starting yet. It's just way too easy to short and they just don't do it like that.

I still think they will run the stops on the bears before this drop really start, just like how they ran the stops on the bulls yesterday looking for the bull flag to work. I'll be a bear above 4100, but for now I'm still waiting for that big short to show up. Have a blessed day. 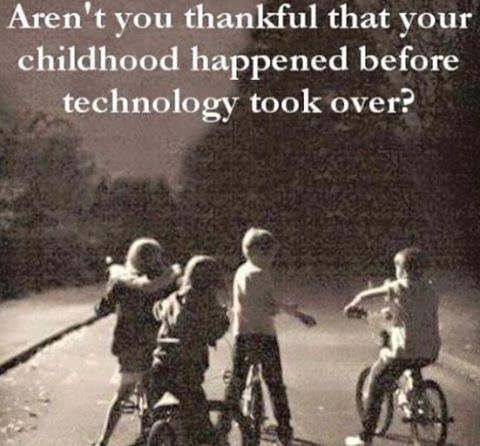