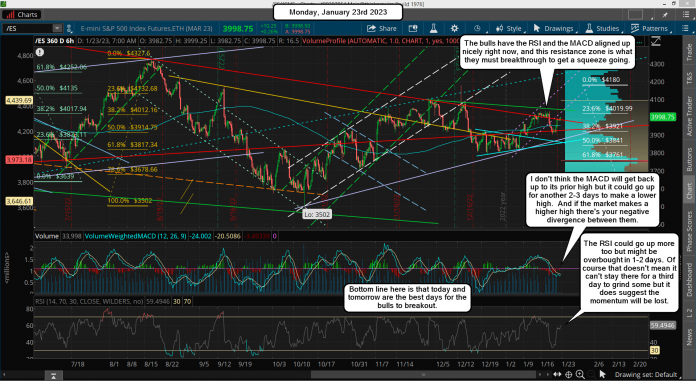 This week and next all the big tech earnings will be coming out, so if there's ever a good opportunity for the bulls to breakout of the large triangle pattern it's been in for months now... this is it.

As you know I mentioned on Friday that I thought we might bounce small (20-30 points) and rollover Monday to go as low as 3870 before bottoming out and starting the next move up. Well, that didn't happen as the ES found support at the 3900 area and rallied hard late Friday to close at 3988. The RSI still has more room to go up higher and the the MACD is just turning up now.

Bulls will want to keep this momentum going early this week if they can, and use earnings reports (if good) from various companies to finally breakout and run for 4100+, which I still think is likely to happen before the next big drop starts.

It can certainly go up that high if it wants too, but I do think it will be based on how many stops are there to run. The market doesn't have the big boys supporting it with a lot of buying, so the only fuel it will have is from the shorts. The bulls just need a trigger to cause the squeeze to happen and earnings could be just that trigger.

Naturally I could be completely wrong but it's what I see as likely based on the technicals and prior patterns, so I'm sticking with it until proven otherwise. Below is a chart comparison between 2008 and 2022, and while they are similar I'm not expecting a crash to happen with this next and last move down here in 2023 like what happened in late 2008. 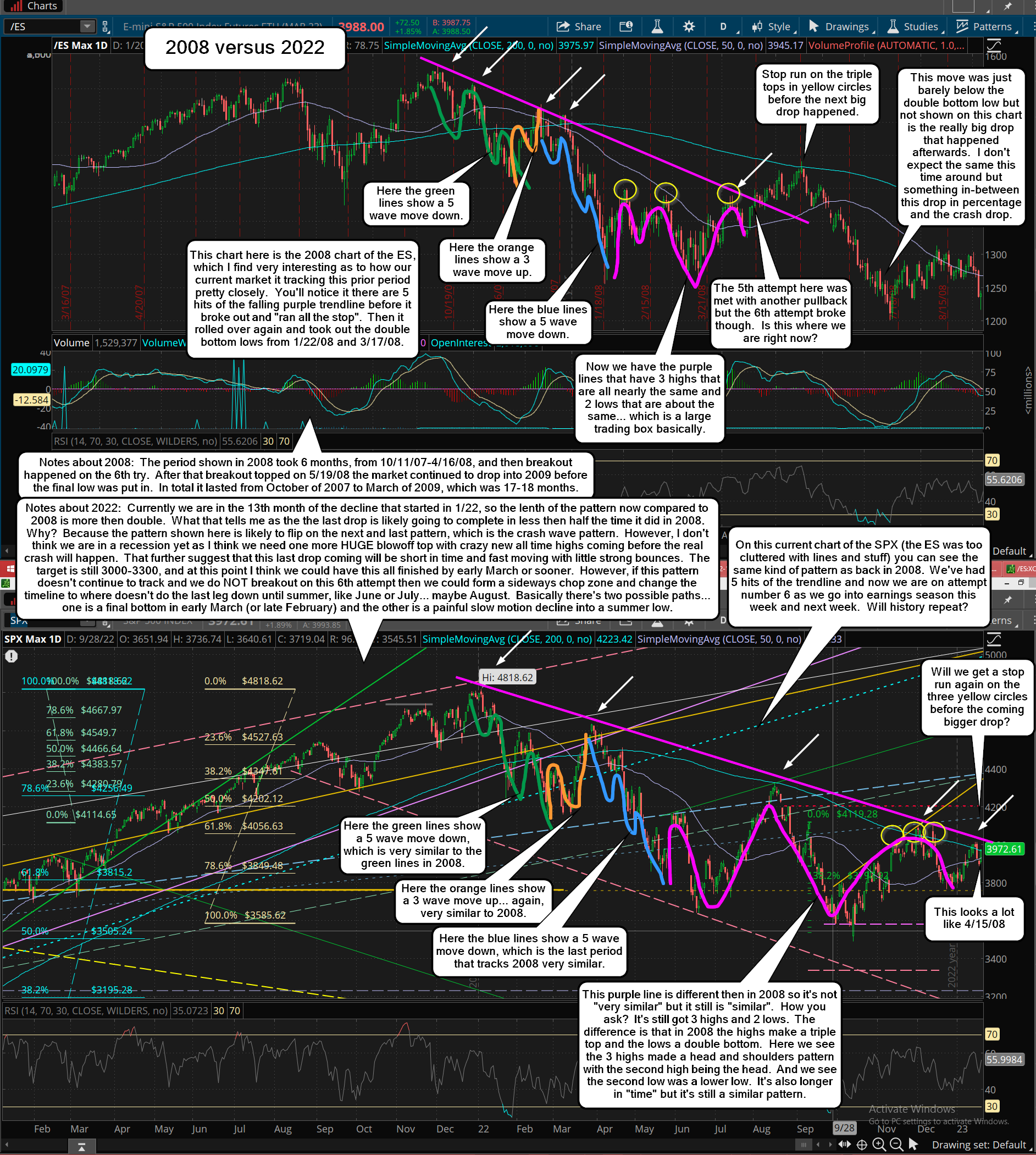 Now I used this comparison to 2008 only as an example to point out that it's very common to see the market "run the stops" before the last big wave down happens. I could have probably looked back in time at many similar periods where there was a steady drop period that created a falling trendline of resistance, which was broken with a "stop run" prior to the last big drop.

Maybe they have different amounts of times that it hit the trendline before breaking through it but this pattern happens over and over and over through out time. And this tells me that we must take out the stops overhead first if the market is going to flush out lower into the 3000-3300 zone and put in a final low.

And while I like to stick with the technicals and not try to predict or trade off of outside events I think it's possible (and likely) that the last mega rally up to 5000+ will be the deep state trying to get more money as their money laundering scheme with Ukraine is ending now that the Republicans control Congress. They will need another place to steal money from and the stock market is likely going to be that source.

All they have to do is to allow (and promote) this last big drop to happen next month and then they can tell the Fed to "pause", which then that will be the reason to start the mega rally up. Of course they will buy the lows and sell the top later this year as they ram up as high as possible to get the max money from it.

Currently I don't see any other source of money that they can steal from now as their laundering channels are getting cut off. This last mega rally is in the technicals anyway on the monthly chart and very large time frame cycles, so it's coming one way or the other. And since it's likely the last source of money for the deep state they are going to have to blow it up to insane levels before it all comes crashing back down.

As for today I don't have too much to add.  The RSI can certainly go higher and the MACD is just turning up.  Bulls could consolidate more if needed but they don't want to revisit 3900 again as momentum will be lost and the bears are hungry... meaning that support will likely break on the next drop.  Hold the 3940-3950 zone should be the plan for the bulls and break up through resistance on the back of some great earnings report to start the squeeze is the plan I'd do if I were them.   Have a blessed day. 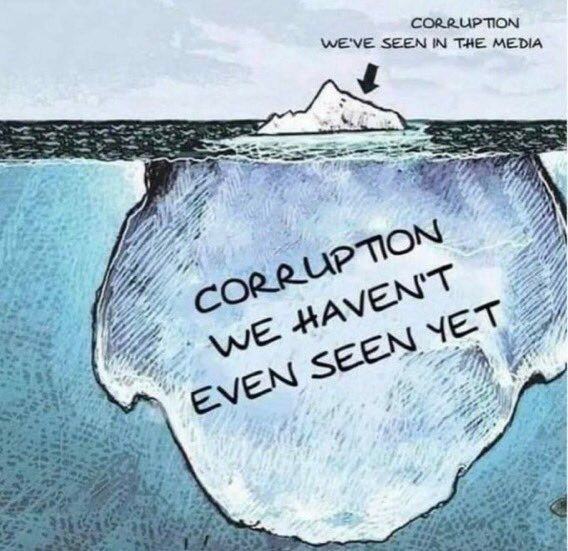