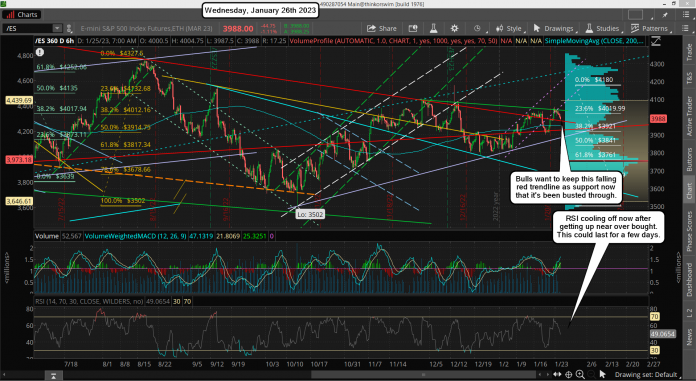 The market is finally taking a breather and allowing a pullback to happen. This could last a few days as the RSI might need that much time to cool off and reset. As for points on the pullback, I don't expect a lot. This 4000 zone should hold as support now that the market has broken out through it.

Higher prices are still likely as odds are good that we will take out the stops above the 4100 zone before any final top happens. How long that takes I don't know but it could drag out into mid-February if it follows that 2008 pattern in "time" that I talked about on Mondays update.

The key for the bulls here is to keep grinding higher a little at a time. The bears will keep shorting and that's just allows the market to go higher, which at some point we'll see the bears give up and then we'll know the top is in as they flip to bullish. I don't think it will reach that 8/16/2022 high of 4327.50, but after it clears 4100 it could easily run to the low 4200's.

Again, I don't know the price level. I can only guess at it. But if the August high is taken out then my wave count is busted and the low could be in from last October. I don't think that will happen but I have to remain open it as anything is possible. The best trick of all would be to get up really close to it and stop shy by just enough points so the bears won't short it because they are waiting on the double top. Like the 4250-4280 zone for example.

That would be high enough to have the bears stop shorting every move up, and become bullish short term. They might not go long as many are just stubborn bears at heart, but instead they'd wait on the August 16th 2022 high to be hit, and that "waiting" results in no more fuel for the squeeze to continue.

And most traders know that shorting a double top is works most of the time, so it's a high odds setup. SkyNet doesn't make it that easy as we all know.  I suspect the market will top prior to hitting that double top and rollover, but not huge at first as they will want the bulls to "buy the dip", and they will as they too will be looking for the double top.

But it won't come and the market will continue lower with bounces along the way until the bulls give up and become bears... which usually happens on the big flush out drop.  It's the wave C down or wave 3 in Elliottwave, but when it happens the final low is very close to as everyone is bearish again.

Currently we have bears shorting this triple top zone from the 12/1/22 and 12/13/22 prior highs (I'm excluding the CPI spike to 4180 here as it was very shorted lived and carries little weight). This is a bear trap I think, and while we will likely pullback from it, I don't see much downside.

So for today and the rest of this week I think we chop to reset short term overbought charts. The ol' "falling red trendline" that was major resistance for the last year should act as support now. Bulls will want to hold that level and use it as a place to build a base on for the next move higher into February. Have a blessed day. 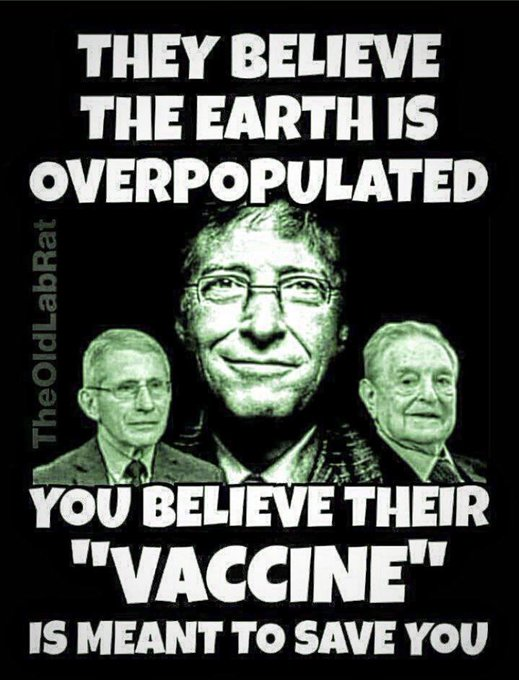