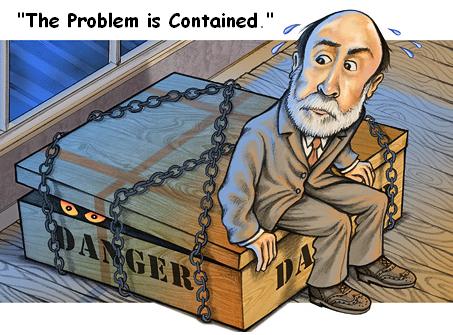 We are now at a dangerous point, as we managed to close at 1126 spx last week... which is at the 50% fib level from the 2007 high to the March, 2009 low.  But for now, I suspect that the light volume during this holiday season will continue to allow the market to move up higher or just sideways.  Therefore, I don't see much change next week, as we are still in a "holiday season" until next year.

Now, that doesn't mean that we can't pull back a little next week, (Monday would be the most likely day) and then rally into the new year (just no trend worth playing yet).  Maybe a one day correction to fill the gap around 1103 (at the most)?  I can't take anything serious until the volume comes back into the market.  The spx can be controlled easily through the dollar, financials or commodities.  Forecasting it now is useless, as any technical weakness will be bought by up.

Of course any major political event could cause a big drop for a few days, but who knows when something bad like that can happen?  Only those that are in power can know that.  Let's hope that they don't do anything stupid, as I certainly don't want a major war to break out somewhere again.

The dollar looks like it is back testing the moving averages and support lines, before another move higher will occur.  That lends support to a bullish scenario for the market next week.  Couple that will extremely light volume, and that should stop and serious sell off.

Personally, I'm staying out of the market until next year.  I do see a big move coming, but I'm not jumping the gun just yet.  Everyday brings new challenges, and opportunities... at least for some players.  I'm waiting until I see something that has better odds of success.