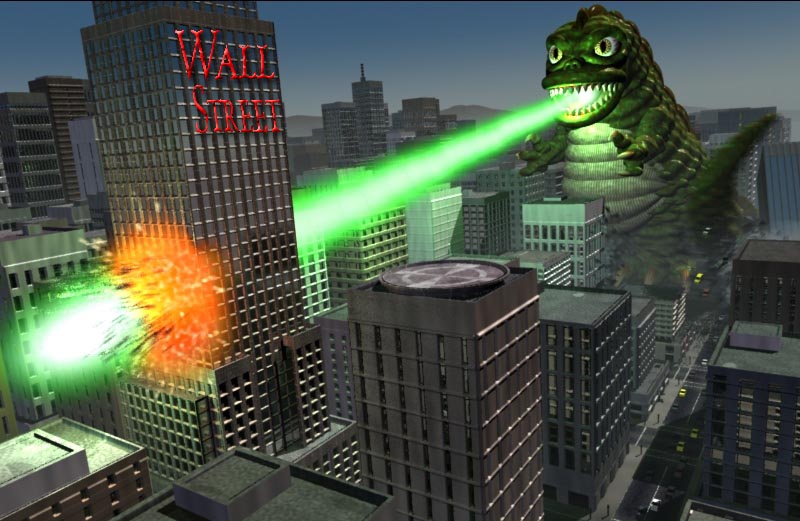 Wall Street is Coming under attack!  Job losses, fake earnings, corporations defaulting on debt, bailout's for the rich, housing markets underwater... all spell a CRASH Coming!  After all, how else can you paid off your debt... just wipe them out instead..."That's How"!

If you think that this is just another 10% correction, and that it's now over... you're dead wrong!  It hasn't even started yet!  Want the evidence?  I'll direct you to the 3 charts below (found on Shanky's Charts... link on my Blogroll)...

So, could Monday be a "Black Monday"?  I don't know?  But the rest of the week isn't looking good.  Wherever we peak on Monday (1070-1080... or maybe we already completed minor wave 2 up?), the selling to come after that will be huge.  It will be a minor wave 3 inside a larger wave 3... both inside Primary wave 3 (or C).  It's going to be scary from here on out.  At some point there will be "Panic Selling"... and I might not even want to make a daily post during those times?

Although I didn't create this bubble, I really don't want to be the center of an attention.  As a matter of fact, I never created this blog to gain a following... only to post my thoughts.  I don't use any type of marketing or even any other type of blog optimization technique's.  I really don't want any traffic to the site.  But apparently I have quite a few people reading it daily... that don't comment (which is fine).

I'm just looking to make enough money to retire on, and then relax and enjoy life a little.  So, if my daily posts become weekly posts... you'll know why.  (Not saying that I'll stop posting... only that I might take some time off at some point). 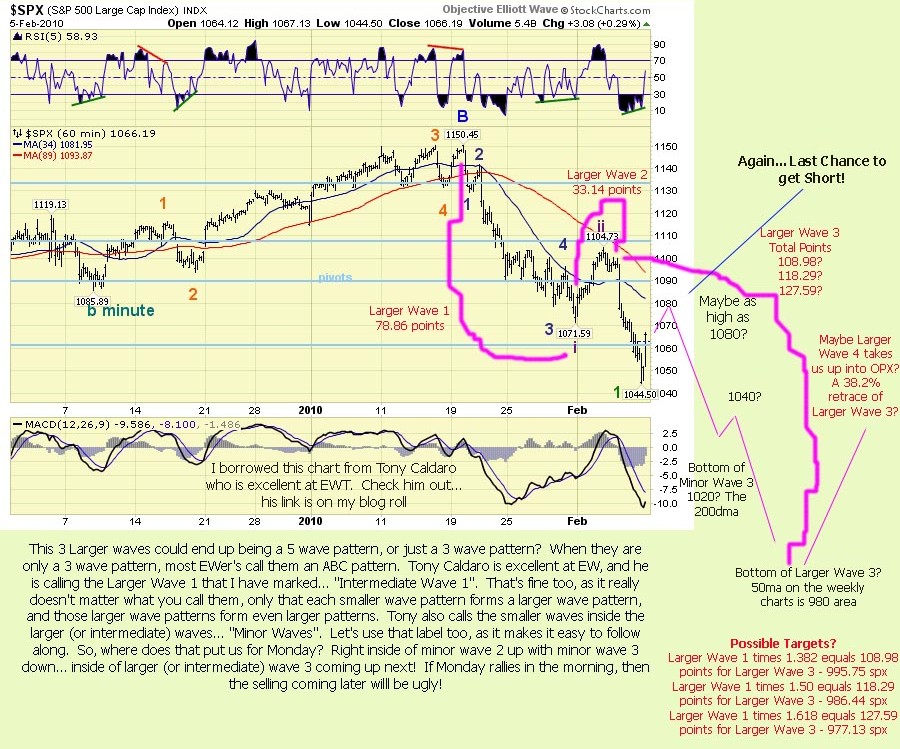 Remember, the 1000 level is important to the bulls, and a break of it would have the bears jumping on the short side faster then you can blink an eye!  Then once all the bulls have sold out and the bears are on the short side... Bam!  ...here come the buy programs to rally us back up for Larger Wave 4!  How high?  I don't know?  But, it will probably be in line with option expiration on the 19th.

That's what I'd do if I were them

P.S.  Keep in mind folks... nothing is written in stone.  This is only a forecast of the possible moves coming.  If the government comes into the market again, with a "Stimulus Package Number Two"... it all changes.  But for now, I believe they won't do that.  Not until the banks get done unloading their shares (a few months?).  Then they will come to the rescue again.