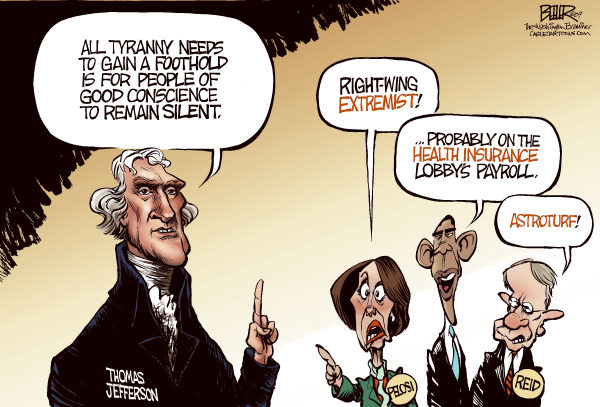 It's all about the Health Care plan now, as the market will likely react unfavorably to it passing.  Obama is dead set on screwing the middle class with this piece of crap bill.  It's going to cause premium rates go up for all customers as providers will be forced to cover everyone, including those with prexisting conditions.  Common sense tells you that insurance providers will raise rates across the board to pay for those people. 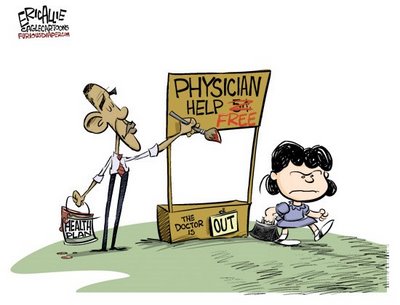 It's not fair to the healthy people to be forced to pay higher rates, but Obama is dead set on passing it.  Wall Street won't like it, and we bears are likely to see the correction that should have happened last month.  Because of all this manipulation since last year's low, Obama and the gang will likely cause the Great Depression 2, with a stock market at 3,000-4,000 Dow within the next 2-3 years.

I hope I'm dead wrong on that, but all the charts point to that area as the finally low, before any real recovery can happen.  If they would have stayed out the market, we might be recovering right now.  This process of slowly pulling the band-aid off the wound is more painful, and will do more damage, then to just pull it off quickly.  If will would have had Ron Paul as president, he stated that he wouldn't have bailed out the banks, and he would have most likely shut the Federal Reserve down.

That would have been the best thing to do, as the market would have probably put in a lower low then the March 6th, 2009 low, and then traded sideways for the last year building a solid bottom.  By now we could actually have been just starting a healthy rally.

Shutting down, or bankrupting the 5-6 largest (and crookedest) banks, along with the Federal Reserve would have actually made every American the equivalent of $10,000,000 dollars richer as that how much debt would have been erased from the system.  Basically, that's because the banks have stolen Billions of hard working American's money through the various bailout programs.  I didn't see my bailout money... did you see yours? 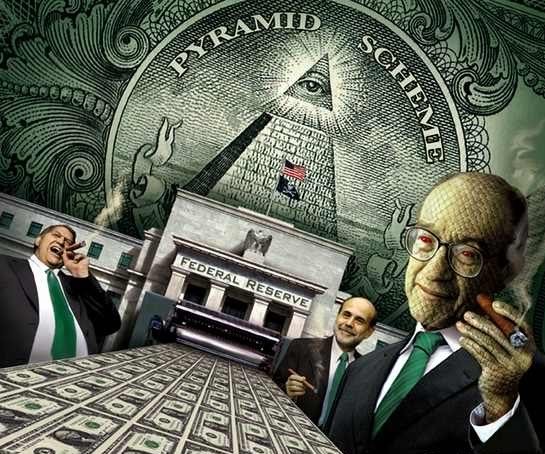 We really didn't stand a chance in the rigged election either as McCain would have also bailed out the banksters.  (So, I'd be all over him too if he had won).  Trying to get a politician into office that's "Honest" and has "Integrity" is almost impossible.  They usually don't have the funding to get noticed, and even if they do win some how, the crooked politicians won't work with them.  Nothing will ever get done, until you get enough honest people to overpower the dis-honest ones.

So what about the market?  I'd post some charts of the likely direction, but it's really worthless to do so until this bill gets passed... or not?  If it doesn't get passed, then you can expect more of the same old slow grind sideways to higher, as the big institutions aren't allowed to sell their shares until Obama and gang give them the OK.

If the bill passed, as I expect it to do so, we should certainly see another 10% correction... at the minimum.  Since it will be spring/summer soon, the market could then turn and go back up higher during those slow months.  I think the real fireworks are going to happen this coming fall/winter, as I don't think they will be successful in holding it up during that period.

But, for next week... assume the bill passes, we should see some selling.  Until that happens, I'm not wasting time posting charts.  I will say that 1150 area needs broken first, then 1115 area, and finally the double bottom area around 1045.  If will break that, then I don't see us going higher in the summer months.

So, I do believe that a correction is coming, but whether or not it's the start of the much anticipated "P3" or just another 10% correction is yet to be known.  Just for clarification, when I say 10%, I mean a correction similar to the one's we've already had... which haven't actually made it all the way down to exactly 10%.  Each one stopped just shy of a 10% correction.  If we do go all the way to 10% this time... the bear market might be back?

If you're a beaten up bear like me, you start becoming more cautious of making correction predictions, as I've been wrong so many times.  I know that every time I chart out a most likely path for any forecast correction, I get my foot stuck where the shine doesn't shine.  I'm going to be a lot more nimble now.

Of course that's exactly how they plan it... keep whipping the dog until all you have to do is pick up the newspaper and the dog will obey.  The government has succeeded in beating up every last bear to the point that they are either broke, just too scare to go short anymore, or have converted to being a bull.  I must admit, I'm too scare to go short... until I see the big institutions participating.  Without them selling, no down move will stick. 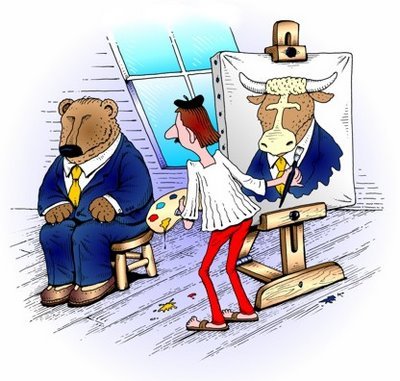 So, I'm expecting some selling next week... but I'm not shorting until I see how Wall Street reacts to the health care news.   There are many reason for the market to fall.  Not only is the market worried about the health care plan, but the Greece problem hasn't went away either.  The dollar is looking bullish too.  And I believe oil is also ready to fall.

There's also talk of raising the capital gains tax, which will drive money out of the stock market and into tax exempt investments, like municipal bonds, etc...  The longer this market stays up, the further it will fall.  That's the really sad part for the average non-trading American, as all this manipulation is going to wipe out what little savings they have left.

You have 33 states with unemployment over 15%, and at least 5 states are ready to go bankrupt.  There are so many reason for this market to tank, that I couldn't even list them all.  The more the government intervenes, the worst it will be.  If we had a truly free market, the bad apples would have already been removed from the basket, and some sort of real recovery could have already began.

But, we live in corrupt world where the rich get richer by stealing from the middle class to bribe the poor to vote them in office, or the candidate they support.  If you're poor you'll be fine as the government will give you your monthly payoff.  If you're rich you'll continue to sell your soul to stay that way.  And if you still have a job, then you're somewhere in the middle... regardless of how much you actually make, consider yourself a "middle class" American.  Meaning that your role in the Matrix is to work every day to serve others.  Kinda sucks, doesn't it?

But, at least you have the illusion of freedom.  You feel some what free... right?  Of course, you know that you're really not free... for if you were, you could pick up and go anywhere, anytime, and stay as long as you want too.  But, with a mortgage, wife, 2.5 kids, car payments, car insurance, health insurance (which will increase shortly), and who knows what other bills... you really aren't that free after all. 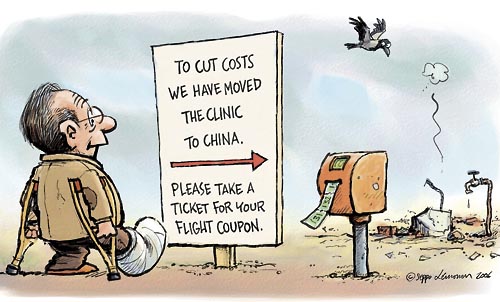 So we gamble in this casino game called the stock market, thinking that's it's not actually gambling because we can use some form of technical analysis to logically predict where the market is going... only to realize that the market doesn't operate on logic, but instead it operates with the sole purpose of taking your money.  Kinda like Vegas... isn't it?  Well, at least you could get free drinks in Vegas...