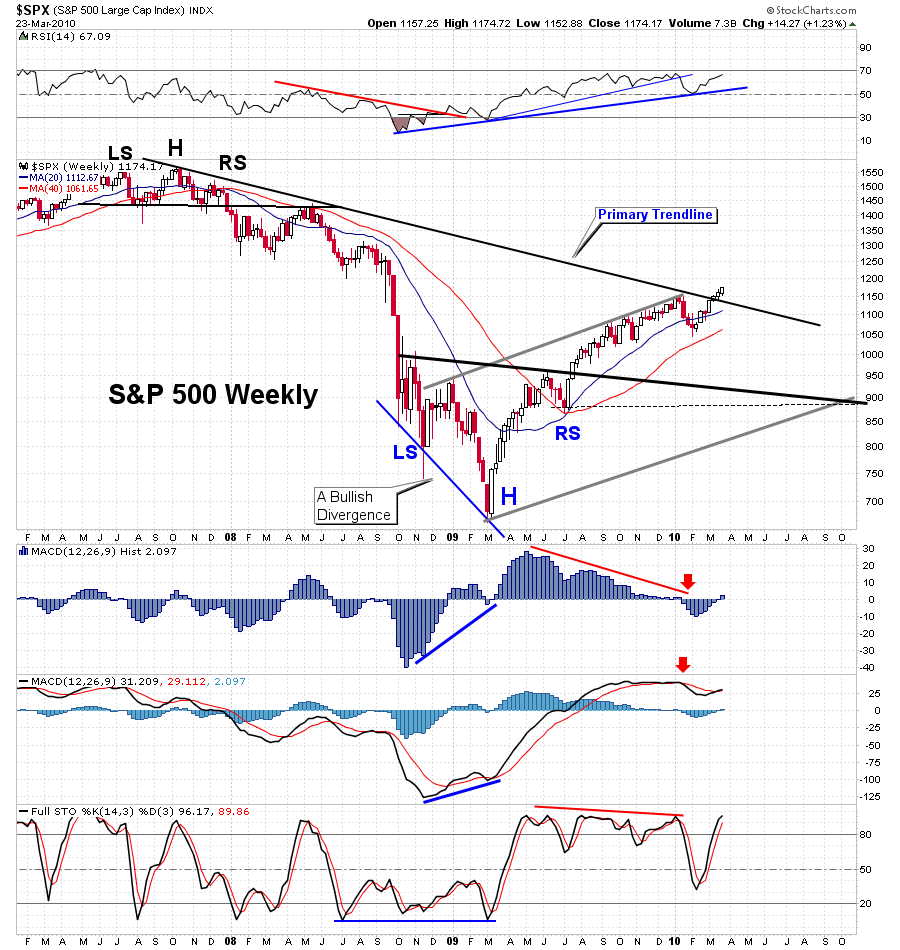 Ever since the March 6th, 2009 low, the market has routinely triggered the computer buy programs at 3pm-3:30pm, and today they were triggered again.  It's so common now that you can set your watch to it.  Every time there is extremely light volume, it seems that some buy program hits at the last hour of the day.

Of course they activated the computer buy programs at 3pm today, and squeezed the bears once again.  Being a bear in this market should be classified as "suicidal", as they are being hunted to extinction.  I would tell you again how massively overbought this market is and should correct back down, but again... it's worthless right now, as the bulls control the tape.

So, I looked around and found a bullish chart (found on the chart pattern trader).  It was really hard to find one, as most charts are bearish, but the weekly chart has room to go higher. 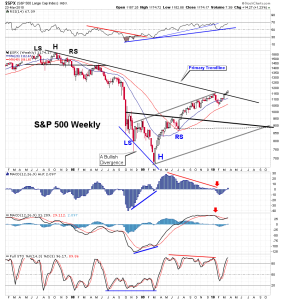 As you can see, the MACD just crossed above the zero line last week, and in positive territory now.  If you ignore the "overbought" condition, and just look at this chart... you would be bullish.  Of course charts are really worthless right now, as the Obama gang isn't allowing this market to sell off any right now.

So, we wait... until Obama gives the big boys the "Go Ahead" to take some profit.  Of course some news event will be blamed for it, so keep your eyes open.  I doubt it will be the jobs numbers as the new Census Jobs created will probably cause the numbers to beat estimates... which could cause us to rally more.

The Greece ordeal could blow up anytime between now and eternity... meaning you can't count on that one to crash the market.  I don't know what the event will be, but I'm sure it will be during a light volume session or holiday weekend... to catch the bears sleeping of course.

Maybe I should forget charting and go back to just bitching about corruption?  Hell... I never started this blog by posting charts or making technical analysis... why start now?  I'll just rub my crystal ball and tell you that nothing is going to bring the market down without volume... which will come from some bad news event.