Does the Bull get his old job back? 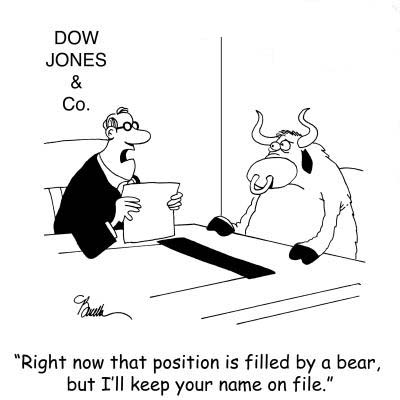 The market closed the month of May out, as the worst it's seen in 70 years.  Does that mean June is going to be just as bad?  I doubt it, as I do expect a rebound to happen this month.  From what level is the question?  Is the current 1040 spx low the starting point, or do we still need another low first... before starting a serious rally?

In these video's, I'm going to explore both bullish and bearish counts, as both are possible at this point.  From a technical point of view, the market is looking very bullish right now.  The daily chart is starting to turn back up, the vix is overheated, and the dollar is looking like it needs to pullback some and give the euro a nice bounce.

But, we all know that looking only at the technical picture will get you burnt sometimes.  You must also include other things, like the news for one.  Markets can stay overbought or oversold for longer then you might expect them too.  I'm going to cover the news factor too, as I think that will be a big mover of the market next week.

One thing to keep your eye on is the announcement that France is now warning on their credit rating.  That, plus the ongoing oil disaster, in which the latest attempt to fix the problem failed over the weekend.  There are still many things that can spook the market, causing another sell off to happen.

So yes, the technicals are pointing for a relief rally, but since everyone and their brother is now expecting the same thing... what's the likelihood that it's going to happen like that?  Most chartists now have us going back up to either 1120 or 1140 on the spx, and then another wave down.

That's the part that makes me wonder if it's going to happen like that?  The market usually doesn't allow the bulls and bears to profit, by entering and exiting their long and short positions at per-forecasted targets.  It fact, it usually likes to trick them both, by trapping one in their position, and not allowing the other one a spot to get a position.

Regardless of whether you are bullish or bearish, both are usually taken to the cleaners in this wild casino game they call the stock market.  I know that most bears were squeezed out on last weeks' 300 point up day.  The bulls didn't see that coming either, and probably missed the ride up too.  But, I think bulls are on board now, as they all see the Inverse Head and Shoulders pattern that should produce a nice 50 point up move, to about 1140 spx, should it play out?

The bears see the pattern too, and are probably sitting on the sidelines in cash... too afraid to short from the 1090 area that we are currently at.  They are waiting to go short at 1140, at the same point the bulls will close out their longs.  Seems a little too easy for me to believe that the market is going allow the bulls and bears to profit by a move up to 1140, or even 1120 spx, as others have as an upside target.

If I were the market maker, I'd gap it down on Tuesday, trap all the bulls, and keep going lower until I put in another lower low... not allowing the bears a good spot to get short on, or the bulls a bounce to get out on.  But, I'm not the market maker, so I don't know what will happen on Tuesday?

I will say this... if the market really does want to go up to the 1120 or 1140 area first, it needs to gap up on Tuesday to get above the current resistance levels that are currently holding it back.  It could very well do that, unless some worst then expect news comes out before Tuesday.

Most of the week doesn't have any really important data or earnings, until Friday's jobs data.  That should be a market mover, but which way... up or down?  If I am to think like most retail traders right now, I'd suspect that most people will think that the data will be bad and cause more selling.

But, we all know by now that the government always lies on the data anyway.  So, a better then expected number could rally the market instead of causing it to sell off.  I suspect that the market will be going down into the Friday data, and will turn back up and rally on the news... which would trap a lot of bears, should the market be dumping hard into that date.

This is all just guessing of course, but again... just think what is it that most people are expecting next week?  Most are looking for a positive, bullish week.  A gap down on Tuesday, and continued selling into the end of the week, would put a bearish taste in everyone's month.  The bulls would become bears, and they would all be expecting an even bigger sell off on the jobs data.

Of course the opposite is also true, if we rally into Friday.  At that point, I'd expect bad numbers and the market to sell off, after reaching the forecasted 1140 or 1120 area that everyone is now expecting.  But again... how often does the market do what everyone expects?  Just food for thought... for all you bullish folks out there.

P.S. Here's a interesting audio from Larry Pesavento.  Just click on his name to go to the website, or listen to just the audio right below. 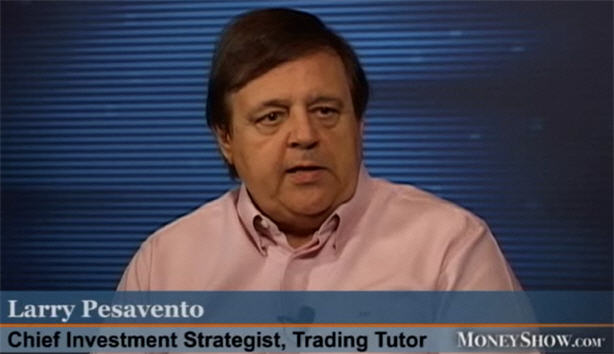