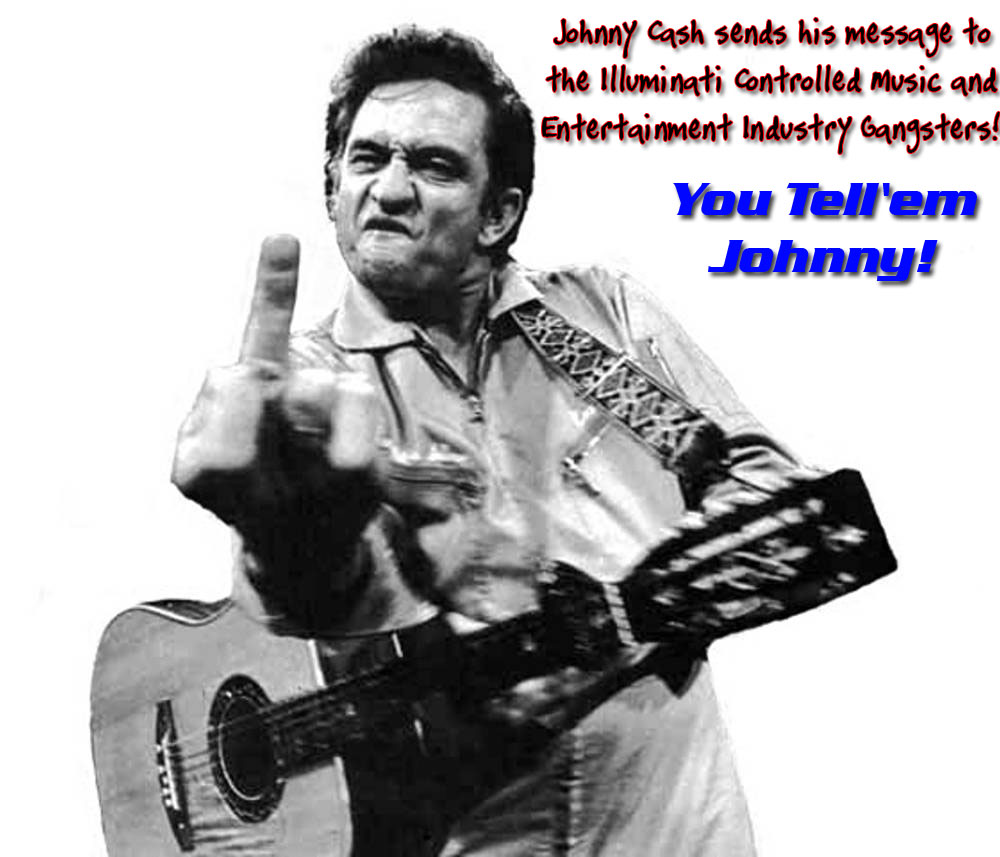 One More High And Then A Serious SellOff!

The selling pressure has about dried up I believe, as the about of traders bearish has reached extreme levels.  This tells me that a bear squeeze is coming soon, as you know the gangsters won't let those bears on the train when it leaves the station for good.

But before that happens, I do see a little more selling coming.  The rally over the last 3 days was on light volume and is into a serious resistance zone right now.  While I do see a bull flag on the 60 minute chart that should play out when the market opens on Tuesday, it will likely be an exhaustion move higher before a fall back down one more time.  That 1340 spx area should hold the bulls back on this first attempt and allow the bears to push it back down toward the 1311 double bottom area.

Considering that the market is in a downward channel I favor the "lower low" scenario happening.  The lower trendline of the channel should be around the 1300 spx area on Tuesday and that is my target for the low.  It also is a "higher low" from the previous 1294 low on April 18th... which would still allow the bulls to make a final run up for my FP of 138.86 spy (about 1388 spx) that I see believe will be hit before this market really tanks for good.

While I expect this week to end up with a positive close, the FP (fake print) isn't likely to be hit until the next week, or even the week of option expiration.  It's common for the gangsters to put in a low 2-3 weeks before OPX, and then squeeze all the bears into that 3rd Friday... making all those "puts" they purchased expire worthless.  Time and time again, I've seen them steal money from the retail traders this way.  The game never changes, nor does the means... only the price points and day to day movement does.  They have too do that... so you won't catch on to them.

June 1st is the day that the "White Dragon Foundation" is officially scheduled to start operations (according to the latest from Benjamin Fulford), and could be a day that the evil cabal stage another 9/11 type event (or 3/11 event... saving the 9/11 event for this October, as I fully expect the largest stock market crash in history to happen later this year).  Of course they would do this because the WDF is being formed on that day (the White Dragon Society was formally the Black Dragon Society, but I guess they changed their name to look more positive?  Afterall, the Lone Ranger was white and the bad guys usually dress in black... except Johnny Cash of course, as I believe he was a "good guy" who commonly liked to give the Illuminati the bird!  LOL). 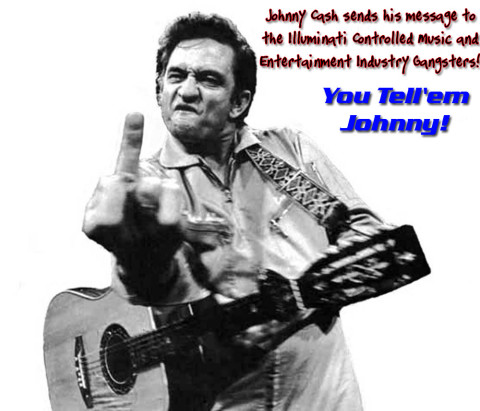 Personally, I don't think it will happen on June the 1st as even though the members in the WDF would know that the "staged event" was a message from the evil cabal (George H. Bush, George W. Bush, Henry Kissinger, Dick Cheney, Bill Clinton, Hillary Clinton, George Soro's, Warren Buffet, David Rockefeller, Jay Rockefeller, etc..., including their slave puppets like Tim Giethner, Ben Bernanke, Nancy Peloski, and to some degree Obama... even though he's trying to leave the gangster gang), I don't think the mass public would understand the importance of the date... therefore it's unlikely to happen.

Why you ask?  Because the Illuminati gangsters like to do bad things to the public on ritual dates... and I don't see anything ritual about June the 1st.  That leads us to the next date... June 6th.  Why that date?  It's not likely too happen either, as I'm no the only person that has failed to understand the meaning of the Simpson episode with the nuclear bomb going off, and the interpretation of the clock.  However, it's still possible that the hand on the clock pointing to the eleven and the hand between the 5 and 6, indicate "5 minutes until 6 o'clock. 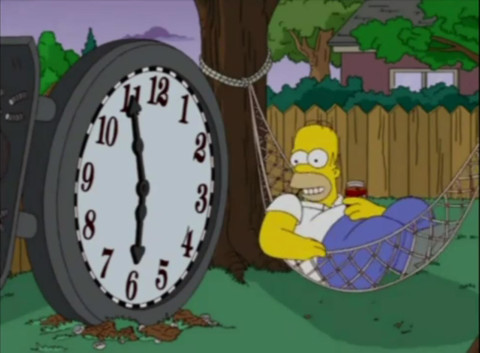 This can further indicate May (the 5th month) the 6th, (already passed now, therefore incorrect), or June (the 6th month) the 5th (referring to "5 minutes until 6 o'clock)... which is coming up this week.  It also could still be November (the 11th month) the 6th, which came last year with nothing happening, but also comes again this year.  Again, I personally think that is all wrong too.  (Note:  what I discovered while doing the video is that June 11th could also be the date of another false flag).

Finally we have June the 11th, the day I expect something to happen...

Why you say?  The 11th is a key number (and date) for the Illuminati, which is why they staged 9/11 on the eleventh of the month (and also because the emergency help number is 911).  Of course most recently, they attacked Japan with the HAARP weapon (they being the gangster gang I listed above) on March the 11th.  This date also has a lot of importance on the Astrology/Moon/Spiral Calendar (according to the most recent Spiral Date Chart of the month of June).

So, that leads me to believe that the next likely date for the gangsters to stage another false flag event is this June 11th, 2011 (notice the additional "11" in the year too... yeah, this year is very important to the evil thugs that rule this planet.  Too bad their time of enslavement of the public is coming to an end next year... LOL).  While I know that the 11th is on a weekend, and before option expiration, I wouldn't count on this opx being the usual bullish bear squeeze, making all the "puts" expire worthless.  In fact, I'll be willing to go out on a limb and state that "if" we hit the 138.86 spy FP by Friday the 10th, then I fully expect a very bloody week starting on Monday, June 13th! 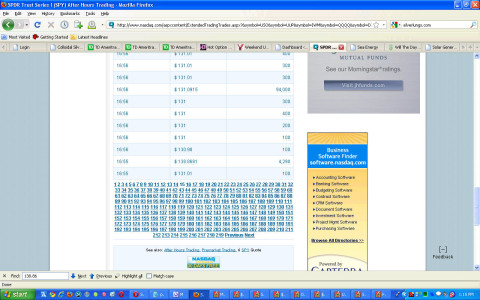 I'll be looking for massive "put" buying to show up in the "open interest" as the "Insiders" get short ahead of the coming stock market crash.  While this one is likely to be quite large, the one coming this October should dwarf it in size.  I fully expect the March 2009 low to be taken out before the end of 2012, as these gangsters causes all kinds of disasters (in the environment with their HAARP weapon, and in the stock market) too happen before they are finally removed from power... freeing all of humanity from the 8,000+ years of enslavement we've had!

On to the short term forecast...

I'm looking for the bull flag to play out Tuesday morning, taking us to the 1340 spx area.  Then I expect the resistance to hold and the market to rollover the rest of the day.  I'm not sure how low we go, but the 1300 area is my target.  I believe the guys at Mr. TopStep were looking for 1296 on the ES, which is close to the 1300 SPX level.  After that low is put in, I'm expecting a rally over the rest of the week and into the next week, taking us to the 138.86 spy FP level.  I'm not sure if that's the final top, but it most certainly will be a target level that should be hit.

I'll be looking for a short position on Tuesday, and then I'll likely go long into June 11th.  If the charts line up, and the FP is hit, then you're know what I'm doing next!  This is all speculation of course, but that's what this blog is about... guessing!  Don't fall in the trap of thinking that this market is going up forever and that this new high coming is the start of a new bull trend... it ain't happening!  This is only one last attempt by the gangster thieves to get all the bears off the train before it leaves for "Dark Territory".

Rest assured, we are entering the beginnings of the first wave down of Primary Wave 3 (P3).  While it's not here yet, it will be soon.  This will be a taste of what is coming this Fall.  While this Major Wave 1 down (inside of P3) should be very delicious to the bears, a feast awakes us when Major Wave 3 down (inside of P3 down) starts... which should resemble the 2008 crash, only worst!

If you are wondering why I keep stating "this October" (specifically, the week of October 23rd), it's not because that month is usually bearish, but simply because of the fact that the next Legatus meeting ends on the 23rd of this October.  The last meeting ended this past May the 2nd... since then the market has dropped from 1370 spx to 1311 spx, and still hasn't bottomed yet.  This group (made up of the evil Illuminati gangsters) controls policies and determines the direction of the stock market.  The next turn date is October 23rd... and it will be the worst in history I believe.

As always... good luck to both bulls and bears!

How to run your car or truck on water... http://www.project.nsearch.com/forum/topics/how-to-run-your-car-or-truck