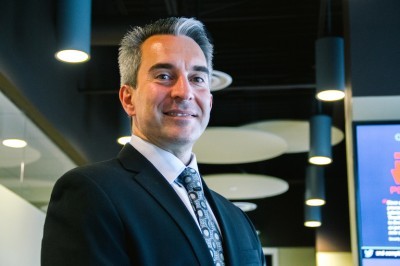 Tenable Network Security, a Columbia-based cybersecurity firm co-founded by Ron Gula (pictured), raised $250 million in venture capital last year. (Tim Teeling/Courtesy of Tenable Network Security)
Washington-area businesses raised more venture capital in the fourth quarter than they had in any quarter since 2001 — largely due to a few large deals.

The surge is not likely to be repeated soon given the recent stock market turmoil. Indeed, venture funding nationally declined during the period.

In all, though, 29 area companies received $556.22 million in venture capital last quarter, a 53 percent increase from a year earlier, according to a report released Friday by PricewaterhouseCoopers and the National Venture Capital Association, with data by Thomson Reuters.

“The average deal size was up, and it was up significantly,” said Brad Phillips, a director at PwC.

The flow of deals is likely to slow this year. Nationally, U.S. companies raised $11.34 billion in venture capital during the fourth quarter, a 28 percent decrease from the year before, as a wobbly stock market gave investors pause.

During the fourth quarter, “it appears the volatility in the financial markets affected [venture capital] funding,” Phillips said. “Equity market declines were broad-based.”

Tenable Network Security, a Columbia, Md.-based cybersecurity firm, led the way with a nearly $250 million investment from Accel Partners and Insight Venture Partners. It was the region’s second-largest deal in the report’s 20-year history. (The largest was for XM Satellite Radio Holdings in 1999 for $250 million, $100 more than the Tenable deal.)

“It’s a record-setting deal,” said Ron Gula, chief executive of Tenable. “Not only is this good for our company, it’s generally a really, really good message for the industry and our approach to doing cybersecurity.”

Tenable has plans to open six international offices this year, including in Ireland and the United Arab Emirates, Gula said. The company hired roughly 200 new employees last year, and plans to add even more workers in 2016.

“An investment of this size allows us to accelerate even faster,” he said.

Throughout the region, software and biotechnology companies continued to receive the largest share of venture capital, or about 84 percent of total dollars awarded during the fourth quarter.

“It’s a pretty good quarter when the two traditionally strong industries went up and we still saw other industries land funding as well,” Phillips said.

Businesses in Maryland received 81.3 percent of fourth-quarter funding in the Washington area, which the report defines as Maryland, Virginia, West Virginia and the District. 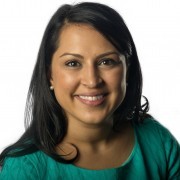 Abha Bhattarai is a business reporter for The Washington Post. She has previously written for The New York Times, The Wall Street Journal, Reuters and the St. Petersburg Times.