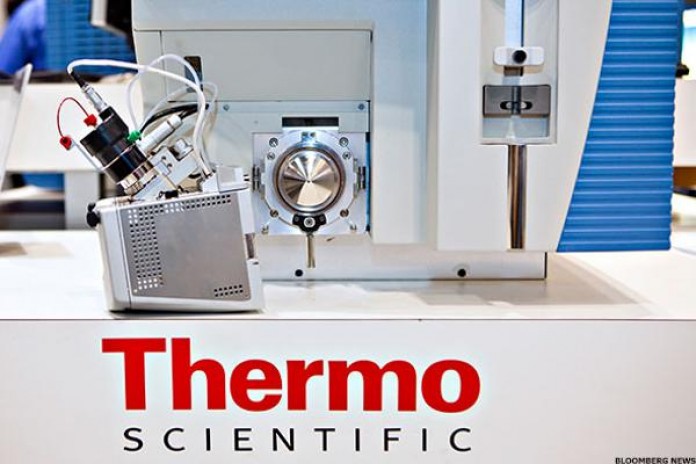 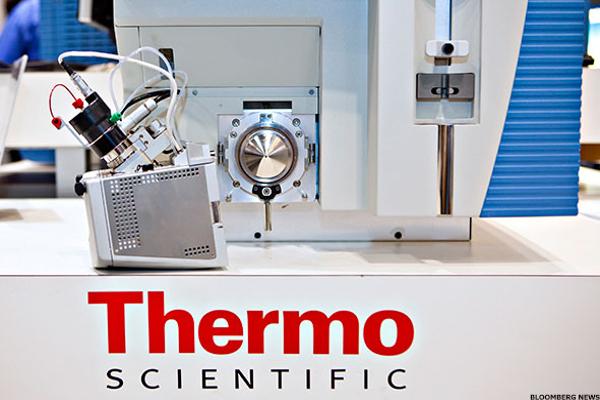 Thermo Fisher Scientific  (TMO - Get Report) is buying Affymetrix  (AFFX - Get Report) for $1.3 billion, and, despite paying a steep 20 times Ebitda for the business, the medical device maker still appears to be financially nimble to make more acquisitions, according to analysts.

"The nice part about this deal is that it gives them the flexibility with capital allocation to do more deals," said Matthew Mishan of KeyBanc Captial Markets in a phone interview. "In diagnostics, specifically, specialty diagnostics, they haven't done a deal. That's a higher-margin, higher-growth business they could look to expand."

Thermo announced Friday it had agreed to pay $1.3 billion, or $14 per share, for Santa Clara, Calif.-based Affymetrix, which provides genetic analysis of biological systems that help drug developers identify and understand disease mechanisms. The deal is Thermo's largest since it acquired Life Technologies Corp. for about $13.6 billion on Feb. 3, 2014.

Jack Mohr, co-portfolio manager for Jim Cramer's charitable portfolio, Action Alerts PLUS, said the acquisition is a good strategic fit for the company and "is well aligned with our view that TMO is constantly -- yet selectively -- identifying ways to create value for shareholders."

In addition, the size of the transaction "is in line with our views on the company’s M&A strategy, which we see as Thermo Fisher’s best use of capital. From management’s recent commentary, it has been clear that the company expects to maintain a disciplined capital deployment strategy with tuck-in M&A as the preferred use of cash, followed by share repurchase," according to Mohr.

Even after the $1.3 billion acquisition, "we believe TMO -- as a direct result of its robust free- cash-flow generation and high operating margins -- can deploy an incremental $2.5 billion of capital through dividends, buybacks and/or further accretive tuck-in acquisitions this year. This would still allow Thermo to end the year with a net debt to Ebitda (i.e., leverage) ratio within its targeted range of 2.5 times to 3 times."

You see Jim Cramer on TV. Now, see where he invests his money and why. Learn more now.

Thermo will integrate Affymetrix into its Life Sciences Solutions business, which provides services to the pharma and biotech industry. Affymetrix's technology is used in a variety of clinical and applied markets, including reproductive health and agricultural biotechnology.

"Overall, we are inclined to view the deal as a prelude as TMO possibly re-enters an era of re-accelerated capital deployment, now that debt post the Life transaction has been reduced," wrote Stifel Financial analyst Miroslava Minkova in a note Monday.