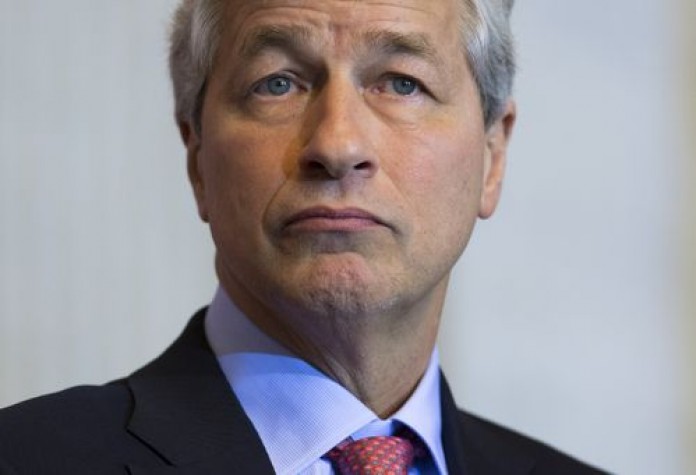 NEW YORK --Even as Wall Street braces for more cuts to jobs and bonuses, JPMorgan Chase CEO Jamie Dimon was paid $27 million in 2015, up from $20 million the year before, the company said Thursday.

JPMorgan's board paid Dimon a $1.5 million salary, a $5 million cash bonus and $20.5 million in performance-based stock grants, the company said in a regulatory filing.

Last year, Dimon was paid a $7.4 million cash bonus and $11.1 million in stock awards. His $1.5 million salary has remained unchanged.

This year's stock grants are tied to new, three-year performance metrics. This could could help alleviate criticisms, which bubbled up last year, that Dimon's pay is not properly tied to performance.

JPMorgan "is now one of the few, if not the only, large financial institution that does not tie any element of CEO pay to achievement of goals for a specific metric or metrics," proxy advisory firm ISS said last year ahead of a controversial shareholder vote on the bank's pay.

Banks emerged from a tough 2015 only to face worsening conditions this year, including rising costs tied to souring energy loans.

As a result, bank CEOs are expected to take the ax to personnel costs — their single largest expense — as they scout for new ways to boost profits.

Morgan Stanley and Bank of America have already said they are planing to slash expenses this year through either layoffs or by moving jobs to cheaper cities.

What a total criminal Jaime dimon is... the guy should be arrested for fraud.  He's stole more money from the public then Bernie Madoff ever will!