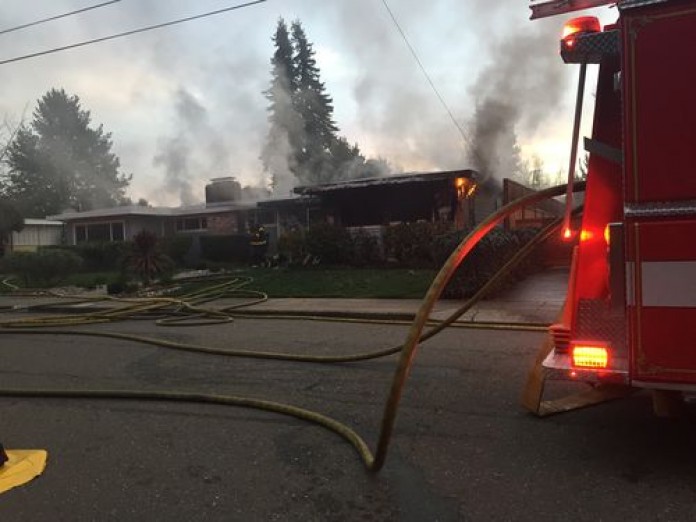 A home in Santa Rosa, Calif. home that was destroyed by a fair on Jan. 19 caused by a hoverboard, according to the Santa Rosa fire department.(Photo: Santa Rose Fire Department)

SAN FRANCISCO - Amazon is now offering full refunds for customers who bought hoverboards, the popular electric self-balancing riding devices which have been implicated in multiple fires and explosions.

The Consumer Product Safety Commission so far has investigated 40 such incidents.

The most recent occurred Tuesday in Santa Rosa, Calif., where a girl who got a hoverboard for the holidays had left it plugged in in her bedroom.

From the burn patterns, “investigators were able to pinpoint the location where the fire began,” said Paul Lowenthal, Santa Rose assistant fire marshal.

The family was away for the evening but their two dogs, a Labradoodle and a Boston terrier, were killed by the smoke. Firefighters tried but weren’t able to resuscitate the animals, Lowenthal said. The fire also caused close to $250,000 damage to their home.

The flammability of the lithium-ion batteries used to power the popular devices is a serious concern to the Consumer Product Safety Commission, which is currently investigating them.

On Wednesday, chairman Elliot Kaye said he was "pleased" that Amazon will now allow customers to return hoverboards for a full refund.

"I want to commend Amazon for voluntarily stepping up, providing a free remedy and putting customer safety first. I encourage consumers to take advantage of Amazon’s offer.

He called on other retailers and manufacturers to take action and offer refunds as well.

"I also expect responsible large-volume online sellers in particular to stop selling these products until we have more certainty regarding their safety," he said in a statement on the commission's web site.

The commission is currently investigating 13 hoverboard manufacturers, importers or distributors. They are: