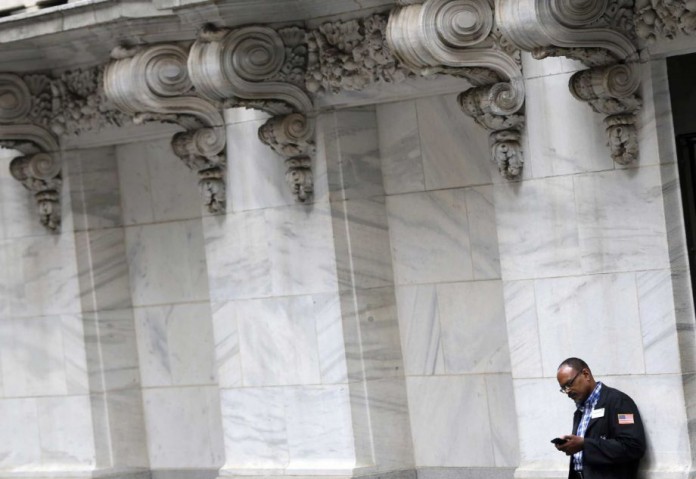 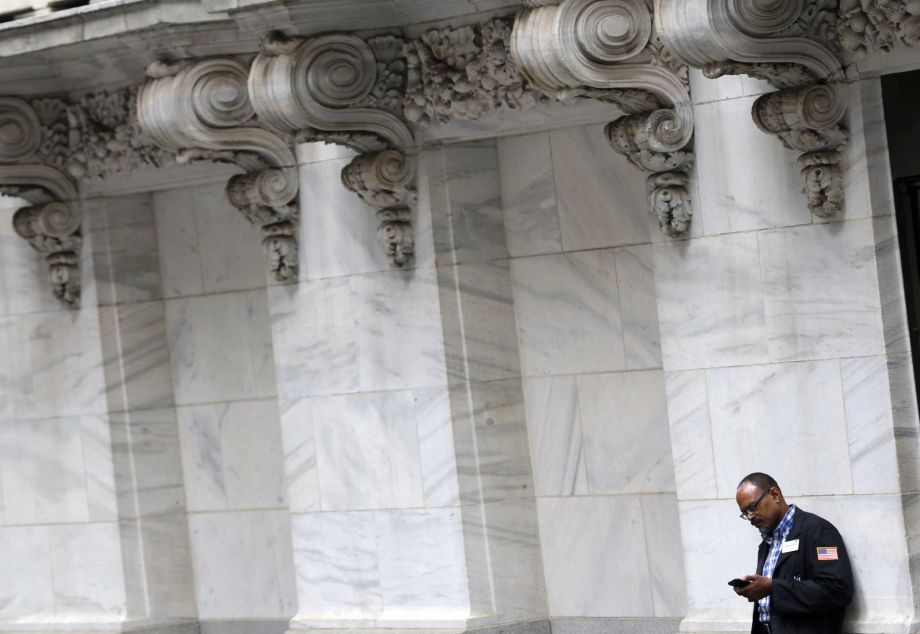 FILE - In this Monday, Aug. 24, 2015, file photo, a trader looks at his phone outside the New York Stock Exchange, as world stock markets plunged after China's main index sank to its biggest drop since the early days of the global financial crisis. The slide on Wall Street could damage public-employee pension funds around the country that have yet to recover from the Great Recession. Since the start of 2016, stocks have been down by about 8 percent.

FILE - In this Monday, Aug. 24, 2015, file photo, a trader looks at his phone outside the New York Stock Exchange, as world stock markets plunged after China's main index sank to its biggest drop since the ... more

The slide on Wall Street could damage public employee pension funds around the country, most of which haven't even recovered from the Great Recession, and the burden could end up falling on taxpayers.

Stocks have been tumbling in the first weeks of 2016, with the Dow Jones industrial average and the S&P 500 down nearly 9 percent since the start of the year.

If there's a quick rebound, the slump won't make much difference. If the tumble continues, it could be bad news for pensions. Somewhere down the line, states may have to either cut benefits — which can be legally or politically difficult — or pump more tax dollars into their pension funds to make sure retirees get what they were promised.

Pension funds for government employees in many places are already struggling to bring in enough money to cover future payouts. Data compiled by the Pew Charitable Trusts found that only four states — Oklahoma, Rhode Island, South Dakota and Wisconsin — had amassed funding for a bigger portion of their pension liabilities in 2013 than in 2007, a year before stocks fell dramatically.

The average state-run plan went from being 86 percent funded before the Great Recession to 72 percent in 2013, the last year for which data was available. Despite strong returns on Wall Street from 2009 through mid-2015, most states saw funding declines for a variety of reasons, including higher payouts because of longer lifespans and generous benefits that were promised during flush times.

States such as California, Illinois, Kentucky and New Jersey didn't come close to making the taxpayer contributions they are required to make to their pension funds.

Pension fund officials in states as varied as California and West Virginia said they are not worried about short-term market fluctuations because they are diversified, long-term investors.

"For the most part, we are in it for the long haul," said Christine Radogno, the Republican state Senate leader in Illinois, which faces the nation's largest unfunded pension liability, at more than $100 billion, and is in a tough spot because the courts have ruled that employees' benefits can't be cut. "We look at 30-year returns, and the market is always up and down."

Keith Brainard, research director at the National Association of State Budget Administrators, noted that market drops can be a good opportunity to buy low on stocks that will rise in value before long. "These funds measure themselves in terms of their performance over decades rather than months, days and years," he said.

But some people who track government finance say even short-term returns are important.

"They can say they're long-term investors, but they have fixed payments that they must meet come hell or high water," said Don Boyd, director of fiscal studies at the Rockefeller Institute of Government, part of the State University of New York. "Illinois is very different than, say, a rich family creating a trust fund for a wayward son." While the family could reduce the son's payout when returns are low, there's little wiggle room for states to shrink payments to growing numbers of retirees, he said.

Boyd issued a report this week that found that from July through September of 2015, stock market losses led to a $268 billion increase in pension fund debt across the country, bringing the total to $1.7 trillion. He said he believes a strong end of the year on the stock market canceled out those losses, but the past few weeks erased the gains and then some.

Until the 1970s, pension funds were made up almost entirely of relatively safe investments such as bonds. Since then, it's become tougher to make big returns with bonds, so investment managers have turned to stocks, hedge funds, real estate and other holdings with the potential for larger gains but big losses, too.

CalPERS, the California public employee retirement fund that ranks as the nation's largest, now has more than half its funds in publicly traded stocks and nearly 10 percent in private equity. In New Jersey, U.S. stocks are 30 percent of the portfolio, the single largest type of investment.

Follow Geoff Mulvihill at twitter.com/geoffmulvihill. His work can be found at http://bigstory.ap.org/content/geoff-mulvihill