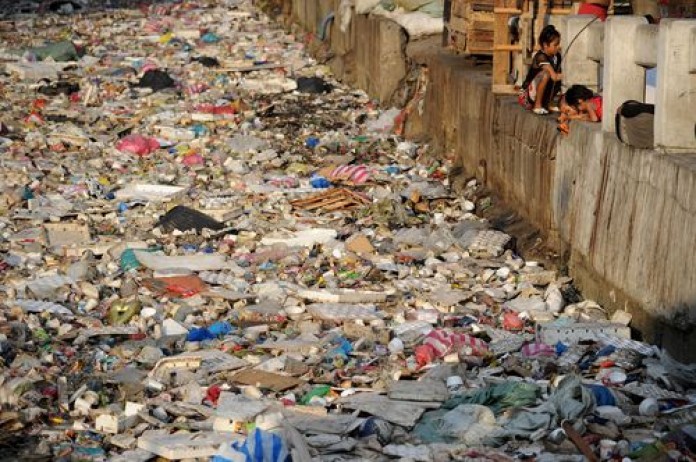 (NEWSER) – Use of plastic has increased 20-fold in the past half-century; production of the ubiquitous material is expected to double again in the next 20 years (and nearly quadruple over the next 50). And, CNN Money reports, nearly a third of all plastic packaging "escapes collection systems."

As for where the rest goes, more than 8 million tons of plastics end up entering our oceans each year, where the pieces can survive for hundreds of years. There are believed to be 165 million tons of it in the ocean right now. We're dumping the equivalent of one garbage truck's worth into the ocean per minute; that's projected to jump to four per minute by 2050, according to a report released Tuesday by the World Economic Forum and Ellen MacArthur Foundation. And that report has an ominous warning: We're on track to have more plastic than fish, by weight, in the world's oceans by 2050. (Right now, the ratio is about 1:5, plastics to fish.)

And the discarded plastic that doesn't end up in the ocean is likely be put in a landfill; those two resting places end up holding about 70% of our plastic, the Washington Post reports. Just 5% of plastics are effectively recycled, according to the Guardian. It's not just a problem of pollution.

"After a short first-use cycle, 95% of plastic packaging material value, or $80 to $120 billion annually, is lost to the economy," the report says.

The solution? A "new plastics economy," per the report, that includes more recycling, reusable packaging, and compostable plastic packaging. "After-use plastics could, with circular economythinking, be turned into valuable feedstock,” Martin R. Stuchtey, who helped produce the report, tells the Guardian. (This tiny animal may solve a big pollution problem.)
[ad_2]