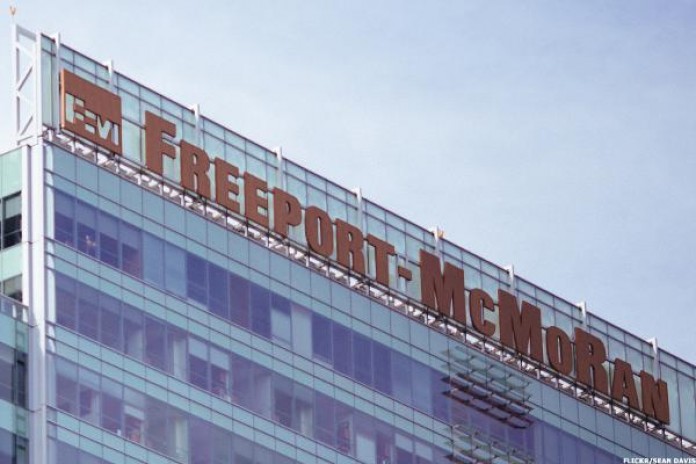 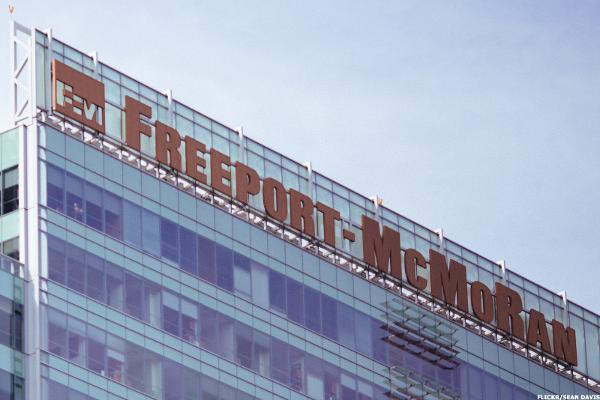 NEW YORK (TheStreet) -- Freeport-McMoRan (FCX - Get Report) stock is soaring by 16.79% to $4.91 in afternoon trading on Wednesday after pledging to reduce a debt load that exceeded $20 billion in the third quarter.

Along with its 2015 fourth quarter earnings release yesterday, the natural resource company announced that it is targeting $5 billion to $10 billion in divestitures, Jefferies wrote in a note. Although the company would ideally sell assets that aren't highly cash generative, selling stakes in mines such as Cerro Verde, Morenci, El Abra and Tenke is more likely.

"This is the right move, based on our analysis, and could lead to significant upside to the FCX share price. The sooner, the better," the firm continued.

Freeport McMoRan's 2016 performance will be largely determined by copper and oil prices and "how the company shapes itself from a strategic standpoint, Jeremy Sussman, an analyst for Clarksons Platou Securities, noted, the New York Times reported.

Copper prices are up this afternoon after China imported a record amount of the metal last year, and oil prices are rising on data indicating an increase in weekly demand for heating products.

Real Money's Carleton English commented on Freeport-McMoRan in a recent post on RealMoney.com. Here is a snippet of what English had to say about the stock:

The tempered projections are in line with many of the cost-cutting measures the company announced in 2015, which included suspending its dividend, curtailing copper and molybdenum production, and cutting its oil and gas spending. Freeport also received approximately $2 billion from an at-the-market offering out of necessity, which involved nearly 210 million shares being issued as the company's stock was plunging.

At the start of the call, Adkerson acknowledged that management reviewed several scenarios in forming its capital plans and that it happens to be experiencing the worst of those scenarios now.

Want more information like this BEFORE your stock moves? Learn more about RealMoney.com now.

Separately, TheStreet Ratings team rates the stock as a "sell" with a ratings score of D.

Freeport-McMoRan's weaknesses can be seen in multiple areas, such as its deteriorating net income, generally high debt management risk, disappointing return on equity, weak operating cash flow and generally disappointing historical performance in the stock itself.

You can view the full analysis from the report here: FCX 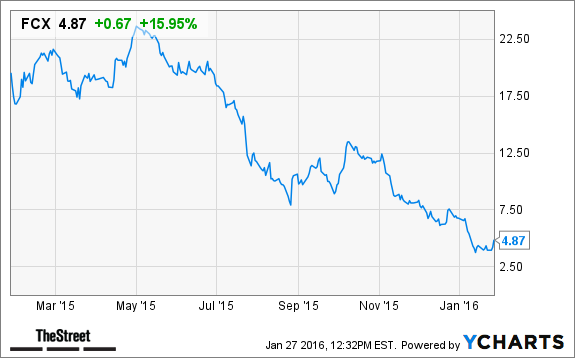