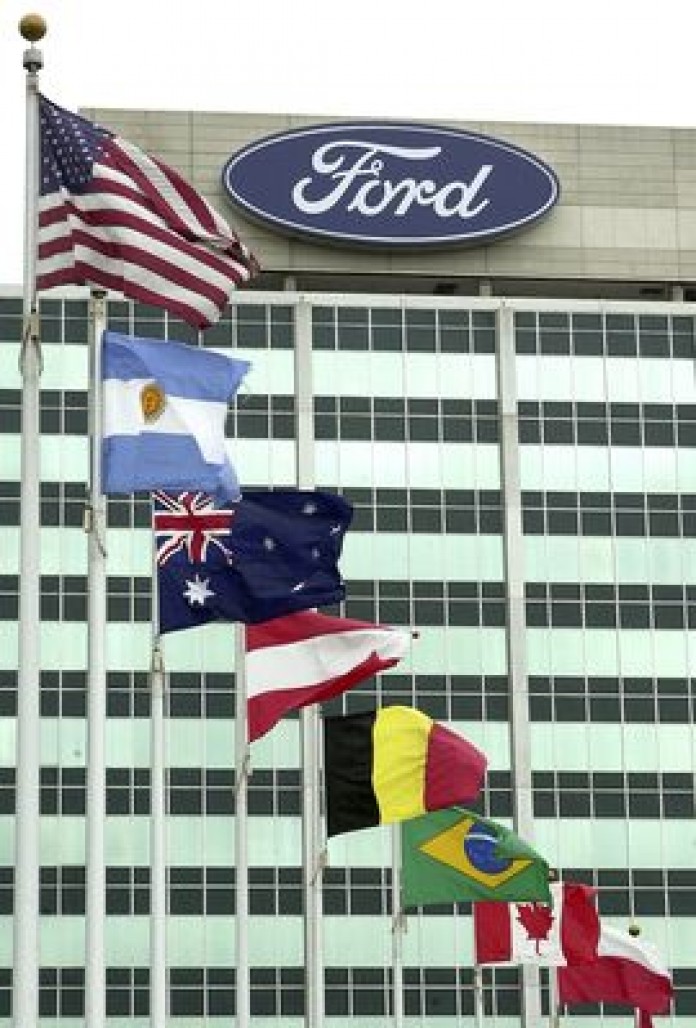 Pretax profit in the final three months was $2.6 billion, contributing to $10.8 billion for the year. The company made money in every region except South America, with new records in North America and Asia Pacific. Europe is back in the black for the first time since 2011.

The results were not surprising as CEO Mark Fields announced earlier this month that an accounting change that reduces pensions costs would result in higher earnings than expected, which would trigger larger profit-sharing checks.

The key figure for autoworkers is the $9.3 billion pretax profit earned in North America because the profit-sharing formula, negotiated with the UAW, awards $1 for each $1 million in North American profit. That makes it $9,300 for eligible employees, before taxes, compared with checks up to $6,900 earned in 2014. The previous record amount was $8,800 based on 2013 results.

Upon ratification of the new UAW contract in the fall, Ford gave workers a $1,500 prepayment. They will get the remaining $7,800 in mid-March.

The figure is more than double the $4,000 in profit sharing that workers at Fiat Chrysler Automobiles will receive Feb. 19.

The results beat Wall Street estimates for the quarter as well as the full year.

But even though Ford is fresh off its best sales year since 2000 and is working to reinvent itself as a technology company as well as an automaker, its stock has fallen about 20% over the last year and is down roughly that amount so far in 2016.

Earlier this month Morgan Stanley analyst Adam Jonas told a Detroit audience that he advises investors to sell when it comes to Ford and said there is little love for the automaker on Wall Street because there is not a positive future for traditional car companies in today's world where ride-sharing and autonomous driving will play key roles.

Earlier this year Ford said it would pay shareholders a first-quarter dividend of 15 cents per share and provide an additional 25 cents per share to stakeholders of record on Jan. 29 as part of a $1-billion supplemental cash dividend.

The record pretax profit came with strong stales of profitable pickups and utility vehicles in a year marked by a stronger economy and low gas prices. Ford expects 2016 to be as strong or better.

North America is still the profit driver and did not let up in the fourth quarter with earnings of $2 billion contributing to the year's $9.3 billion total and a profit margin of 10.2%.

Asia Pacific earned $444 million in the final quarter and a record $765 million for the full year.

Middle East and Africa earned $13 million in the quarter and $31 million for the year.