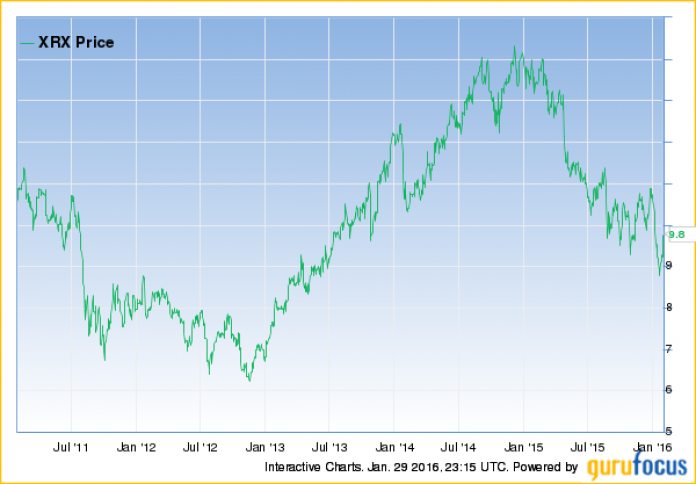 Carl Icahn ( Trades , Portfolio ) increased his shareholding of Xerox ( XRX ) in January, a filing revealed Friday as the company announced increased partnership with him and major changes in line with his vision for the company.
Icahn's funds purchased an additional 5,740,871 during the period from Jan. 4 to Jan. 8, at an average price of $10.05 per share. According to the filing, the purchases brought his total stake in the company to 92,377,043 shares, or 9.12% of its shares outstanding, and a boost of 12.2% from his last disclosure in December.
Xerox's stock price jumped 5.63% in trading Friday on the announcement that it would break into two separate, publicly traded companies and gives Icahn three board seats. The Xerox split will create a documentary technology company with roughly $11 billion in revenue, and a business process outsourcing company focused on services with approximately $7 billion in revenue. 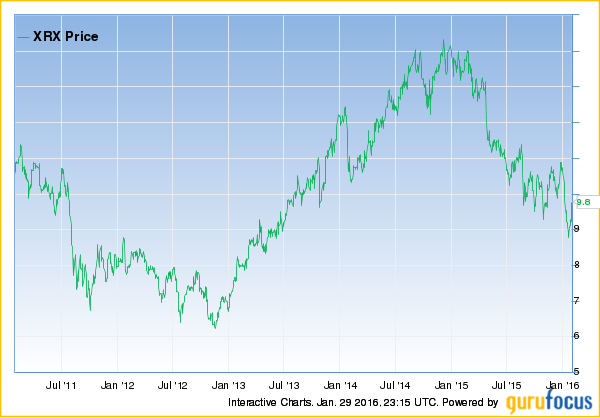 "These two companies will be well positioned to lead in their respective rapidly evolving markets and capitalize on the opportunities that now exist to expand margins and increase market share," Xerox CEO Ursula Burns said.

Icahn's three selected board members will join a nine-member board of directors for the BPO company. The current board will begin searching for an external candidate for CEO of the BPO company and also allow Icahn to choose a representative to be involved in the search process, Xerox said.

"Happy to announce we reached an agreement with $XRX re: separation into two independent public companies," Icahn said on Twitter Friday. "We believe the separation will greatly enhance value for $XRX shareholders. I applaud and respect Ursula Burns for doing what she believes shareholders want - as @Donahoe_John did with $Ebay and $PYPL. I hope and believe the results will be just as good for XRX shareholders."

Icahn's tweets referred to the division of Paypal ( PYPL ) from eBay ( EBAY ) that he prompted last year and which became complete in July. Since they began trading separately on July 20, eBay's shares have fallen 18.3% and Paypal Holdings shares have declined 6.7%.

Icahn took up an interest in Xerox in November with a stake of 72,218,801 shares and said in a related securities filing that he planned to have discussions with its board regarding "improving operational performance and pursuing strategic alternatives, as well as the possibility of board representation." Burns said on Bloomberg Friday morning that Icahn did not have a role in the actual decision to break up Xerox.

"What's been reported is that this was driven by Mr. Icahn," Burns said. "Interestingly enough, it was not. The board did its analysis and came to its conclusion without speaking to Mr. Icahn at all. Fortunately, when we did speak to him - as you know he is a large holder of our shares - he agreed with the outcome that we reached."

See more Carl Icahn (Trades, Portfolio) stocks at his portfolio here. Not a Premium Member of GuruFocus?Try it free for 7 days.