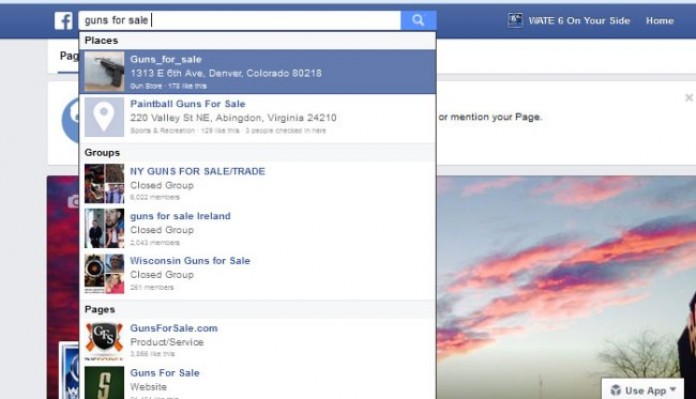 GREENEVILLE, S.C. (WSPA) – Facebook has made a new policy cracking down on gun sales and it isn’t sitting well with some gun owners.

The social media site wants to stop private sellers from doing business through their accounts. The policy would keep private gun sellers from Facebook and Instagram.

They are banning advertising and selling from unlicensed people to buyers without the right paperwork. They made the announcement Friday.

Facebook has become a big source for gun owners, but several gun store sellers were not convinced the new policy will change much. One Facebook page creator, where guns are sold and traded, says he wouldn’t be happy to see his site go.

“If they want to choose what the rules will be, we have to abide by it,” said Devon Kelly, the creator of a gun trade and buyer Facebook page. “Most, you can definitely see the fear and kind of the anger coming out from them being restricted on being able to buy and sell what they choose and what they please.”

Devon says he’s already seen heated posts from gun owners opposing the new policy. And he says even if his site is taken down, people will find other sites to buy and sell guns.

“its not negative. It can be a stress reliever for some,” Kelly said.” People knowing how to use their firearms is key.”

Licensed gun retailers can still promote their business on Facebook, but they still don’t want them to accept orders or make the sale on their site.

In 2014, Facebook made restrictions on gun sales blocking posts that reached minors.