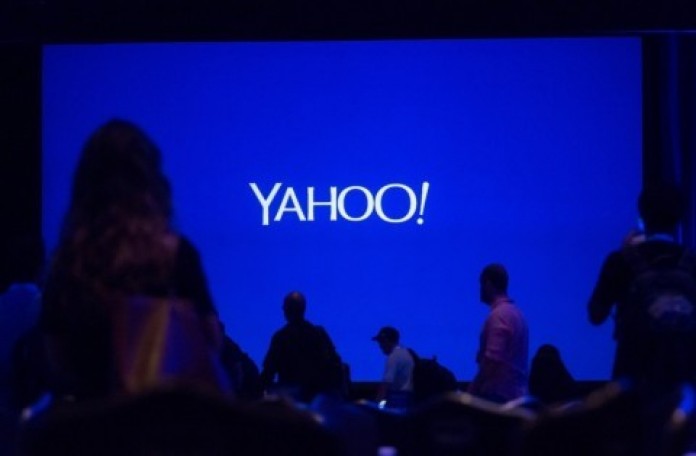 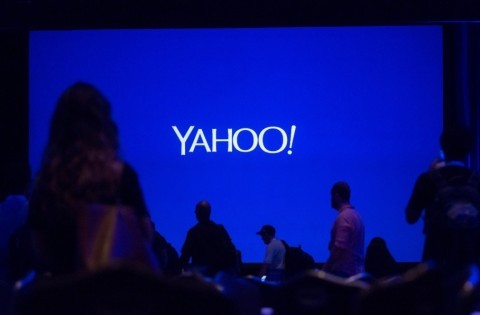 Yahoo unveiled an ambitious turnaround plan Tuesday — but that may not keep it off the auction block.

Chief executive Marissa Mayer announced that Yahoo will cut 15 percent of its workforce by the end of 2016 -- about 1,600 jobs -- and entertain "strategic proposals" for its future, an indication that the company is open to selling itself to a suitor.

It's been a rocky road for Yahoo and for Mayer, who has been under growing pressure from shareholders to revitalize the company or sell it outright. Mayer said Tuesday that the company's plan streamlines the business while focusing on mobile and video ad products. But it also involves cost-cutting -- beyond the job reductions, Yahoo said that it would close five of its global offices -- in Dubai, Mexico City, Buenos Aires, Madrid and Milan. By next year, its full-time workforce is expected to be roughly 9,000 employees, down 42 percent since 2012.

“Today, we’re announcing a strategic plan that we strongly believe will enable us to accelerate Yahoo’s transformation,” said Mayer.

The company had announced in December that Yahoo would spin out its core business to separate it from its valuable stake in the Chinese firm Alibaba. But that move also makes the core business easier to sell.

"The Board is committed to the turnaround efforts of the management team and supportive of the plan announced today," Maynard Webb, Yahoo's board chairman, said in a statement. "In addition to continuing work on the reverse spin, which we've discussed previously, we will engage on qualified strategic proposals."

The company also reported better-than-expected revenue of more than $1 billion in sales. Most analysts had forecast the company to report revenue of $948.7 million -- Yahoo has not reported less than $1 billion in revenue since 2004. Ahead of its earnings report, shares were down 33 percent from the same time last year. The stock dropped nearly 2 percent in regular trading Tuesday to close at $29.06. It slid about 3 percent in after-hours trading.

Many of the company's activist investors have publicly stated that they've lost faith in Mayer who wanted to spin off Yahoo's stake in Alibaba -- which is likely worth more than $30 billion -- and use the proceeds to turn the company around. Investors worried that much of the money would face a huge tax penalty and pushed the company's board to sell off the core business instead.

The board capitulated to some of those concerns by announcing in December that it would indeed spin-off its core Internet business. But it has not been forthcoming about whether it is definitely putting the firm up for sale. Several analysts said the announcement that the firm is considering strategic options is a strong indication that it will, in fact, sell the heart of its business, which investors have said has very little value on its own.

Companies such as Verizon have been open about their interest in looking at Yahoo as a potential acquisition.

Mayer, who joined Yahoo in 2012, has faced intensifying criticism over the past year. Many have questioned the way she's handled the 2o year-old company -- particularly her penchant for high-profile acquisitions of startups such as Tumblr, which haven't paid off for the firm.

And some remained skeptical of Yahoo's latest announcement.

“It is clear that our voice on behalf of shareholders has been heard, but we believe the strategic plan does not fully address the core issues which have destroyed shareholder value - poor capital allocation, bad strategic partnerships, out of control spending and a bloated workforce," said Springowl, an investment firm that has been critical of Yahoo and Mayer. "We are committed to continuing to push for moves that will fundamentally turn the company around and result in a higher stock price and value creation for all shareholders.”

On the company’s video earnings webcast, Mayer spoke like a woman defending her job. She took a moment to refute rumors about spending at the company, saying that reports of a $7 million holiday party and $400 employee food budget were “exaggerated” and were, in fact, less than a third of what was reported.

“I have found these untruths to be upsetting, and I’m sure our investors do as well,” she said. “We are very thoughtful about how we spend company resources and we will continue to be.”

“Yahoo today is a far stronger, more modern company than the one I joined three and half years ago,” she added, noting that every line of business the firm had was on the decline when she took over.

But she also acknowledged that the firm is not exactly healthy. She said that she will continue to “sunset” — that is, cut — parts of the business that aren’t performing well. She added that the firm will make more products for a global market, rather than offering versions of the same product for individual international markets.

She said that the firm will continue to focus on its three legacy businesses: search, communications (Yahoo Mail) and its Tumblr-centric digital content businesses. That section also includes four publishing verticals, focused on news, sports, finance and lifestyle. 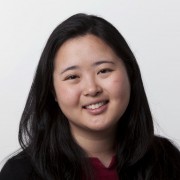