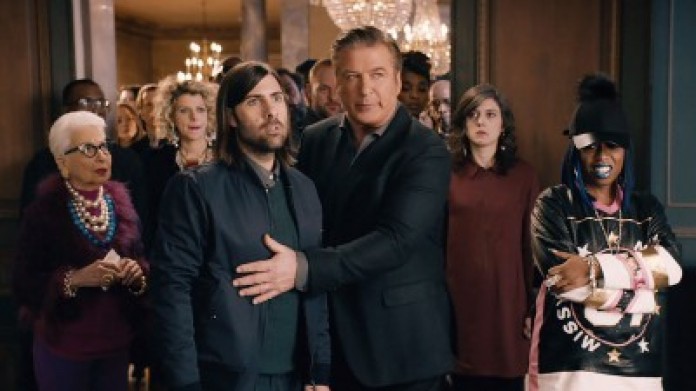 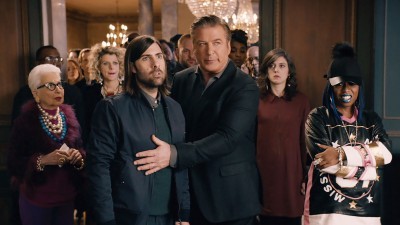 This image provided by Amazon shows a scene from the company’s spot for Super Bowl 50, with Alec Baldwin, center right, and Missy Elliott, right. (Amazon via AP) (Associated Press)

By Associated Press February 7 at 6:37 PM

NEW YORK — The latest developments in Super Bowl commercials before, during and after the Big Game:

Does Quicken Loans remember the financial crisis? The game hasn’t started, but its ad has already ruffled feathers on Twitter.

The ad touts the simplicity of getting Quicken’s “Rocket Mortgage” on a mobile phone — a jarring reminder to some of the housing bubble and subsequent financial crisis. The ad was released early online, and is set to air during the first quarter.

A narrator paints a scenario where a “tidal wave of ownership floods the country with new homeowners, who now must own other things.” Then she asks, “Isn’t that the power of America itself?”

It’s one of those ads where convenience blends seamlessly into unabashed consumerism that struck some viewers as tone-deaf after the housing bubble.

The spot ends with the words “Push Button Get Mortgage” flashing on the screen.

Watch out for celebrities, cute animals and humor. Super Bowl advertisers are turning to a mix of tried-and-true crowd pleasers for the game’s 50th anniversary.

With a 30-second spot costing an estimate $5 million, many advertisers are skipping the crass humor to play it relatively safe.

Many companies also released ads online early in hopes of generating extra buzz. But there are still a few surprises left, with Taco Bell, Chrysler and Coke yet to release their ads.