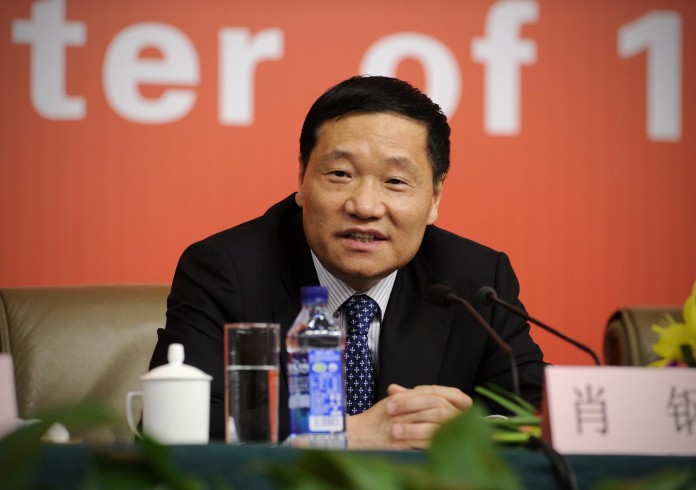 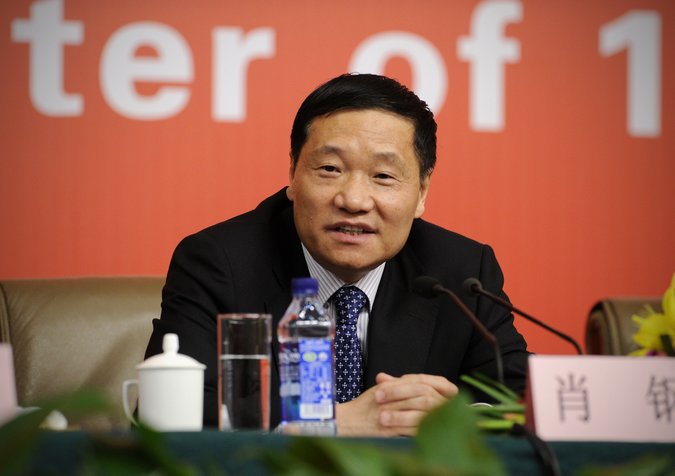 HONG KONG — As China’s economic woes intensified, the nation’s top securities regulator appeared to have the support of the Communist Party leadership, even when his efforts to stabilize the stock markets faltered and in some cases made matters worse. Just weeks ago, he issued a lengthy defense of his record and the securities agency aggressively denied reports he had offered to resign.

But on Saturday, with no warning, Beijing abruptly fired the securities chief, bowing to criticism of the country’s bungled attempts to stem a market rout that started last summer. The dismissal of Xiao Gang, coming in the form of a terse statement from state-run media, represents a rare public reversal for the Communist Party — and a gamble by its leader, Xi Jinping, whose management of the economy has come under growing scrutiny.

Underperforming officials in China often get shuffled to other less-influential jobs or are allowed to resign quietly. Most officials who have been fired of late have been ensnared by the broad crackdown on corruption by Mr. Xi.

Mr. Xi appears to be betting now that in heeding public opinion and replacing Mr. Xiao in such a high-profile fashion he can buy time to limit damage to the party’s reputation from the stock market mess and the broader economic slowdown. But if the problems continue, he risks further undermining faith in his leadership and his government’s ability to navigate a difficult economic transition.

For decades, the party oversaw spectacular growth, buttressing its authoritarian rule and cementing China’s role in the global economic hierarchy. Now growth has fallen to its slowest pace in a quarter-century and the party’s failed attempts to control the markets and the currency are unnerving investors around the world. Mr. Xiao’s dismissal came days before global finance ministers are to meet in Shanghai, expecting answers from China’s leaders on how they will restore global confidence in their ability to competently manage the economy.

Replacing Mr. Xiao is only a first step to cleaning up the mess in the markets. His successor will need to follow up with swift action, to improve the functioning of China’s equity markets and wean them off state intervention, without doing further damage to the economy

“This will be a positive for the stock market, but the key will be the economic policies issued by the government in the next few months,” said Chen Bo, an Beijing-based investor and independent political scholar. Without them, he said, the “short term gains in the stock market in the next couple of months could be followed by another serious slump.”

But Mr. Xiao’s replacement, Liu Shiyu, may not necessarily offer the bold change the markets need. Mr. Liu, the chairman of Agriculture Bank of China chairman, has little experience in equity markets.

The shake-up also does little to solve the underlying problem: a government increasingly under the control of one man, President Xi, who is trying to subdue economic turbulence that has increasingly defied its controls. It is this penchant for control, say investors and analysts, that is driving talent away from the technocratic bureaucracy and rewarding officials who fall in line.

“That’s the problem of a very top-down policy style that’s emerging in China now,” said Victor Shih, a professor at the University of California, San Diego, who studies the confluence of finance and politics in China. “No one dares to challenge whatever preconceived notion the top leadership has.”

China has a wealth of talented financial professionals, many educated at top universities in the United States, who are now entering the prime of their careers. But unlike in the United States, where talented people rotate in and out of government, few of them may be willing to take jobs in the China Securities Regulatory Commission, China’s equivalent of the Securities and Exchange Commission.

The pay is too low and the risks are too high. Mr. Xi’s anticorruption drive in recent months has focused on the financial sector and the securities regulator itself, making it a difficult environment even for officials free of graft, said Mr. Chen, an independent, Beijing-based investor and political scholar.

“The professional makeup of the C.S.R.C. is really not even up close to that of the big brokerages,” Mr. Chen said. “This problem isn’t found only in the equities sector. It’s much more widespread than that.”

Mr. Liu is typical for a top financial official. He spent his career working in government committees and at the central bank.

Fred Hu, the chairman of Primavera Capital Group and the former chairman of Goldman Sachs for China, called Mr. Liu a “highly experienced and results-oriented financial official,” but said he would “find himself in a challenging position,” like his predecessor.

”Over and time again the regulators have struggled to meet some of the difficult tasks — modernizing securities markets, engineering rising equity prices, while protecting investors and ensuring market stability,” Mr. Hu said in an email.

While Mr. Liu has little experience with markets, he does have connections. In the mid-1990s, he worked the state-owned China Construction Bank. The bank, at the time, was was headed by Wang Qishan, who is now overseeing the anticorruption campaign as one of seven members of the Communist Party’s ruling Politburo Standing Committee.

The new securities chief may be in an impossible position, expected to control inherently uncontrollable markets and take the blame if the efforts fail. The push by Mr. Xi’s government to assert state control over the markets and the economy go against the philosophy of China’s early reformers under Deng Xiaoping, the paramount leader who sought to give more space to the market.

“The approach that they took toward the stock market is telling me that they are not willing to let go control,” Yasheng Huang, a professor of political economy and international Management at M.I.T., said of China’s current leaders in a December interview.

One former Chinese financial official, who requested anonymity so he could freely discuss personnel issues, said Mr. Xiao, the former securities chief, might be heading to a new post to help oversee economic policy under China’s cabinet. The influential magazine Caijing also reported on Saturday that Mr. Xiao may be moving to a new government position.

The shake-up at the securities regulator is also likely to result in renewed questions about the eventual retirement of Zhou Xiaochuan, the head of China’s central bank since 2002.

When Prime Minister Li Keqiang criticized the government’s handling of financial markets at a meeting last Monday of the State Council, China’s cabinet, he cited the government’s management of the currency. The currency falls under the direct purview of the People’s Bank of China.

Mr. Zhou, 68, was widely revered as the man who spearheaded considerable financial deregulation. He also led the country’s currency, the renminbi, to recognition by the International Monetary Fund last November as one of the world’s main reserve currencies.

But Mr. Zhou’s stature suffered following an abrupt 4 percent currency devaluation last August, and continued weakness at the end of the year and into the next. The currency situation greatly alarmed financial markets. Economists and other monetary specialists around the world, including Christine Lagarde, the managing director of the International Monetary Fund, publicly called for the Chinese central bank to communicate better with financial markets.

“He would be a good scapegoat now,” said Minxin Pei, a specialist in Chinese politics at Claremont McKenna College. “Three years ago, it would have been ungrateful” for anyone to suggest that he retire.