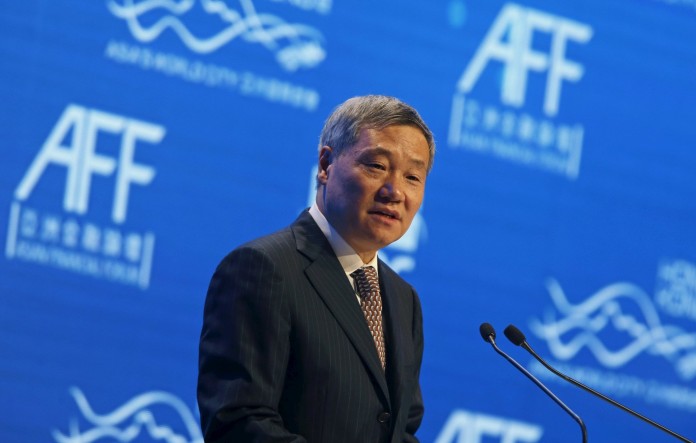 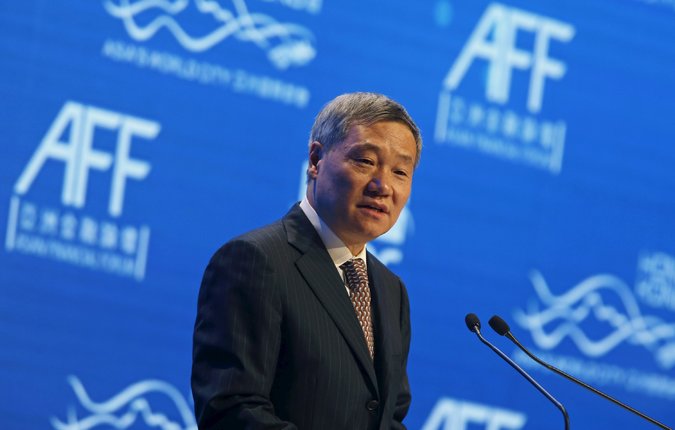 Xiao Gang, who was replaced as chairman of the China Securities Regulatory Commission, had been criticized for allowing a speculative bubble to form in the country’s stock market.

The move reflects the increasing pressure on the Chinese leadership to bolster confidence at home, as questions mount about Beijing’s ability to manage the economy, the currency and the markets.

Just days ago, Prime Minister Li Keqiang castigated the country’s financial regulators for their handling of a steep plunge in stocks since last June and an erosion in the value of China’s currency.

The China Securities Regulatory Commission, led by Mr. Xiao, 57, has taken a big dose of blame for the problems.

He attracted significant criticism for allowing a speculative bubble to form, in which share prices more than doubled in a year. When it burst last summer, those shares gave up all of their gains, hurting millions of families who had borrowed heavily to buy stocks.

As stocks sank, the regulator also intensified the market mayhem. Two measures, intended to stabilized stocks, have been widely blamed for producing a weeklong rout in China’s stock markets that unsettled investors around the world.

Why China Is Rattling the World

Mr. Xiao defended himself in a long statement on his agency’s website in mid-January, analyzing the causes of his country’s recent financial sector difficulties. He said the turbulence in China’s markets, including another nose dive in share prices last summer, was partly caused by the inexperience of investors and the immaturity of the local market.

But he also conceded that recent troubles reflected an “imperfect trading system, flawed market mechanisms and inappropriate supervision systems,” together with an exodus of seasoned personnel from his agency.

Mr. Xiao will be succeeded by Liu Shiyu, 54, chairman of the Agricultural Bank of China and a former deputy governor of the People’s Bank of China, according to the news agency.

Mr. Liu was trained in engineering at Tsinghua University, but started a career in the state banking sector in the 1980s, according to the news agency.

His task will not be an easy one.

Anticorruption investigators have been scrutinizing the agency, trying to ascertain whether staff members tipped off friends about their decisions, particularly during the market’s fall last summer. New rules also make it hard for the spouses and children of regulators to live overseas, even though the regulatory agency has also been widely accused of lacking workers with international experience and connections.

But the biggest challenge for Mr. Xiao’s successor may be a lack of autonomy. The senior leadership in Beijing gave little latitude to Mr. Xiao, and it is likely to vet and second-guess his successor as well.

“Even changing him is not going to change the system,” said Hao Hong, the chief strategist at the Bank of Communications International, the overseas arm of one of China’s largest banks. “I don’t see how someone else will want to take his job; he has a very unenviable position.”

Mr. Xiao, who earned an undergraduate degree from Hunan University and a master’s degree in law from Renmin University, spent much of his career in finance.

He started at the People’s Bank of China in 1981. At the central bank, he held several posts, including director general of the fund planning department and the monetary policy department, working his way up to deputy governor.

In 2003, he moved to the state-owned Bank of China, where he served as chairman of the board and secretary of the party committee. While he was at the Bank of China, he described the rapid growth of country’s shadow-banking sector as “fundamentally a Ponzi scheme.”

Mr. Xiao took over at the securities regulator in March 2013, putting him at the helm during the rise and the fall of the Chinese stock markets.

When the markets started tumbling, Mr. Xiao’s agency rolled out a raft of measures to help stabilize the situation. He halted initial public offerings of stock and banned share sales by large stakeholders.

The regulator’s efforts worked for a while, but they started to backfire in January.

It was intended to provide a cooling-off period. But in practice, it added to the anxiety in the markets.

As markets began sustained slides, investors rushed to sell as many shares as possible before the circuit breakers could shut down trading. The thresholds were hit in quick succession, twice during the first week of trading in January.

Further policy measures only added to investors’ confusion. The ban of share sales was supposed to expire, and the country’s central bank was pushing down the value of the currency.

As China’s stock markets and the value of the renminbi tumbled faster, the country’s leaders ended up scrapping all three policies in less than 24 hours. The circuit breakers were repealed, the ban on sales of shares by large stakeholders was extended, and the central bank intervened decisively in currency markets to halt any further drop in the renminbi.

“It was a correct strategy to take market-stabilizing measures against unusual movements in stocks and the currency last year.” Prime Minister Li said last Monday of the State Council, China’s cabinet, according to the government-controlled Beijing News. “Looking back, the major responsible departments took inadequate actions and had internal management issues.”